I was lucky enough to get to go on a Moms-only trip to Portland, Oregon in March. We try to get away once a year and we chose Portland because it’s just 3 hours from our homes in the Seattle-area. We all have 3-year-olds, so it’s a comfortable distance. I started researching hotels immediately. Since one of the Moms in our group was super pregnant, we wanted to find somewhere centrally located (where we could walk to stuff) but that also offered food options in case we ended up just hanging at the hotel. And cleanliness was of highest priority.

After a lot of research and group input, we decided to try Sentinel Hotel which is ideally located in the heart of Portland’s city center, not far from the Pearl District and waterfront. In 2016, it was ranked #1 Best Hotel in the PNW by Conde Nast Traveler. Although Sentinel Hotel is a luxury hotel, the alternative spirit of Portland has permeated through their walls. Their extensive list of signature amenities include a pillow menu, pet services, and locally made Salt & Straw gourmet ice cream. They even have a number of beehives on their rooftop where BeeLocal produces artisanal, local honey. 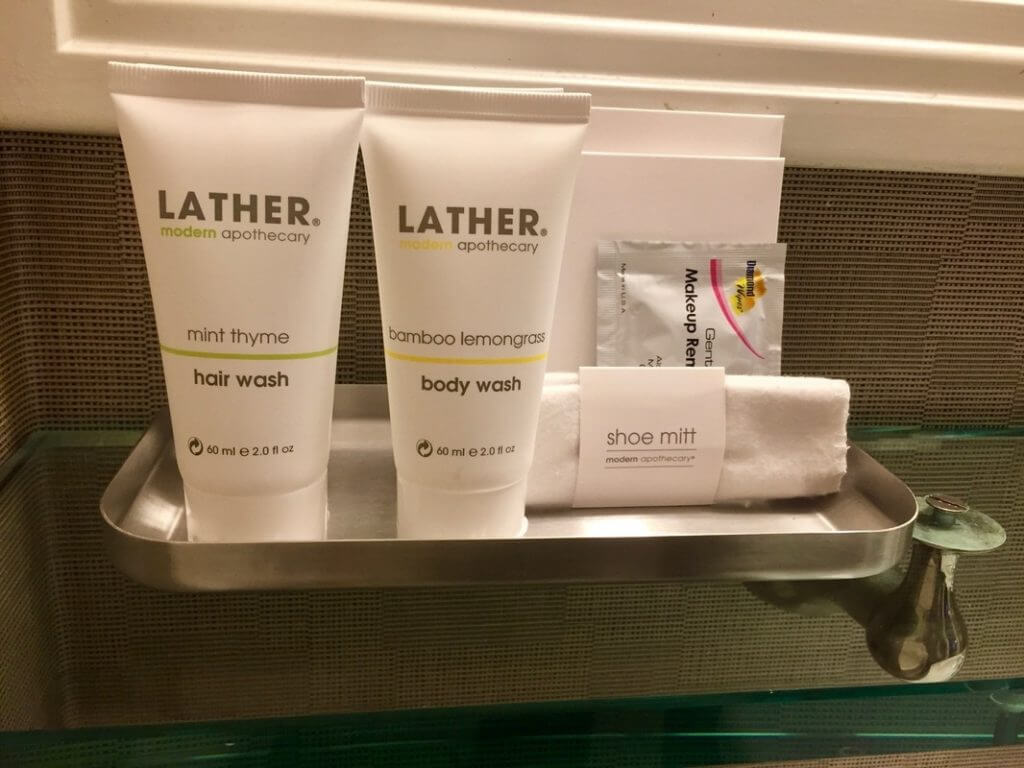 They offered a great assortment of toiletries, including make-up remover and a shower cap.

Because we were on a Moms’ getaway, I paid close attention to amenities I look for when traveling. Usually, I’m disappointed with the toiletries as they usually just offer soap, shampoo/conditioner, and lotion. I was thrilled to see they also offered body wash (that actually smelled good), make-up remover (something I ALWAYS forget) and a shower cap (which makes my world so much better.)

Out of the three rooms we had, mine was the only one that had this menu card in it. Usually when I get into a hotel room, the first thing I do is look at the binder that has all the hotel info. I like to know what my options are. It’s cool how streamlined this was and really got to the point. I also feel like we should have tried out the Pillow Menu and ordered from Salt & Straw. However, we spent a lot of time out and about exploring Portland.

But, it’s definitely worth noting that we found some special items in the mini bar area. In 2/3 of the rooms, there were “Love Kits” featuring personal massagers. This was the first time I’ve seen something like that in a hotel mini bar and we thought it was hysterical! 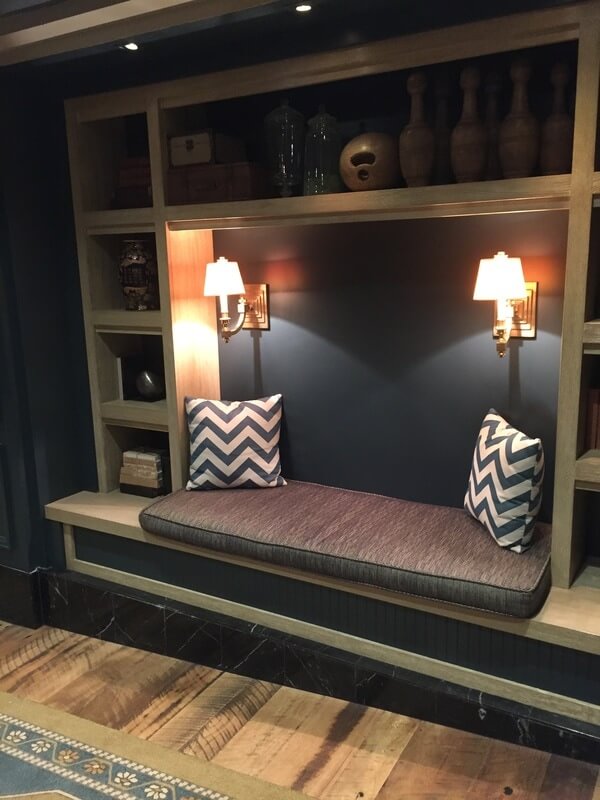 Between the lobby and the restaurant were little seated areas hidden away. 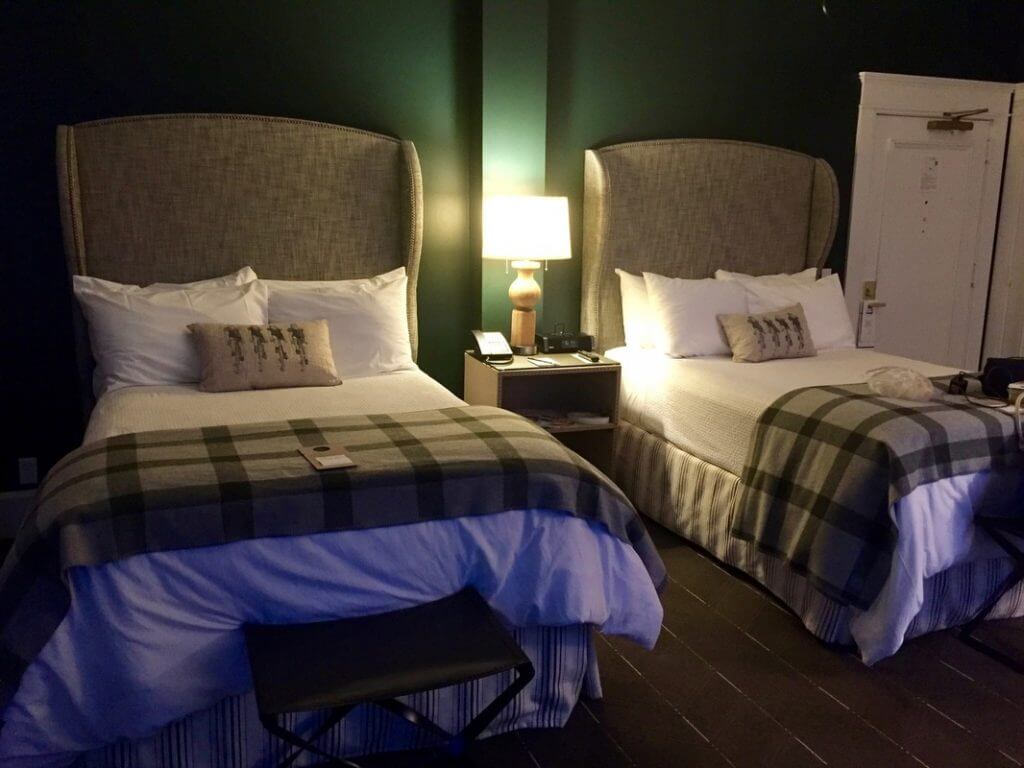 Even with the lamp on, the room felt very dark in the evening. 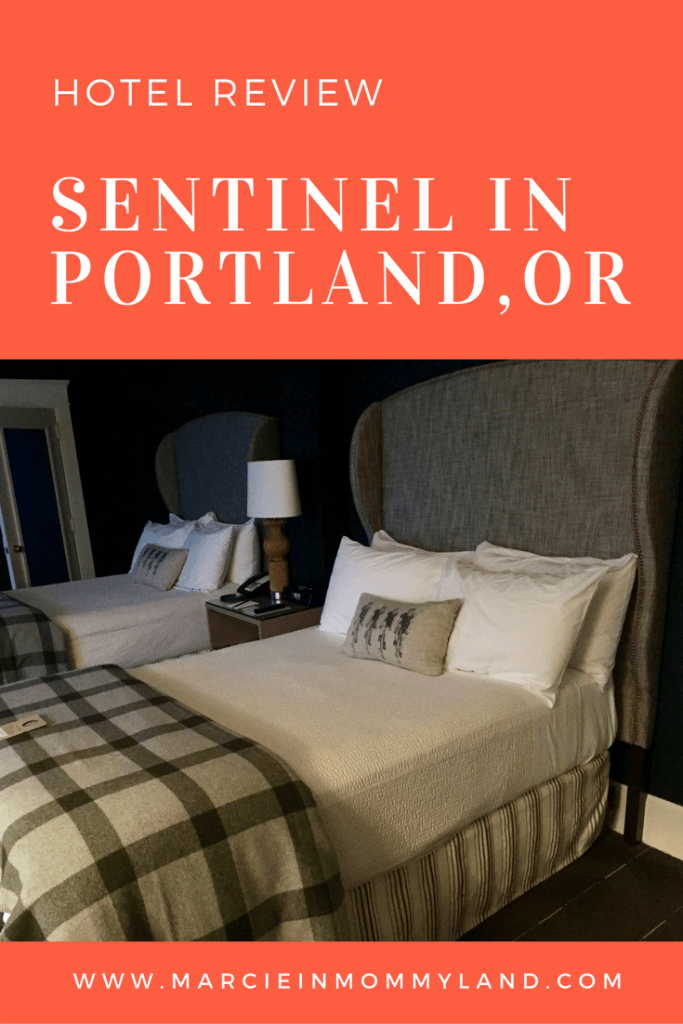 I like the attention to detail and the decor in the rooms. I also really like the hidden seated areas, so cool! Thanks for sharing an honest review.

I think honesty is important when it comes to hotel reviews!

This looks like a great place! We would love to visit Portland again. We had so much fun there.

This hotel looks very neat. I am really enjoying your blog posts. I am inspired to travel more with my family!

This hotel looks really clean and comfortable. Those are things that I definitely look for when I am traveling away from home.

I have been thinking of moving to Portland. I think it's such a cute city! These hotel looks so great, if I visit I will definitely be checking this hotel out.

It's an awesome place!