My family absolutely loves Vancouver, but I’ve never really explored the surrounding area. When I heard about the West Coast Railway Heritage Park in Squamish, BC I knew this would be the ultimate destination for my train-enthusiast toddler. When I looked for other Squamish things to do in the area, I saw that we’d also be passing by the Sea to Sky Gondola. It looked amazing and picturesque. I figured we could manage two major tourist attractions before my toddler would need his nap.

The drive to Squamish, BC from Vancouver, BC is about an hour away. The highway has stunning views of the water and the mountains basically the entire way. There are also several scenic lookout points that would be worth stopping to snap some photos or eat a sack lunch or do an emergency diaper change.

This Squamish train museum feels like the middle of nowhere. We turned off the highway and head into an industrial area, which makes perfect sense if you think about it.

There is great signage that took us directly to the park. The entrance is inside the Roundhouse. This is where we bought our entrance tickets, mini-train tickets and perused the fabulous gift shop. The staff person gave us a park map and told us his suggested route.

Being 7 months pregnant, my first stop was the restroom!

My toddler insisted that we experience the mini train first, so that’s what we did. We lucked out and were the only ones on the first train of the day!

The mini train is like no other we’ve done. The conductor sits on a miniature engine and the passengers straddle a cushy seat and put their feet on each side.

Even though there were no seat belts or restraints, I felt really safe and just sat close to my toddler. We LOVED the little train ride!

The highlight was driving past a model train village and watching the train go all around, over a bridge and through a tunnel. We got to see this twice.

Partway through, the conductor had us get off so he could turn the train around. We were encouraged to look at the museum but my son was intent on watching exactly what the conductor was doing.

As soon as he was set, my 2 year old leapt up and grabbed some seats for us and away we went. There were a few more stops at little train stations along the way. We got off where they had the kids play area.

The kids play area consisted of a train play structure, which my son thought was really fun! He pretended to be the train conductor and told us to sit in the back and be his passengers. There is also a huge sandbox filled with sand toys.

My toddler started to dig in when he saw the train tables. They have 4 Thomas the Train tables set up outdoors under a roof. The tracks are screwed downs and 3 of the tables are identical. Even though we have a train table at home, we spent a long time here. Thankfully, they have benches for parents in the shade.

We also explored a few of the trains outside. My 2 year old’s favorite was a train that had an extensive model train exhibit inside. He was able to see most of it standing on his own but there were a few parts where he asked to be picked up so he could see better.

This train was much cooler temperature-wise than the other cars. We found the mail car to be quite stuffy.

We also ventured into the house that is set up like it was in the early 1900s. It was very cool to see how the house was laid out and some of the antiques inside. My son was eager to climb upstairs, until he saw the mannequins and then we quickly left the house.

Our final stop at this train museum in Squamish was the Roundhouse. It houses some beautiful trains that you can climb inside. We were even able to ring the bell in one of the trains. It was so easy that my 2 year old was able to ring it all by himself.

They had some fun cut-outs of old-timer people for photo ops, which was cute. We headed to the gift shop on our way out because my toddler fell in love with an item and we just had to get it for him and we wanted to support this cool non-profit.

READ  The Polar Express in Squamish, BC is Magical

Know Before You Go to the West Coast Railway Heritage Park in Squamish:

READ  10 Tips for Day Out with Thomas

SEA TO SKY GONDOLA IN SQUAMISH

By the time we finished with the West Coast Railway Heritage Park, my toddler was getting sleepy. We kept him awake by singing for the 10 minutes it took to get to the Sea to Sky Gondola from the park.

The parking lot is gravel and pretty clearly marked what direction to go. The ticket area is really nice and set up very well.

We easily got our tickets and headed straight to the line to hop on board a gondola. I think we waited 2 minutes before getting in a private gondola to head up the mountain.

The view from the gondola was absolutely breathtaking and it kept getting better and better the higher up we went. I was a bit worried that my 2 year old might not like the ride but he told me it was “awesome!”

After about 10 minutes, we reached the summit and headed to the first lookout point. The view was unbelievable!

My son was determined to cross the suspension bridge, so we immediately headed there. It was much less wobbly and shorter than Capilano Suspension Bridge and he was able to walk it pretty confidently holding our hands.

About 3/4 of the way across, a staff member asked if we would like a professional photo. We declined, but I can see how that would make a unique family photo!

READ  Is it Crazy to do the Capilano Suspension Bridge with a Toddler?

Once we were across, we reached another scenic lookout point which had another gorgeous view of the water and the mountains. Washington State is stunning, but this is on a whole other level!

We decided to walk up the first few feet of one of the hikes just to get some shade and see what the view was like. It was 85 degrees at this point and we figured we better head back down and grab lunch and drinks before my toddler melted down.

So, we walked back across the bridge and got in line for the gondola. It was much more crowded to head down and we got in line right before the mad rush. I was pleasantly surprised to see they had cups and water for those standing in line.

The whole activity was one big photo op! My phone actually told me I couldn’t take any more photos due to space and I frantically deleted a bunch so I could continue snapping pics. We could easily have spent all day here, especially if we were interested in hiking.

I’d probably recommend 2-3 hours, especially if you want to eat lunch there.

Know Before You Go to the Sea to Sky Gondola in Squamish:

If You Have More Time in Squamish, BC

We didn’t visit the Britannia Mine Museum during this trip, but it’s topping the list for our next trip to Squamish with kids. Wondering what to do at this Squamish mining museum?

I know my preschooler would love doing the underground train and learning about a real mining tunnel. It’s a National Historic Site, as it was once the largest copper mine in the British Empire. Sounds like a great place for an educational experience while having fun!

Where to Stay in Squamish, BC

If you are looking for Squamish accommodations, here are my top picks:

With comfortable beds, high speed Internet, and complimentary continental breakfast, including French toast, muffins, bagels, boiled eggs, yogurt, hot and cold cereals, and much more, every day, Sandman Hotel & Suites Squamish is the perfect place for an adventure-filled holiday or a short stopover.

Plus, this Squamish hotel has a fun waterslide and pool area for families.

This resort provides a choice of 111 Studio, One or Two Bedroom Hotel Suites that offer comfortable, mountain-influenced, condo-style accommodations with world-class amenities and scenic views. Plus, dogs are welcome!

Tourism Vancouver provided admission to the Sea to Sky Gondola for review purposes.

This private 6 hour tour picks you up from your hotel in Vancouver and covers the Sea to Sky Gondola, West Coast Railway Heritage Park, Shannon Falls, the Stawamus Chief mountain, and the Britannia Beach Museum.

For kids ages 5 and up, spend 4 hours splashing down Cheakamus River! You’ll get to go through class 2 rapids and float downstream to Paradise Valley. This is an adventure for the whole family!

What to do in Vancouver, BC with Kids: 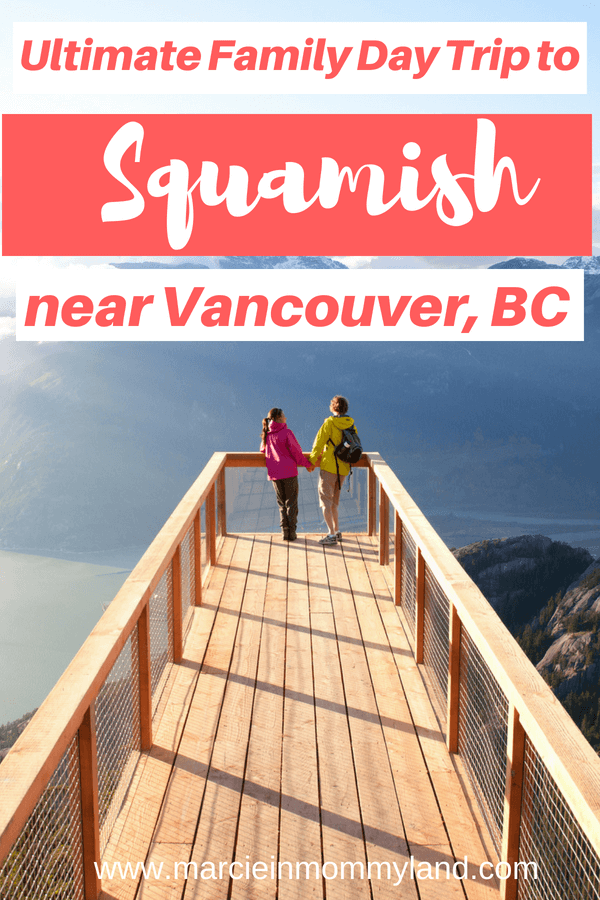 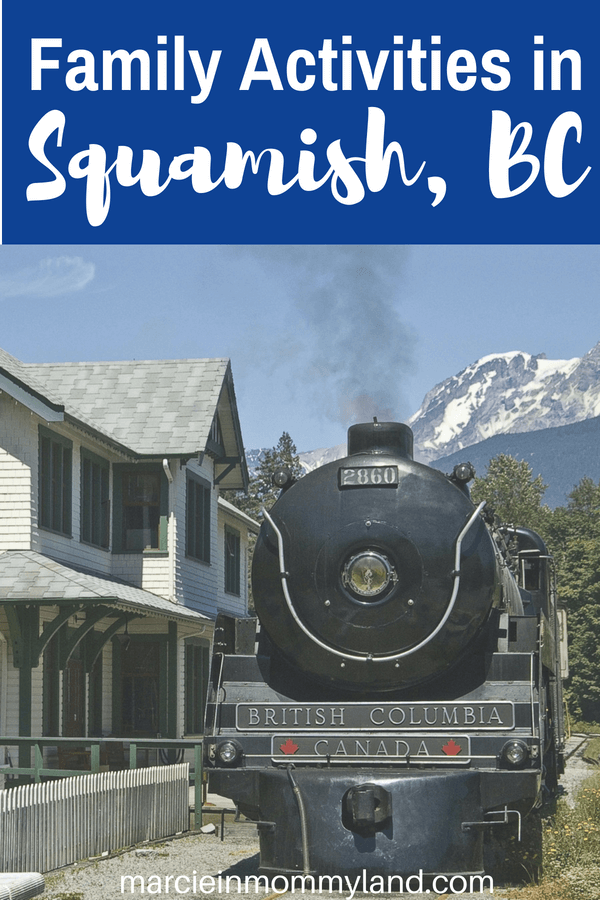 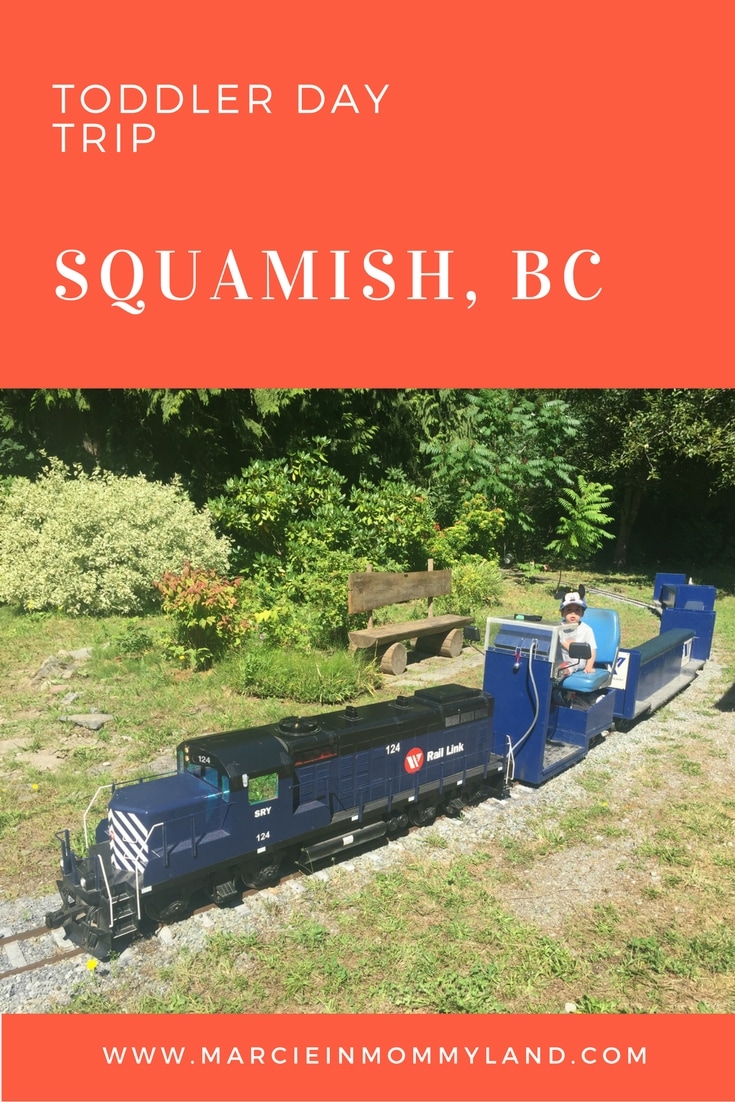 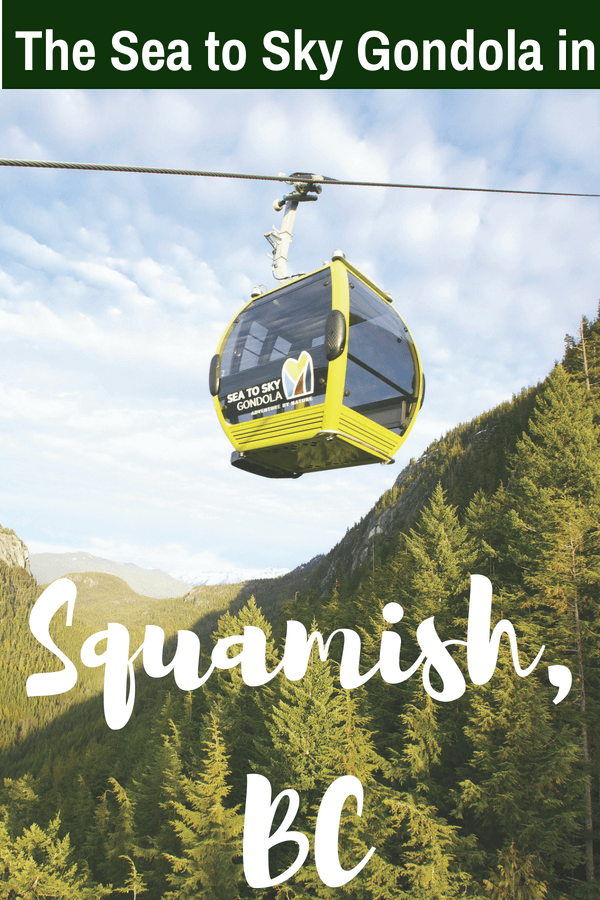 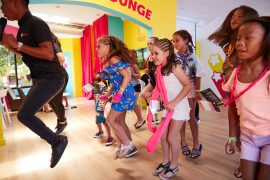 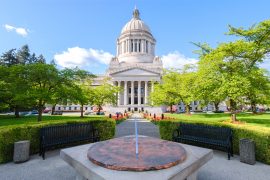 Visiting Olympia WA: Top 10 Fun Things to Do with Kids 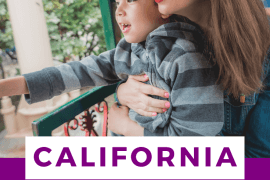 Kids Activities at Knott’s Berry Farm CA: The Best Rides & Other Fun Things to Do