On our first trip to Disneyland Resort, we had the fortune to get reservations for three character dining experiences. We went with a cast member and his family who had discounts on dining. The food, service and experience varied greatly between them.

Overall, I’m glad we did them but next trip we will schedule our character meals a bit differently.

On our first night at Disneyland Resort, we had a 5:30pm reservation for the Goofy’s Kitchen character dining experience at the Disneyland Hotel.
As soon as we checked in, we were ushered to meet Goofy and take photos. I had meant to bring along our photo matte to get autographs on and completely forgot.

But, not getting autographs let us really live in the moment. My toddler was very excited to meet Chef Goofy, but as we got closer, he just wanted us to hold him while we talked with Goofy.
But, by the end, Goofy gave him a high five and my toddler couldn’t stop talking about how he high-fived Goofy! 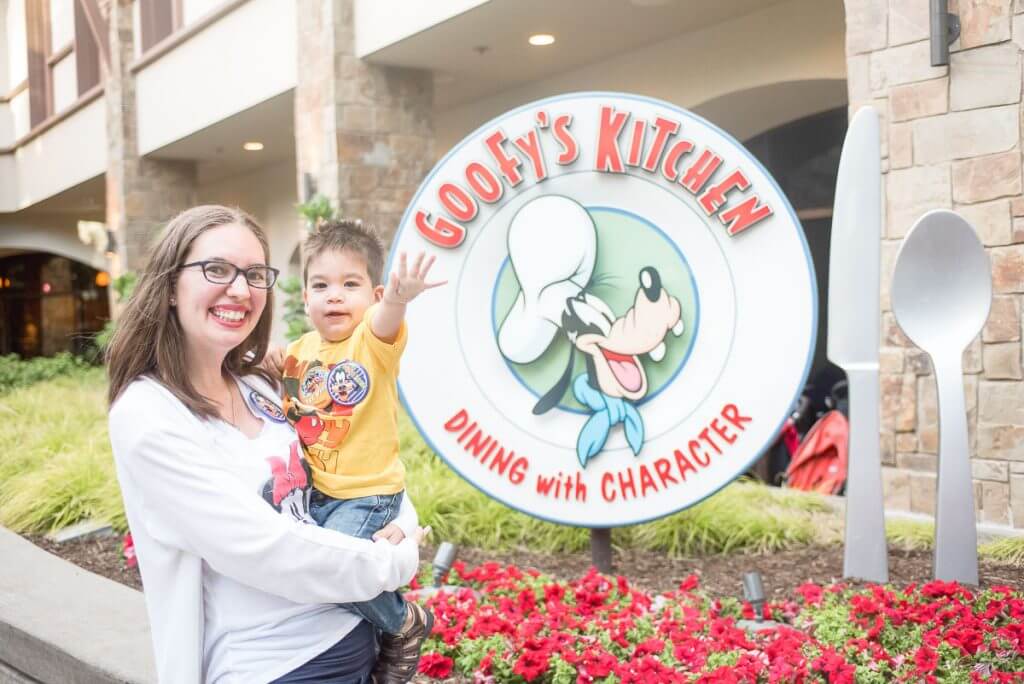 We were really impressed with the quality of food at this buffet dinner. They had quite a selection for both adults and kids. And the dessert assortment was pretty amazing!

Every half hour or so, the characters would parade through the restaurant and all the guests would wave their napkins. This also stood out to my toddler and he wanted to dance along too!
Throughout the meal we were greeted by Minnie Mouse (a favorite with the boys), Chip and Dale, and Pluto.
Since this was the first time my toddler and his friend were meeting the characters, they were pretty nervous.
The cast members were true professionals and knew how close (or far away) they needed to be and still gave them a great character appearance!
I’m glad we did this on our first night because it really warmed up the boys to the idea that we’d be seeing lots of their favorite characters over the next few days. We will definitely do this character dining experience again!

Character Breakfast at Surf’s Up! Breakfast with Mickey and Friends

We did this Surf’s Up! Breakfast with Mickey and Friends character dining breakfast on our first full day at the park.
When we arrived for our 8am reservation, we had to wait about 10 minutes to be seated. We were then ushered in for a group photo with Surfer Mickey and we were seated right in front of Mickey.
Since no one was lined up to meet Mickey, I quickly walked over to get an autograph on our photo matte and Mickey happily obliged. 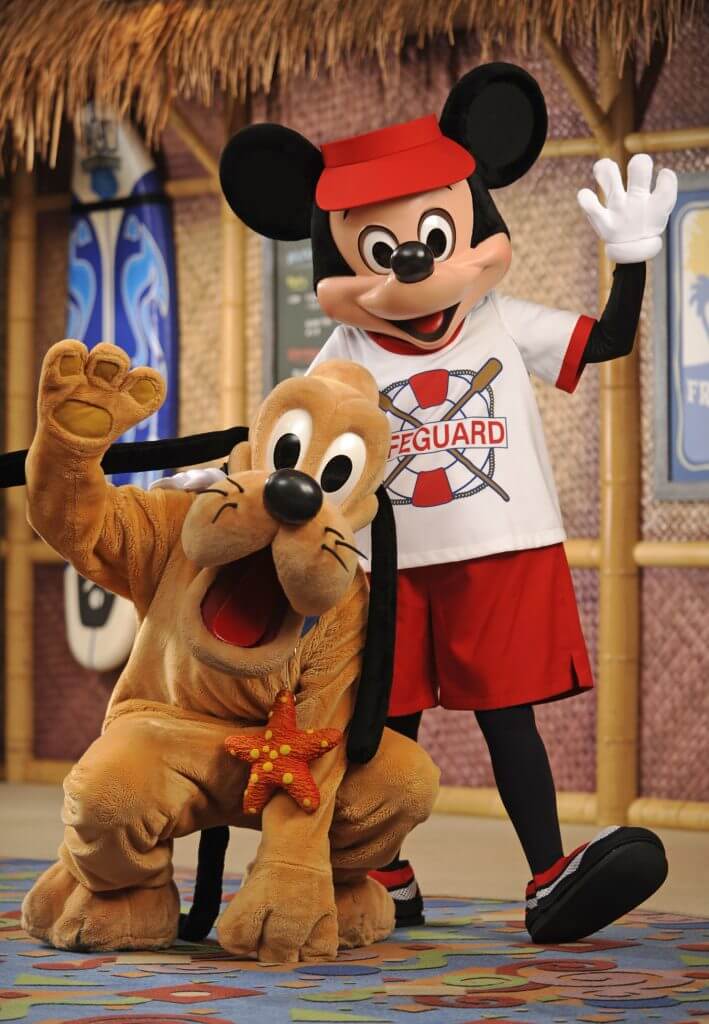 If you want to guarantee a photo with Mickey Mouse, head to the Surf’s Up! Breakfast with Mickey and Friends at the PCH Grill at Disney’s Paradise Pier Hotel. Photo credit: Disneyland News

The buffet food was decent. We especially enjoyed the little Mickey waffles and the fruit. I liked that they had fruit smoothies available, but the cantaloupe one I had was not very tasty. The eggs were really watery.

It was then a full hour before any characters came to our table, which was disappointing.

At that point, we were all done eating and wanted to head to the park, but wanted my toddler to at least see a few characters. We told our waitress who told us she had no power over character visits. 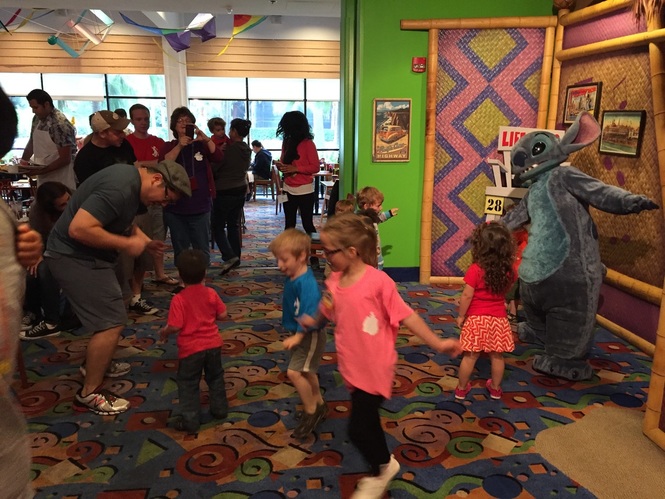 My toddler and husband dancing with Stitch at the Surf’s Up! Breakfast with Mickey at Disney’s Paradise Pier Hotel

However, a few minutes later, Minnie Mouse came by followed by Stitch. Stitch actually had 2 dance parties while we were there and my toddler surprised us by rushing over to dance for a bit. It was a great way to handle antsy kids waiting for characters to come by.

For this reason, we’d do this Surf’s Up! Breakfast with Mickey again.

Ariel’s Grotto is located in Disney’s California Adventure Park. We arrived for our 11:20am character dining reservation and had to wait about 20 minutes. We were then ushered down a spiral staircase to meet Ariel.

They had us all on the right side of the staircase which made it a bit tricky with a toddler since he wanted to roam around a bit. 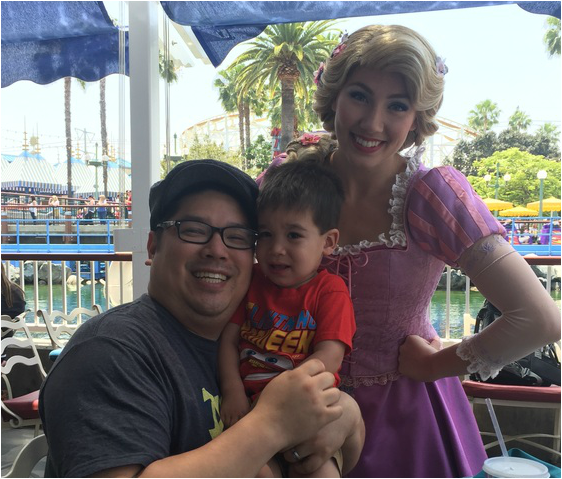 After we met Ariel, we were seated downstairs right by the cast entrance. This was the only character meal we went to that wasn’t a buffet. I ordered the crab chowder, which was really tasty!

My salmon, however, tasted really off and farm-raised. But, I’m from Seattle and am used to really flavorful salmon.

The princesses started coming out right after we were seated and we saw all of them before lunch was over. We got to see Princess Tiana, Belle, Cinderella, and Rapunzel.

We thought our toddler would love the princesses, but he was not interested (we discovered later that he was getting sick).

The dessert platter was really impressive and came with creme brûlée, s’mores and a chocolate strawberry.

Ariel’s Grotto princess character lunch was a really fun experience for the parents. However, our toddlers didn’t seem very interested. 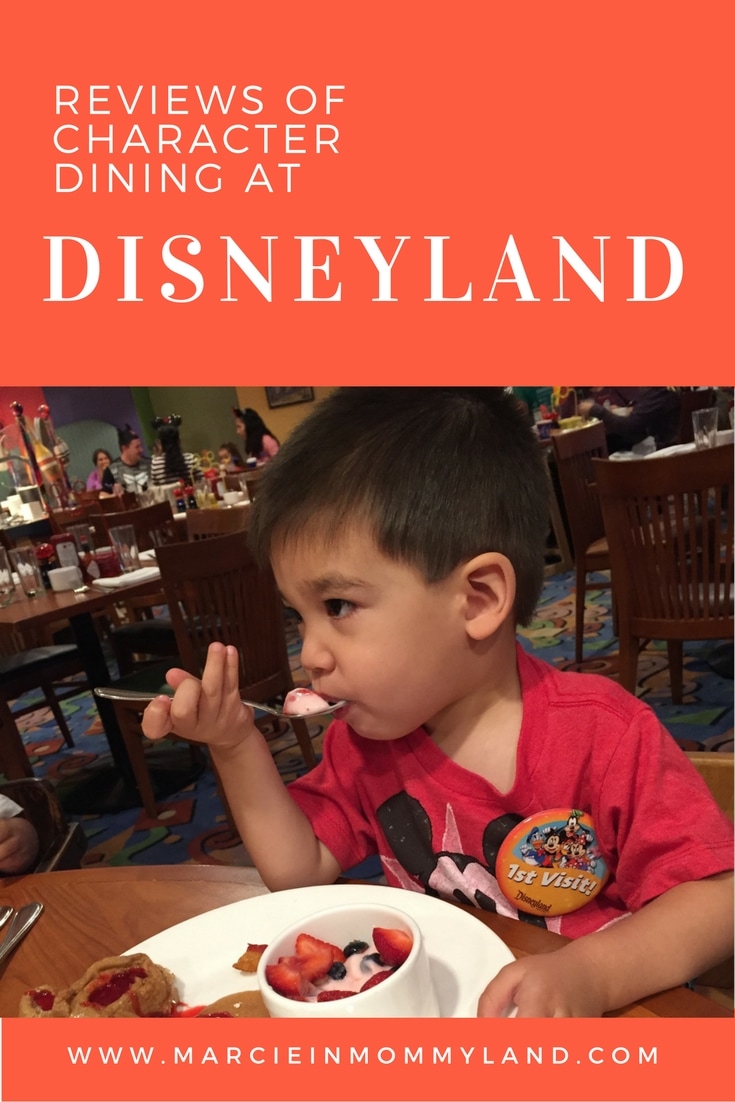 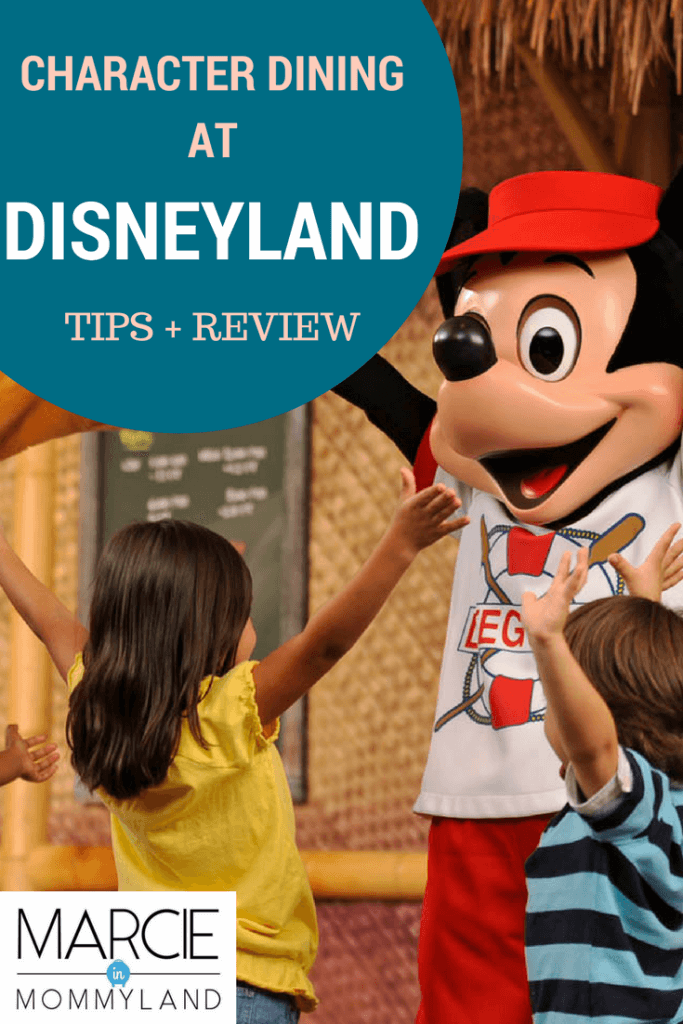 pinning for reference for our summer trip!

Glad to help! Have a fabulous trip!