Disneyland Resort is the most iconic location for a family vacation. I had never been before, but longed to go since I was a small child.

However, when we were looking for a family vacation destination that was a short flight from Seattle, Disneyland Resort kept coming up.

Our friends who also had a toddler decided to join us. So, we threw caution to the wind and booked our tickets to Disneyland with toddlers in tow.

We had about a month between when we decided to take a vacation to Disneyland Resort and when we were actually going.

It was in this time that we realized our 2 year old son might not recognize characters at Disneyland Resort and that really bummed us out.

Part of the fun of traveling for me is preparing for the trip, so I was determined to prep toddlers for Disneyland.

I’m so glad I did, because when we arrived at Disney’s Paradise Pier Hotel, he was excited to see the Goofy statue! 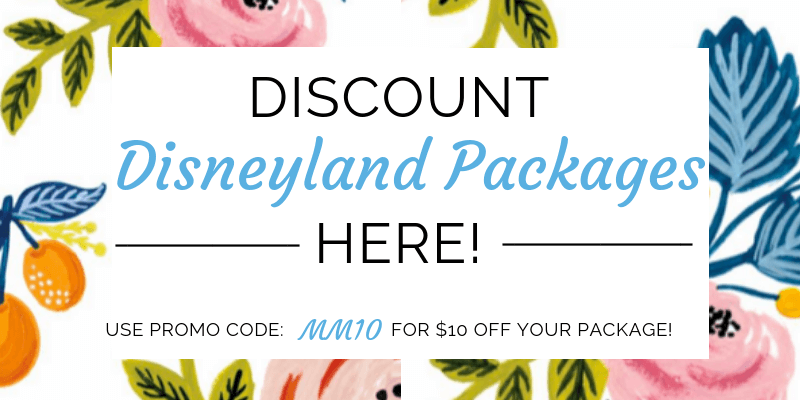 This may seem like a no-brainer. The important thing is to figure out what rides or activities (like Character Dining) you are planning on doing and making sure you show your child movies involving those specific characters.

We knew we were going to Cars Land, so we watched Cars and Cars 2 multiple times and it did make our experience there even more fun, especially when we got to meet Lightening McQueen and Mater! 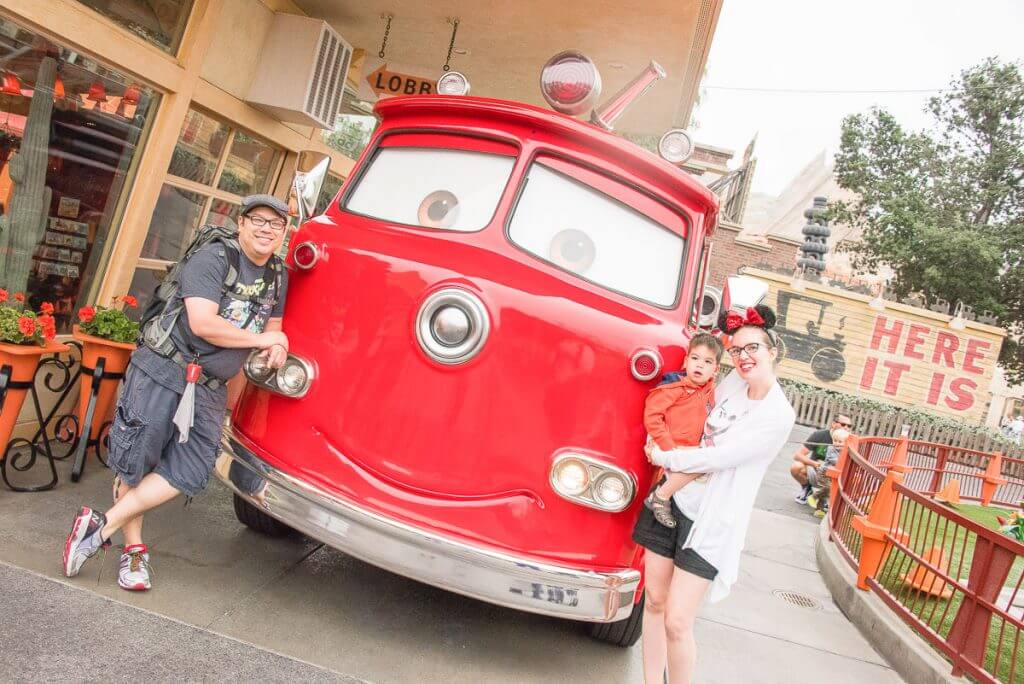 We used one Magic Morning to head straight to Cars Land to get photos with the characters. Photo credit: Disney PhotoPass

Since these are the main classic Disney characters at Disneyland Resort and they are everywhere, it’s nice for your child to understand that they are a big deal.

I found a few vintage clips of Mickey Mouse online and would show them to my son on my phone when he needed a distraction. 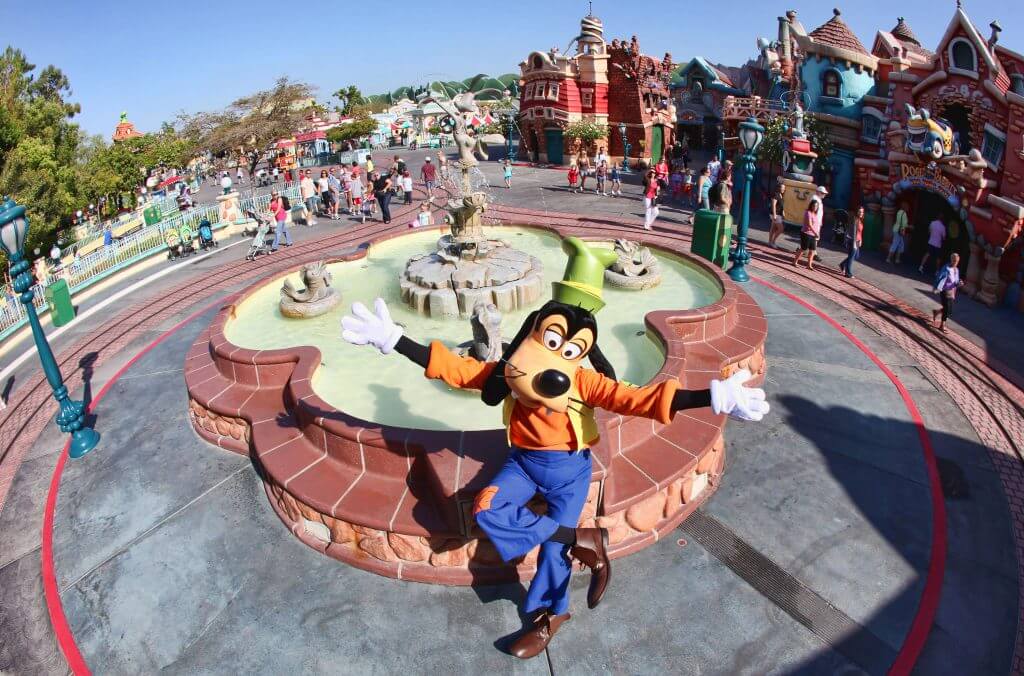 When you go to Disneyland with toddlers, Mickey’s Toon Town is where all the classic Disney characters hang out. Photo credit: Paul Hiffmeyer/Disneyland

We also found some compilations of Mickey and Friends on Netflix and that gave our son a great overview of the Mickey Mouse, Minnie Mouse, Donald Duck, Daisy Duck, Goofy and Pluto.

He really recognized them when we got to Toon Town and was excited to meet Mickey in person!

I ended up getting my toddler several Mickey shirts, a hat and pajamas a couple of weeks before the trip. He was so excited to see them and it became a game for him to spot Mickey Mouse on his clothing and on other people.

This was fun when we got to the park and he was pointing non-stop at people’s clothing shouting “Mickey!” or “Goofy!” This really played into the magic and excitement of being at Disneyland Resort. 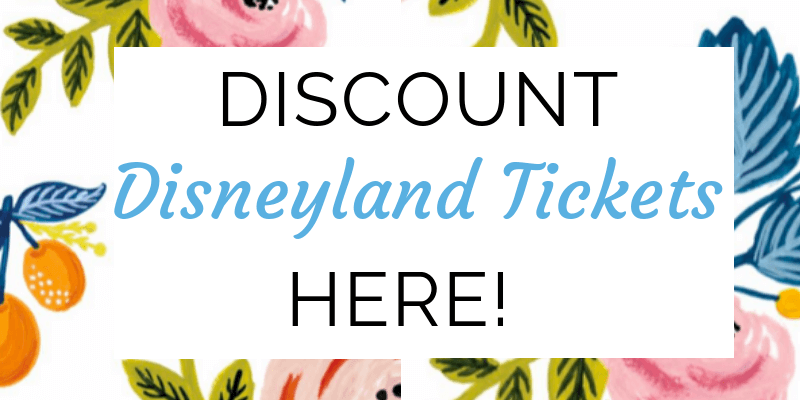 My toddler is scary good at maneuvering YouTube to watch videos of trains. Somehow he found a video of the Casey Jr. Circus Train and he was entranced.

So, I started pulling up videos of other toddler rides at Disneyland Resort to gauge his reaction. This helped me figure out which rides he’d like and which he wasn’t that interested in. 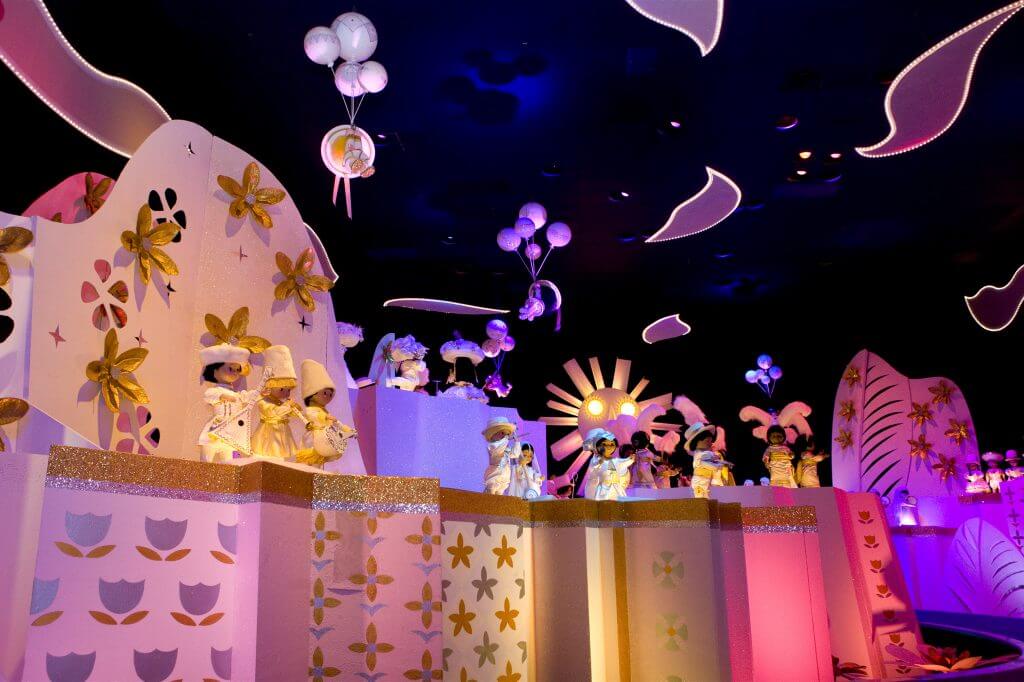 We watched videos of “it’s a small world” over and over and when we got to Disneyland with toddlers, the ride was a huge hit! Photo credit: Paul Hiffmeyer/Disneyland

One of our favorite videos featuring Disneyland toddler rides was “it’s a small world.” We probably watched 20 different ride videos.

Once we actually got to ride it, my toddler kept pointing at all the little details from the videos. Had we not watched the videos prior to our Disneyland trip with toddlers, I’m not sure he would have been as excited.

These were great as bedtime stories and helped my son identify characters and give some insight on their personalities.

They also had Disney coloring books, stickers, crayons, activity books, figurines and more! These were great to take on the airplane and have on-hand in the park so we could distract our son in line.

One of the best things I purchased prior to Disneyland with toddlers were Mickey Mouse glow sticks. They kept the boys entertained while waiting for parades. I kept them in my Disneyland diaper bag.

I was nervous that my toddler might get scared of the characters at the character meals. I was right. We bought him a plush of the main characters of the Character Dining experiences.

We gave them to him ahead of time so he would not only be comfortable and recognize the character. It also gave him something to use to interact with the character. 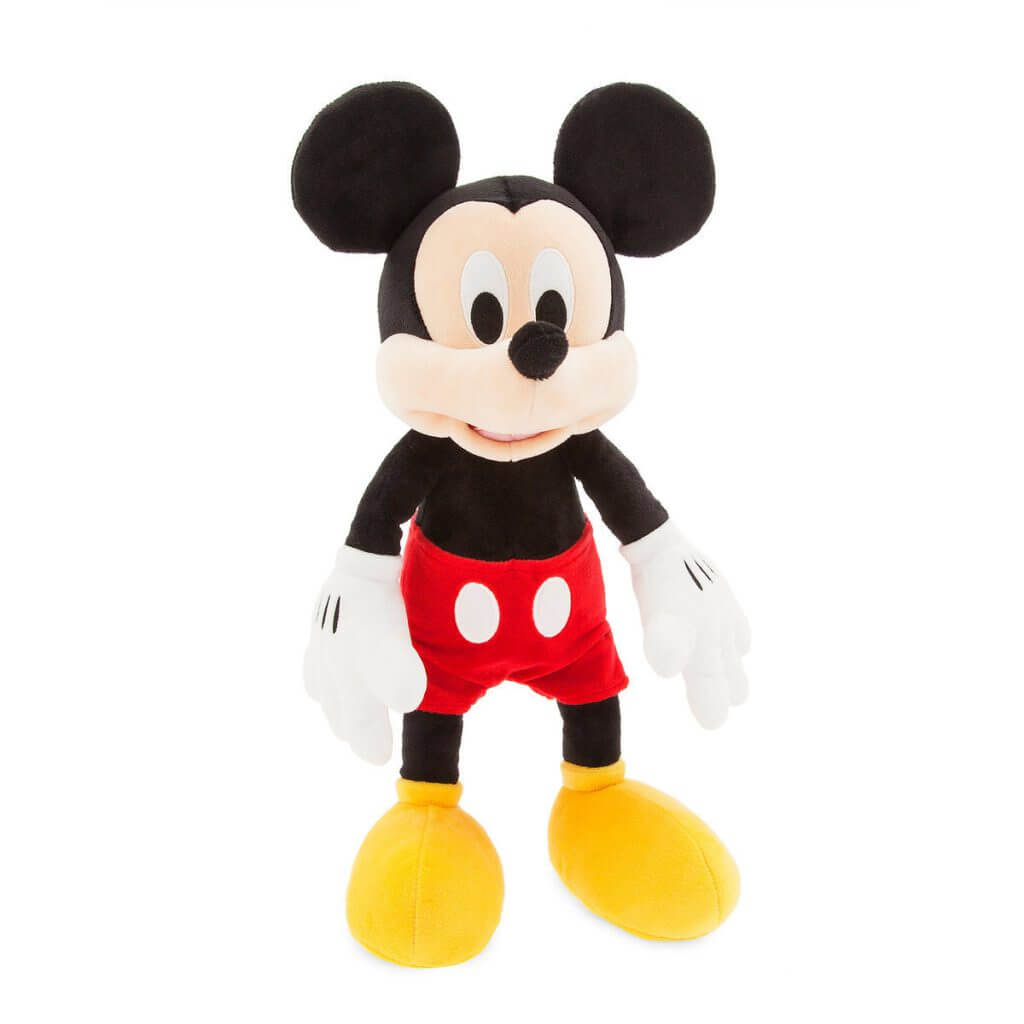 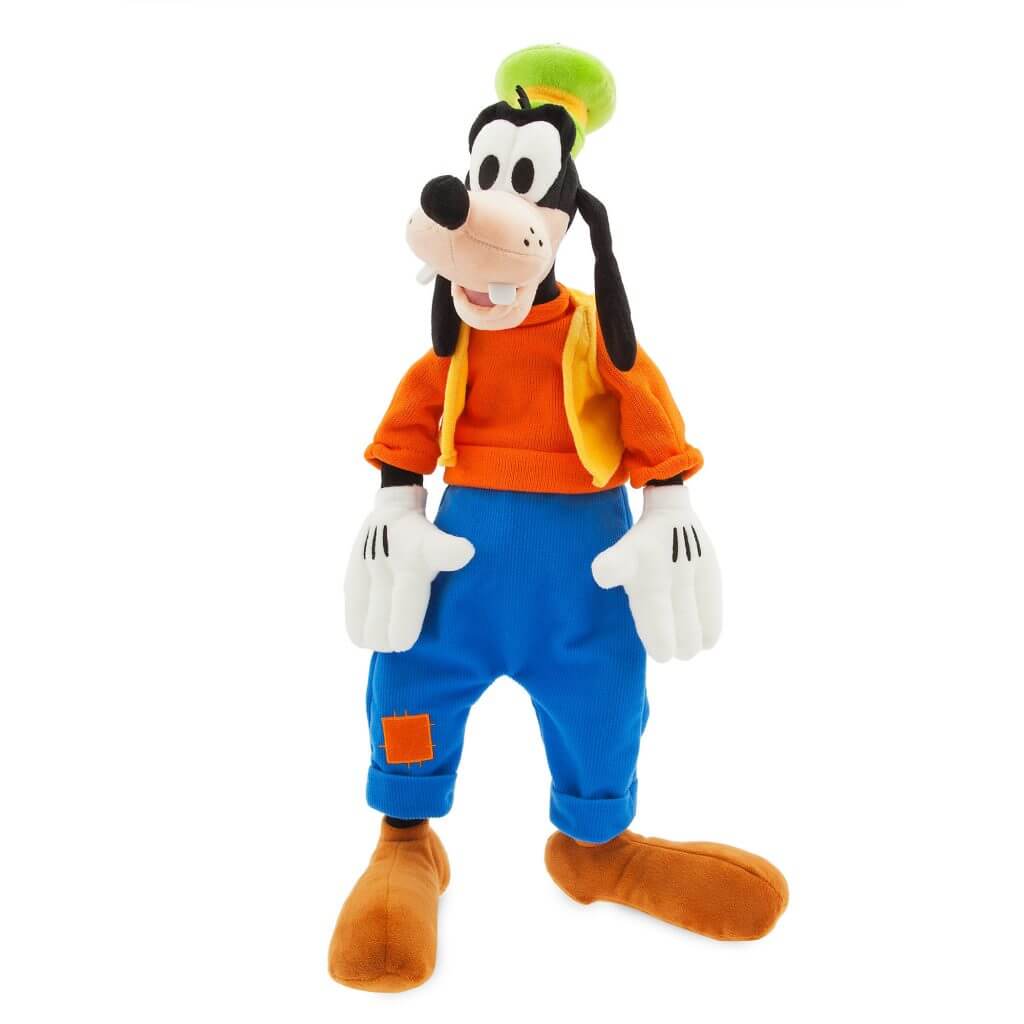 By the end of the trip, he was much more comfortable being around them. He still raves about high-fiving Goofy and Minnie Mouse kissing him. These Disney plushies made the characters easier to approach. 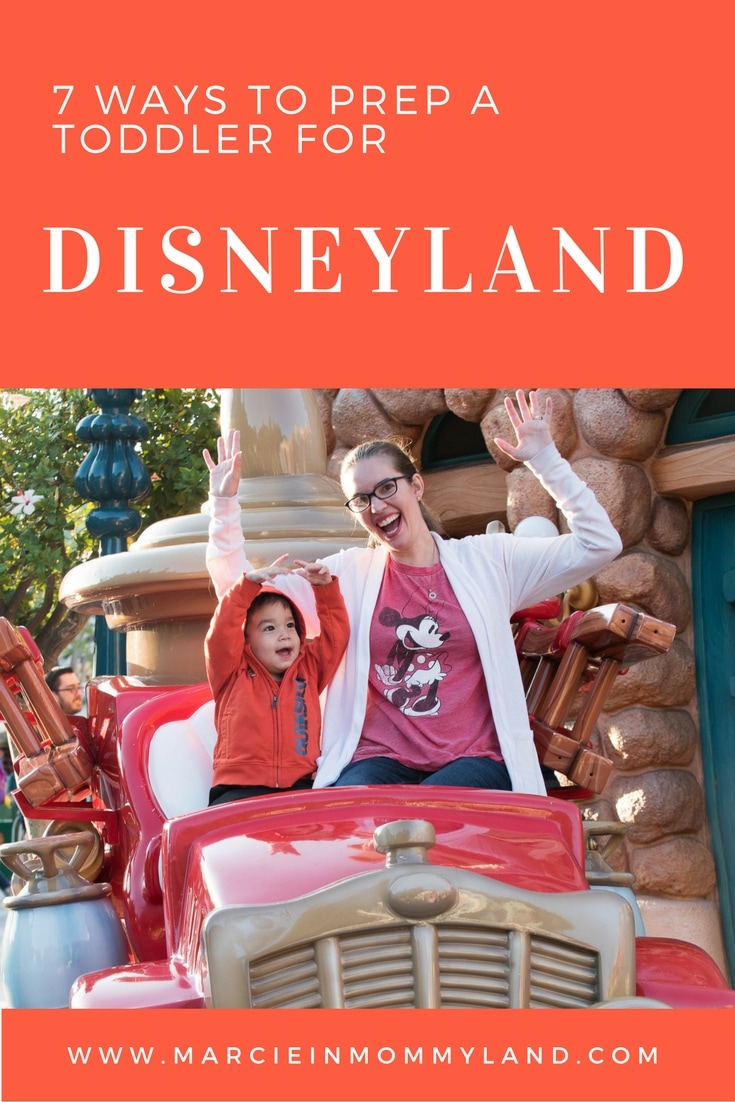 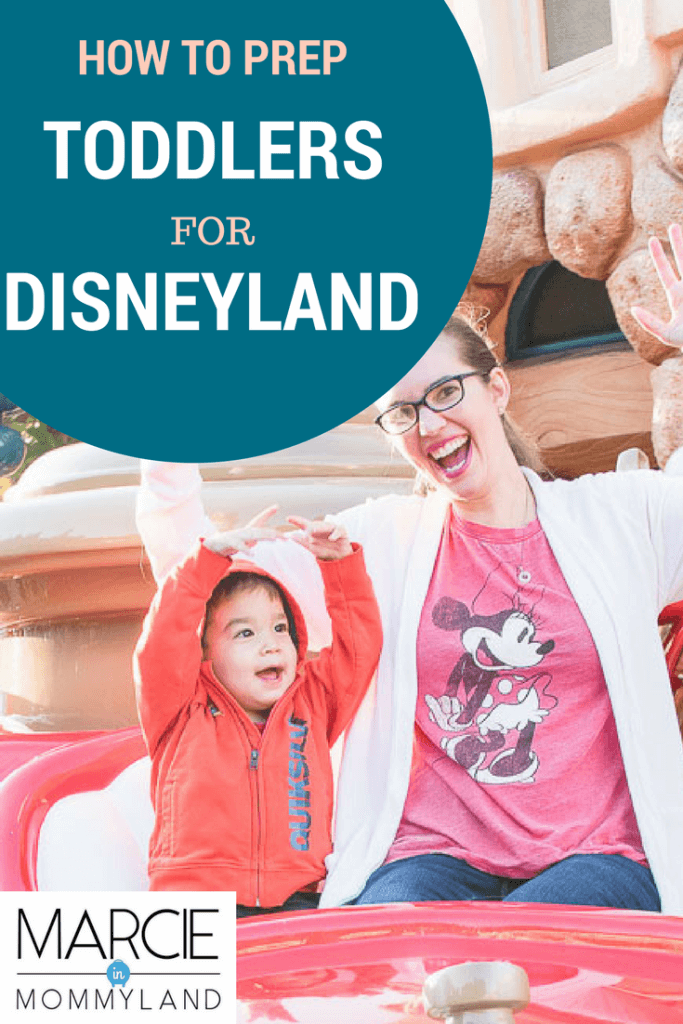 First off, you have a beautiful blog! I so couldn't imagine taking my little ones to Disney. My husband and I decided that we would consider it when they are six, so just two more years!

Oh thanks so much! Traveling with littles is nice because they are portable! I hope you have a fabulous Disney trip whenever you decide to do it!

We have been to Disneyland hundreds of times but our last visit over the summer was the absolute best. Our youngest daughter is two and she had the most fun!

I wonder how kids would go at Disney - afterall, we visited as adults and found it tiring!! But I more so wondered how they'd go with the overwhelming crowds! These tips are great

Your post reminded me of my daughter's first trip to Disneyland! She was a year old and so full of energy and excitement! She loved repeating rides! I daresay we finished past 10 p.m. and she was still ok!

Thank you for sharing . I will definitely use these strategies for my nieces and nephews. These are great way to prep them, I will forward this link to my friends as well.