Home » Disneyland » Best Places to get Breakfast in Downtown Disney

Planning on grabbing breakfast before you get into the Disneyland Parks? Find out the yummiest places to get breakfast in Downtown Disney. Scroll down to see them all!

This best places to get breakfast in Downtown Disney post contains affiliate links which means if you purchase something from one of my affiliate links, I may earn a small commission that goes back into maintaining this blog.

Downtown Disney is the main access point for those staying at the Disneyland resort hotels.

If you are passing through in the morning and have skipped the character buffet at the hotel, you may be looking for some other way to fill your stomach before you reach those main gate “turnstiles.”

Unfortunately, it isn’t that obvious where you can get a bite to eat, but there are so many great places right under your nose that are much better than your typical coffee-run sandwiches and pastries.

Here are the best places to get breakfast in Downtown to stop for a quick delicious and nutritious bite before you begin your day. 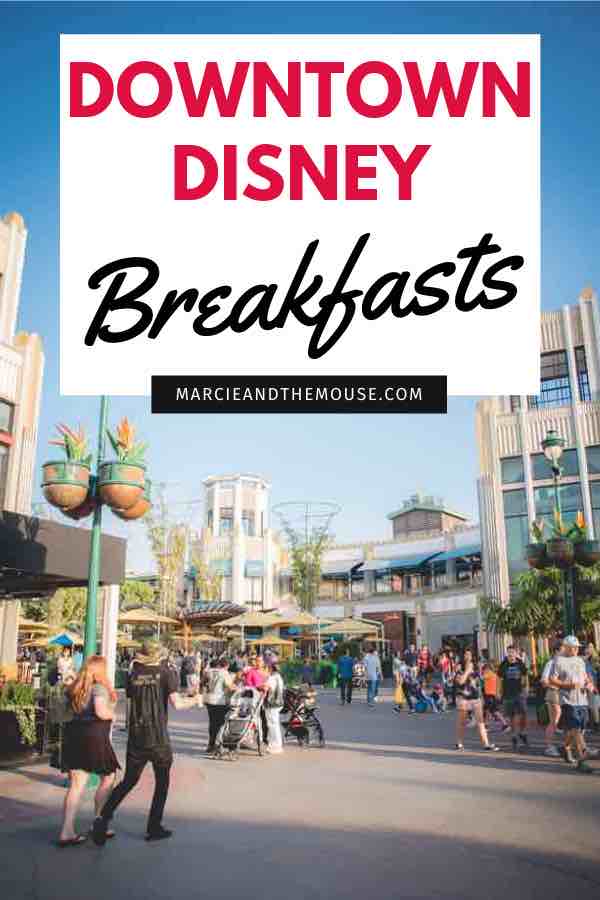 Tastiest Places to Get Breakfast in Downtown Disney

Catal is the fancy restaurant in the center of Downtown Disney. You can’t miss the UVA Bar just outside as you walk around it.

A lot of people don’t realize this restaurant is open for breakfast, because a lot of the signature table service restaurants aren’t.

However, for breakfast and lunch, this restaurant is much less formal.

For breakfast, the Mediterranean style restaurant serves all the major staples from breakfast burritos to greek yogurt. Catal offers standards like buttermilk pancakes and french toast as well as Chilaquiles, a sort of breakfast nacho plate.

The Breakfast service at Catal is from 8:00-11:00 am, so it’s perfect for those guests who are sauntering into the parks after a good night’s rest or even taking the day off to enjoy aspects of the Disneyland Resort outside the parks.

A slow morning at Downtown Disney can lead to an exciting afternoon, and you can even use the monorail station to get into Tomorrowland, for a little bit of midday fun.

A lot of the breakfast in Downtown Disney is served up express style at counter service locations. If you are eating on the go, there is no better place to stop along the way than Jamba.

At Jamba, you can order from a variety of delightful smoothies and grab a nutritious breakfast while you are at it.

Jamba is officially a snack location, but their bowls contain fruit, granola and more, for a flavorful and fast way to start the day off right.

If you are looking for a light breakfast that will make you feel good and not weigh you down, Jamba is an excellent choice.

Aside from the delicious smoothie bowls, you can incorporate boosts to add to your energy, immunity and more.

La Brea Bakery serves 12 different entrees for brunch. Brunch is served daily as part of the regular menu and it includes a variety of all the best breakfast foods you can find.

The best thing about having breakfast at La Brea Bakery is that they serve it until 3:00 pm. That means you won’t miss breakfast no matter what start you get to.

La Brea Bakery is the perfect breakfast for park hoppers, who don’t want to order lunch. It’s also a good choice for any park visitors who missed breakfast inside.

La Brea Bakery is conveniently located right next to the entrance of Disney’s California Adventure.

The Brunch menu includes all kinds of offerings from oatmeal, granola, to lox and bagel, eggs any style or blueberry buttermilk pancakes. The menu also offers frittatas and a short rib hash.

If you are in a hurry and your in time for the breakfast menu at La Brea Bakery Express you can enjoy breakfast paninis, french toast or a traditional breakfast platter on the go.

While you may roll your eyes at seeing such a popular coffee spot on my list, I’m including it because it’s fairly quick and you probably already know what to order. 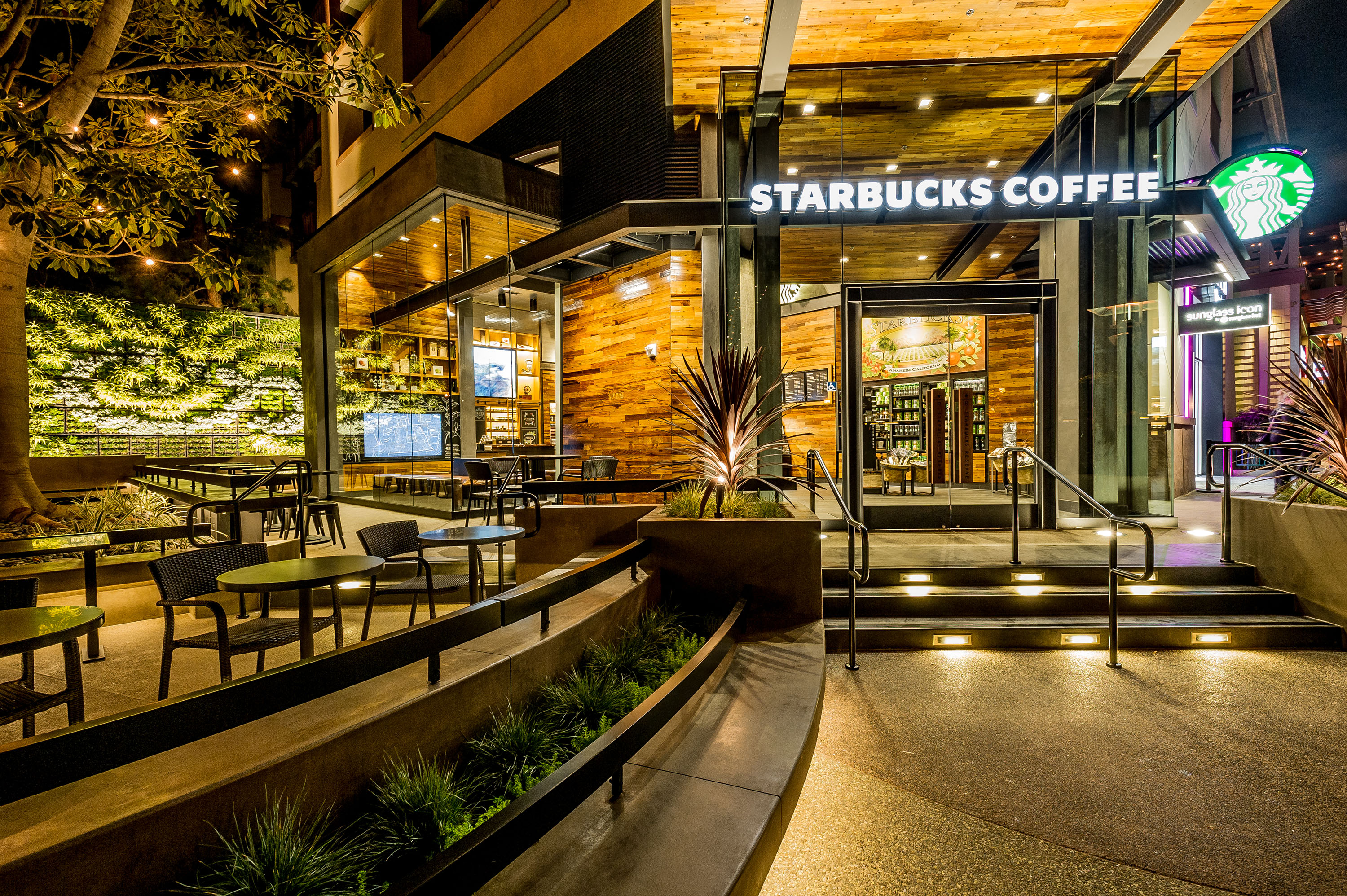 The line is usually shorter at their Downtown Disney location than inside either Disneyland or Disney California Adventure.

We’re big fans of their sous vide egg bites because we can eat them on the go and they are pretty tasty.

Also, parents will want their favorite coffee beverage to kick off a day at Disneyland! 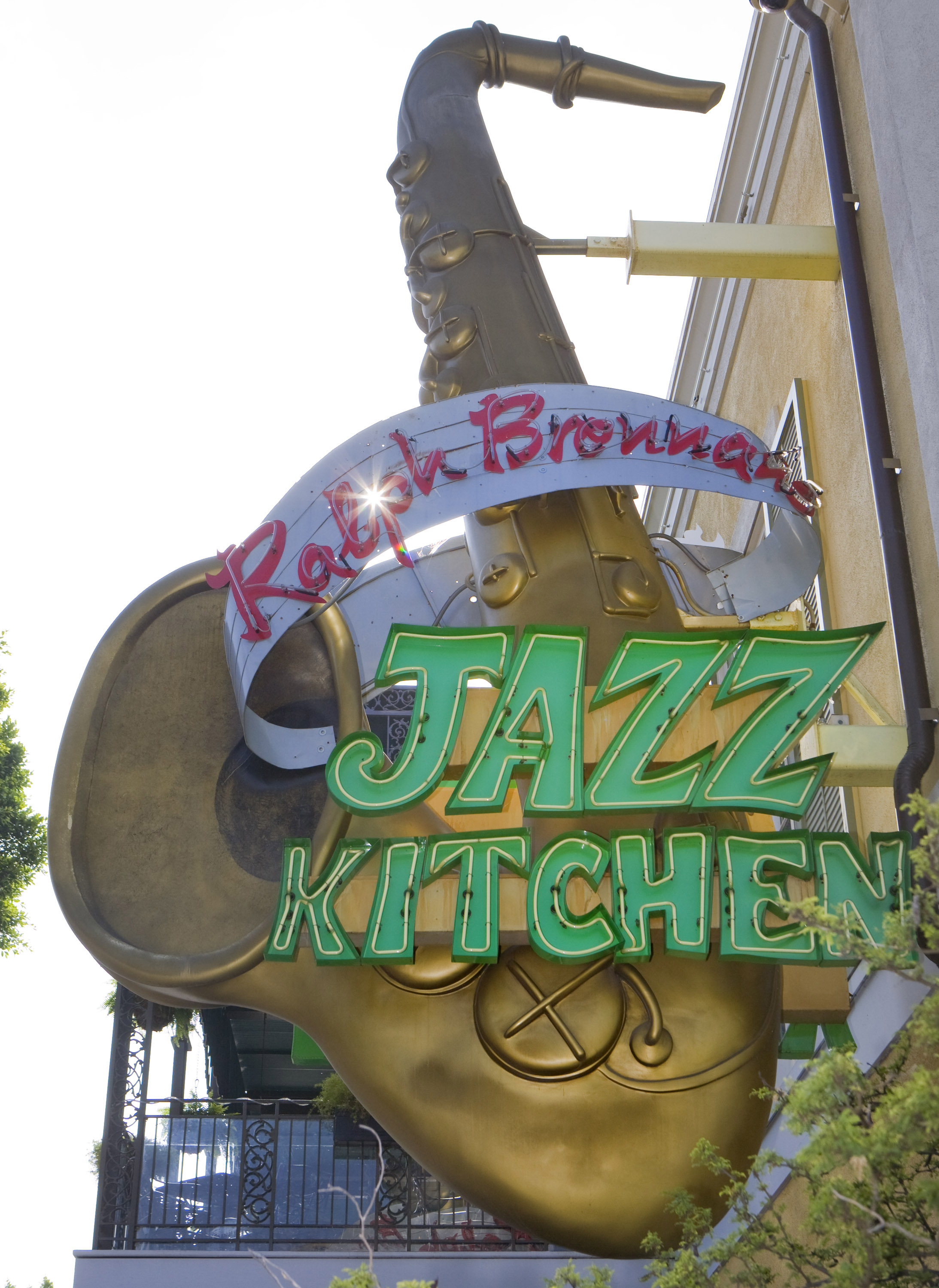 That’s because Downtown Disney doesn’t usually come to life until midday and most guests are simply passing through to the park gates.

That’s why it’s so lucky that such a fine establishment as Ralph Brennan’s Jazz Kitchen has an express option that includes a breakfast menu.

Ralph Brennan’s Jazz Kitchen is the place to go for Creole cooking with New Orleans flair.

If you stop by the express window, you get a breakfast menu that is half beignets. You have to order them even if it’s to share, although you won’t want to.

Ralph Brennan’s offers a hearty breakfast in either burrito, sandwich or bowl form although each one is slightly different.

You can also get cinnamon “French Toast” dippers which are made with beignet sticks.

Another excellent stop as you tumble through Downtown Disney on the way to the parks in search of a balanced meal is this express counter.

Tortilla Jo’s is the premier Mexican restaurant at the Disneyland Resort and the Taqueria makes it possible for early birds to have a delicious and quick breakfast before heading into the crowds.

Unlike the other breakfast places which only have one breakfast burrito on the menu, Taqueria has six! Choose between bacon, beans, no beans, shredded beef, steak, and chorizo.

Breakfast entrees are also available, including chilaquiles, huevos rancheros, and Mexican oatmeal which is served in a cinnamon sugar-coated flour tortilla bowl.

On the far western end of Downtown Disney lies a popular eatery known for its high value.

You can eat great for less and the food is terrific, so it’s a crowd favorite, especially among families who are looking to stretch their dollars at Disney.

All of the breakfast sandwiches are under $7.00. You can also get a ham breakfast burrito or oatmeal with dried cranberries.

Do you agree with these picks? What’s pick number 7? Let us know in the comments where your favorite place is to enjoy a hearty breakfast and if you like to eat quick or take your time. Prefer to dine in the park? Let us know about that, too!