Fall has hit Seattle. After a long summer filled with sunshine, spray parks, and barbecues, we are back to our chilly and gloomy weather. That’s when I rediscover my love for my crock pot.

I’m not one of those Moms who loves to cook. In fact, my husband does most of the cooking at our house.

But, when the weather turns, I get inspired to make hearty stews, chicken and dumplings and roasts of all sorts.

This week, I decided to celebrate our grey weather by turning to England for culinary inspiration. I came up with this recipe for American-Style Jacket Potatoes with Bush’s Beans.

What are Jacket Potatoes?

When I was 18 years old, I traveled to Europe with my high school history class. It was an unforgettable experience that shaped how I saw the world.

Our last stop on our 3-week-tour was London. At this point, I was really broke and relied solely on street food for every meal.

My friend suggested we try Jacket Potatoes and I was curious. The food in London had been mostly mediocre and I was willing to try anything. It was love at first bite!

Basically, a jacket potato is a baked potato filled with toppings. I’ve seen broccoli and cheese, mushroom and onion, brie and ham, and the list goes on.

The first one I had was loaded with baked beans and it was divine. So, when I think of jacket potatoes, it always involves beans.

My Aunt makes a really amazing baked bean dish that she serves with tortilla chips. The first time she made it, I practically ate the entire bowl.

She graciously shared her recipe and I made a few tweaks to make this my jacket potato topping.

I like to make this dish for my family because it’s super easy, packed with protein, and isn’t too expensive.

Since I don’t like cooking, I usually make a huge batch so I can portion it out and freeze it. I’ve put these beans over rice, too for more of a Hawaiian-style dish. It also packs well for lunches.

Note: the potatoes soak up a lot of flavor, so feel free to add more salt and spicier beans. 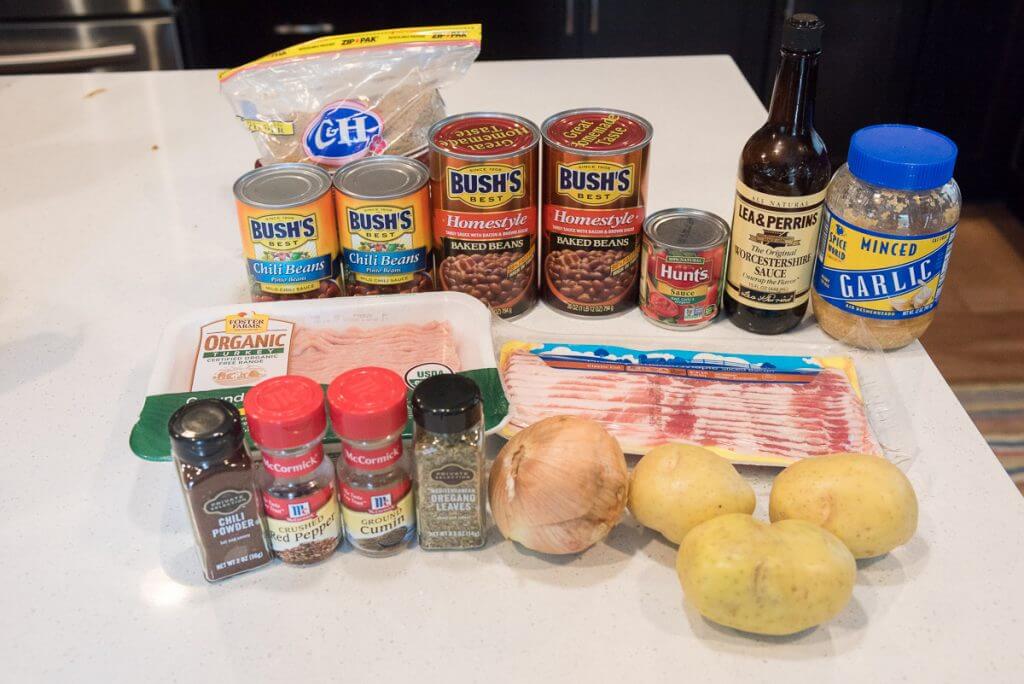 I found most of these ingredients, including Bush’s Beans at my local Walmart. 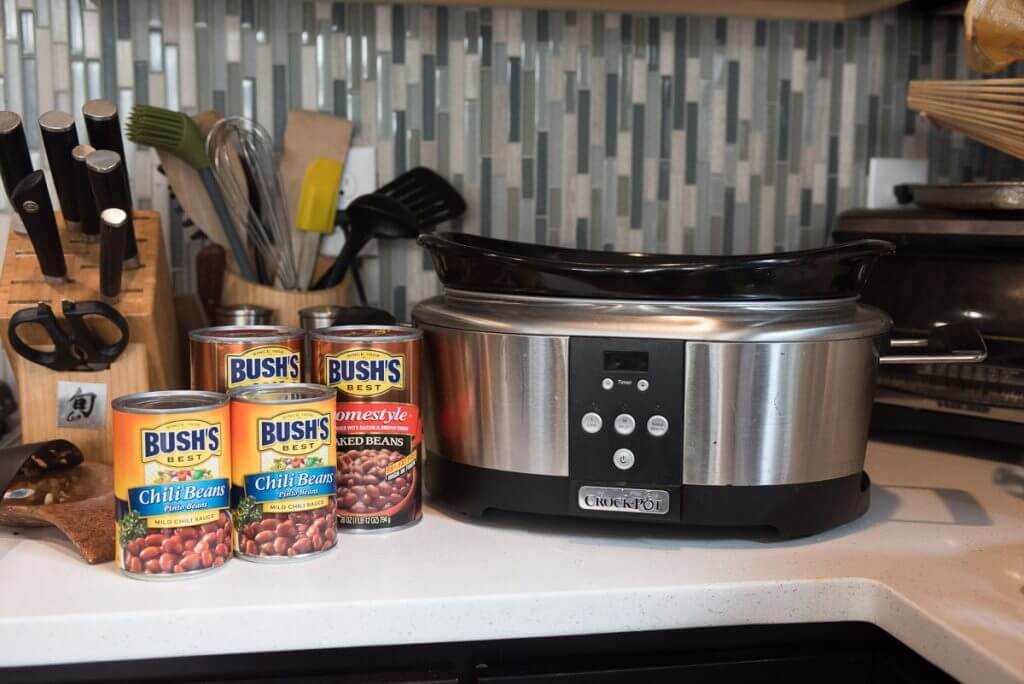 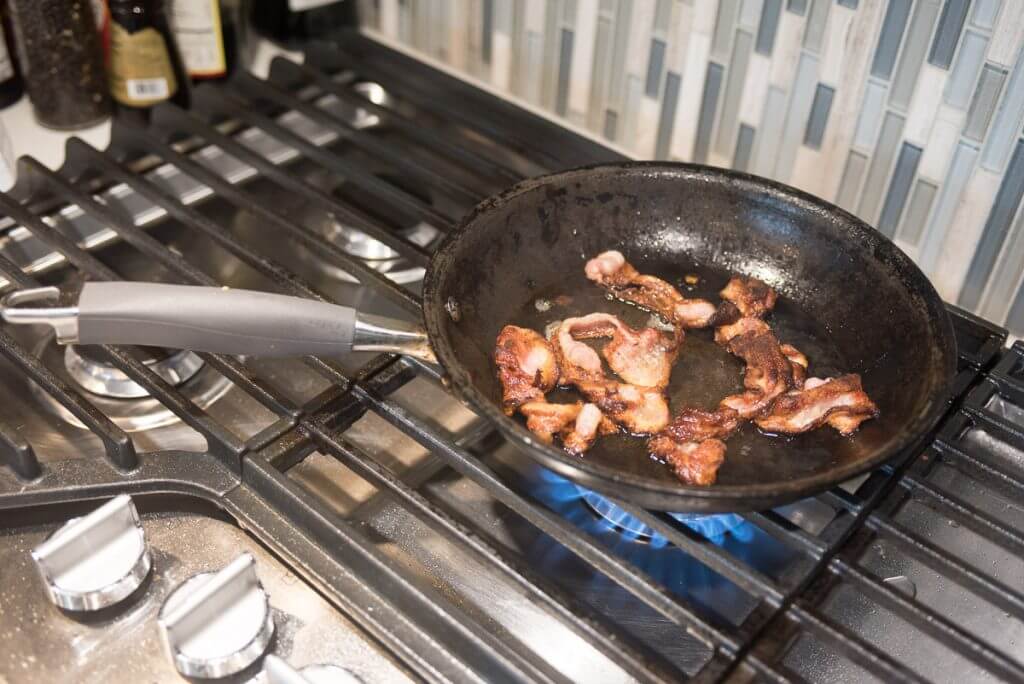 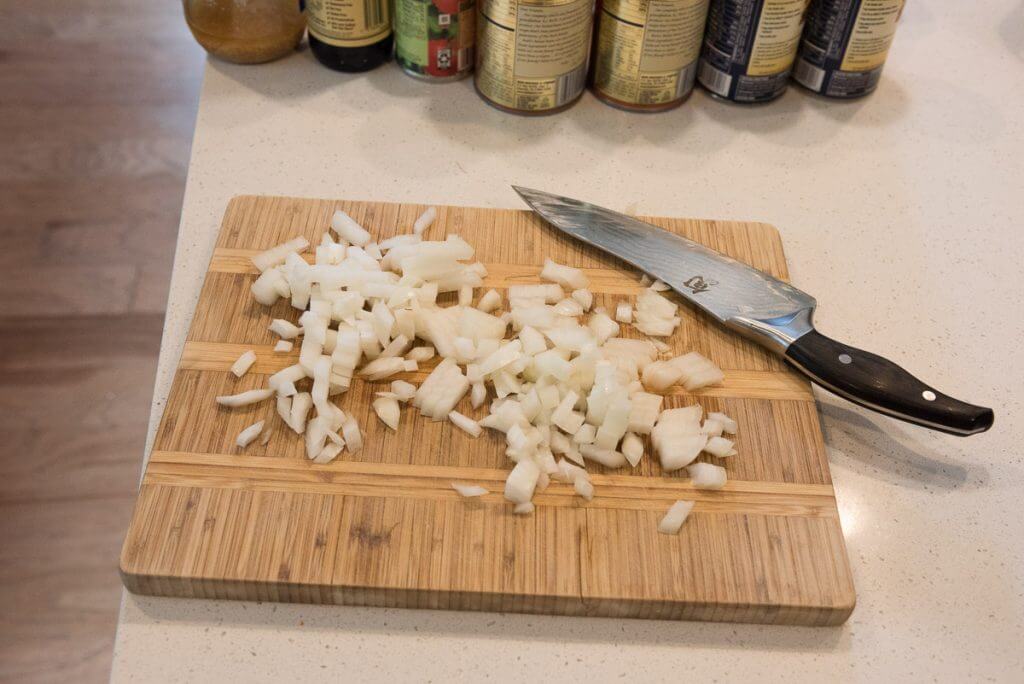 Chop up an onion. 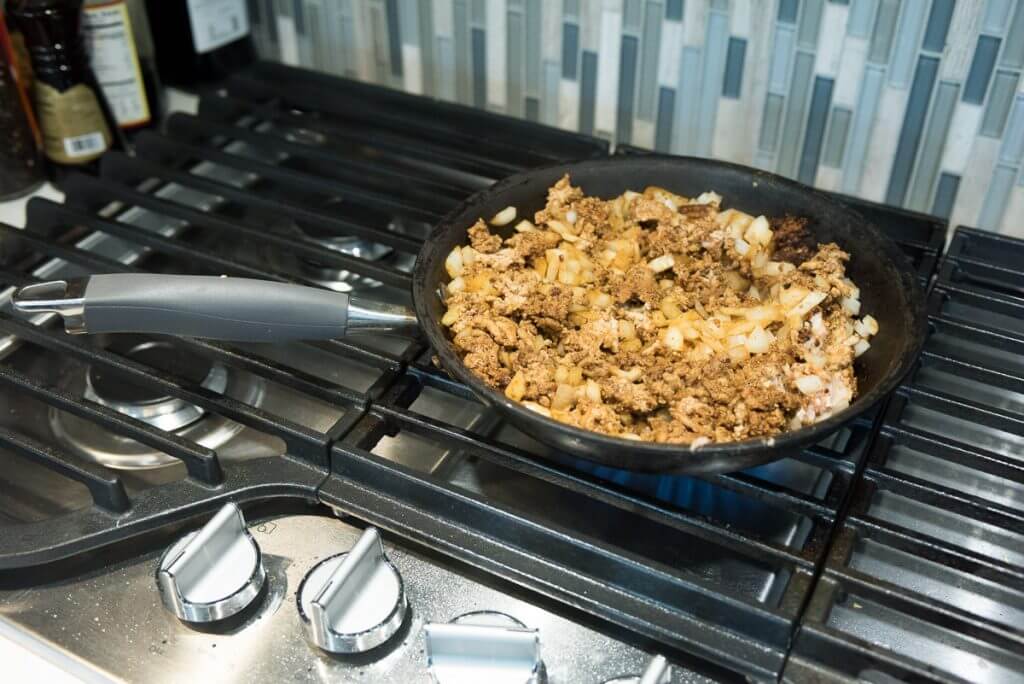 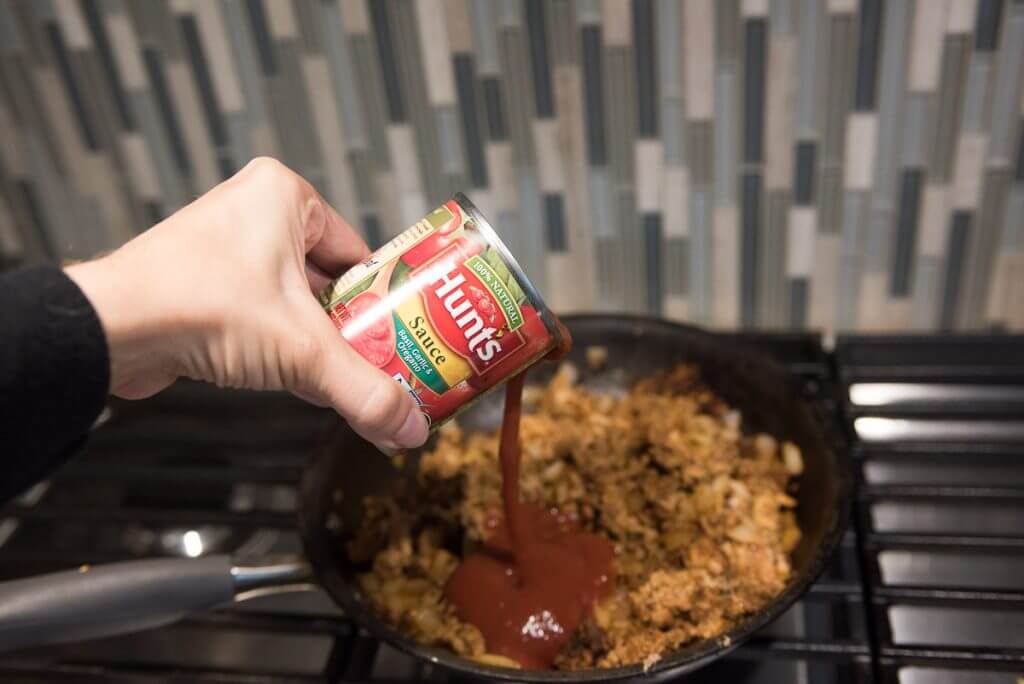 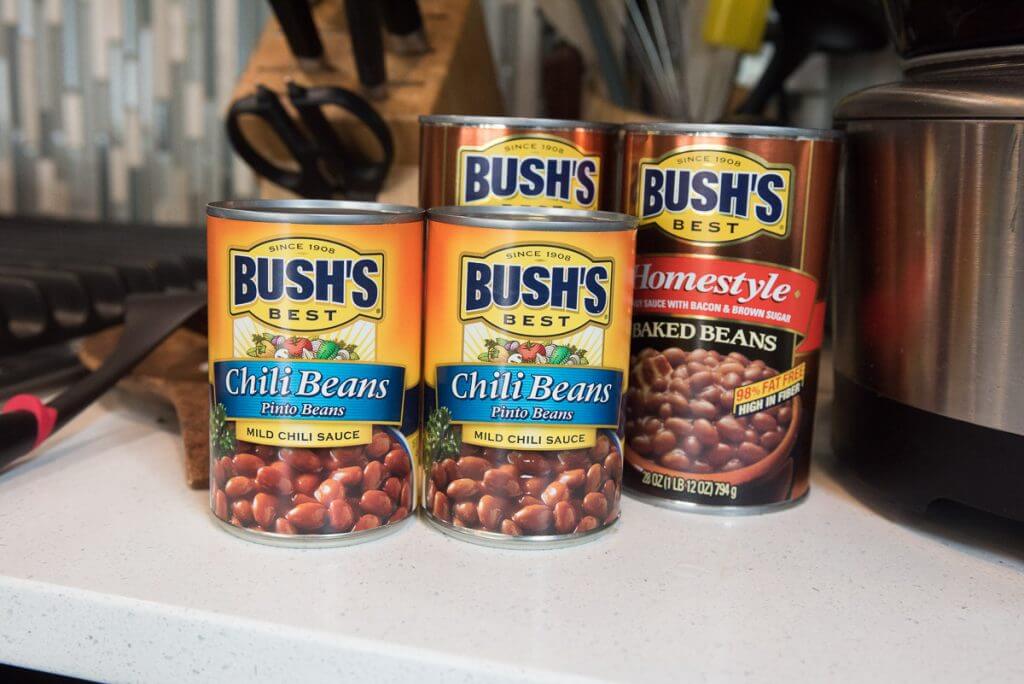 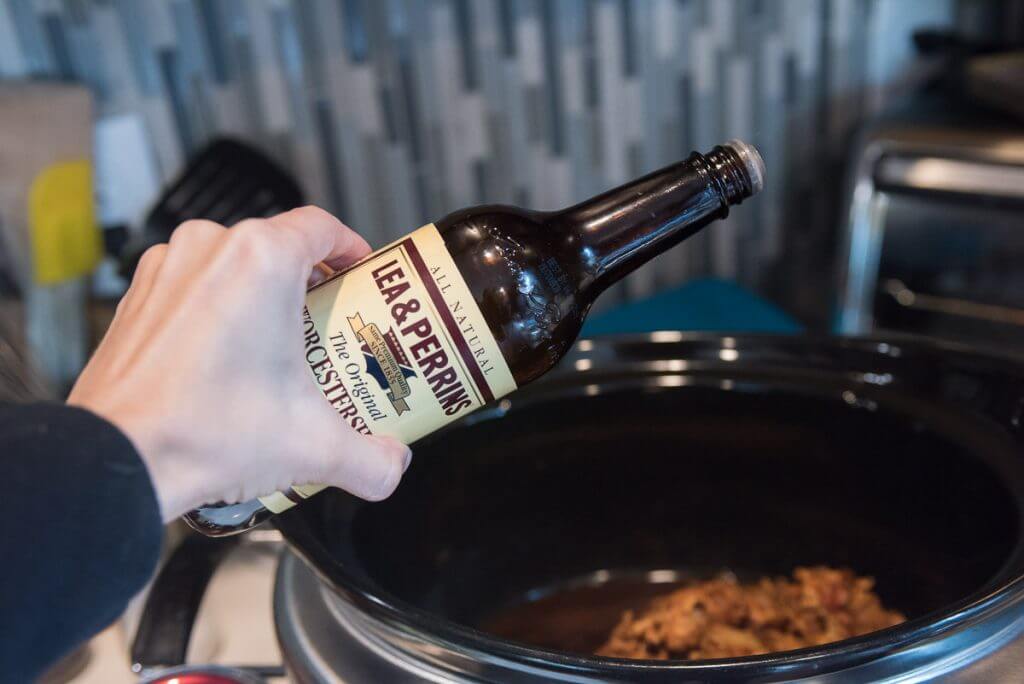 Add a shot of Worchestershire sauce and brown sugar. 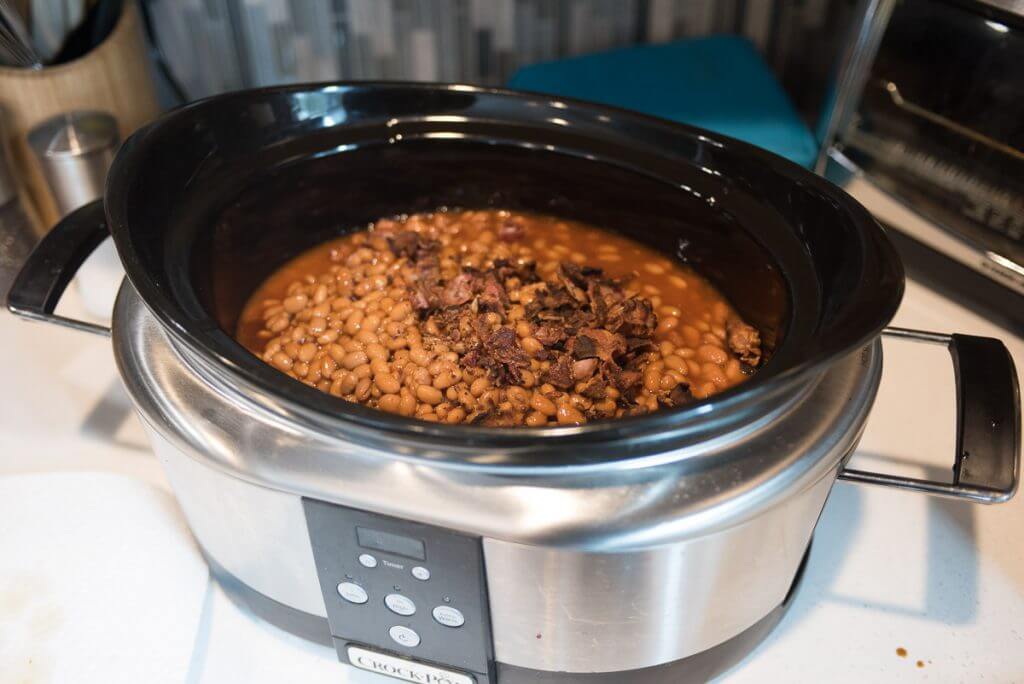 Sprinkle chopped bacon on top. Cook on high for 2 hours.

How to Make a Jacket Potato 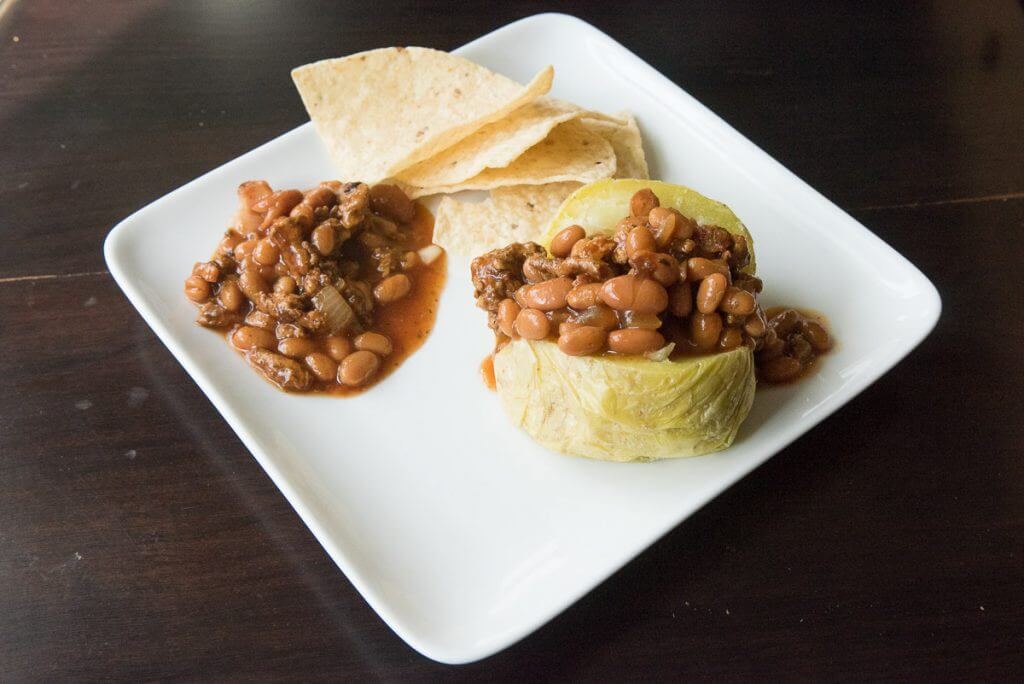 I also served tortilla chips and and beans on the side for another texture. 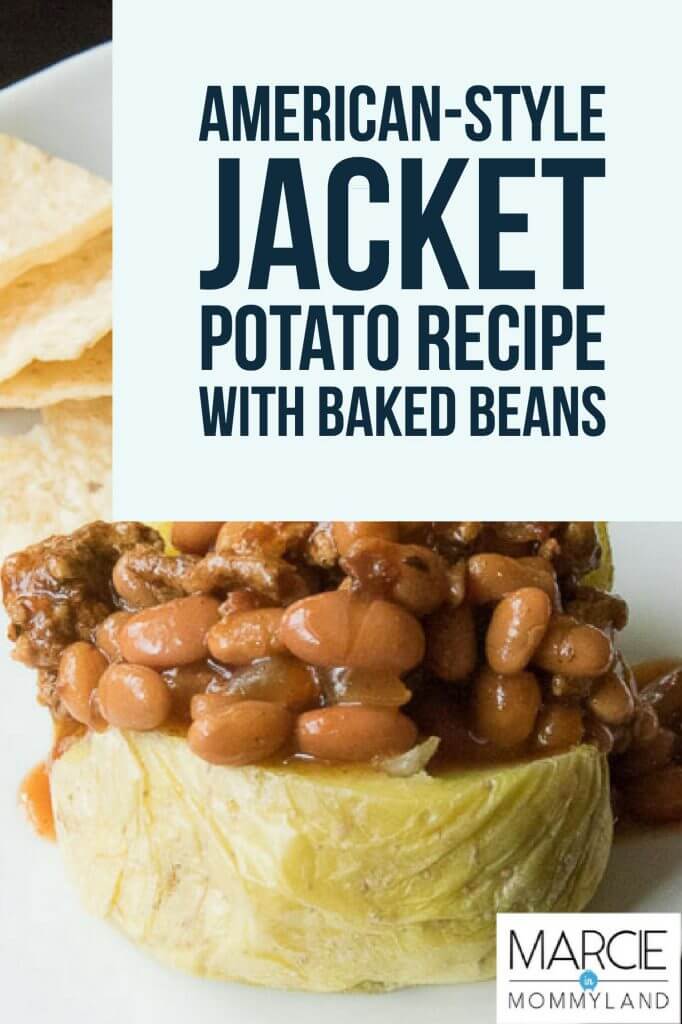 I had never heard of the concept of a jacket potato before! This sounds like a great recipe. I'll have to try it.

Ahh these sound absolutely delicious! I've never had jacket potatoes before - now I know what I'm cooking for dinner!

I never heard of this before. I do like to mix stuff in with my mashed potatoes so I think I'd like this just the same.