Home » BC » Victoria » Victoria with Kids: 13 Kids Activities to Do when Visiting Victoria Canada

Are you planning a trip to Victoria with kids? You won’t want to miss out on these top kid-friendly things to do in Victoria, BC! Scroll to read all the best kids activities in Victoria, Canada!

This post about kids activities in Victoria, Canada contains affiliate links which means if you purchase something from one of my affiliate links, I may earn a small commission that goes back into maintaining this blog.

Victoria is the capital of British Columbia Canada and located on Vancouver Island. It’s only a short ferry ride from mainland BC and also accessible from Washington State.

This family friendly city has lots of fun activities for all age groups. If you’re visiting Vancouver BC, why not head over and visit Vancouver Island for part of your vacation?

Check out these ideas for your next trip to Victoria, Canada. 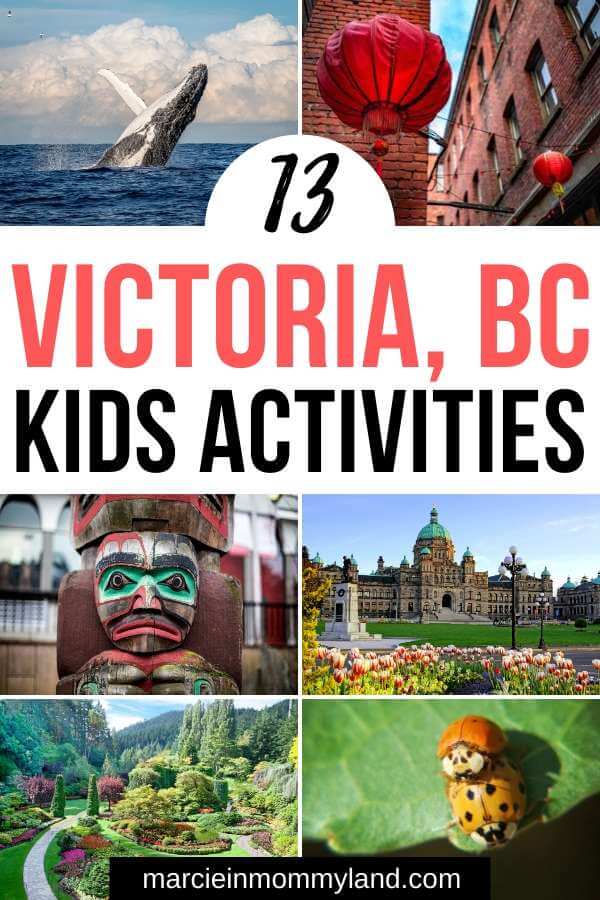 The Inner Harbour is the beautiful center of downtown Victoria located on the waterfront. This area is the epicenter of the city in which the Parliament Buildings and Empress Hotel are located. 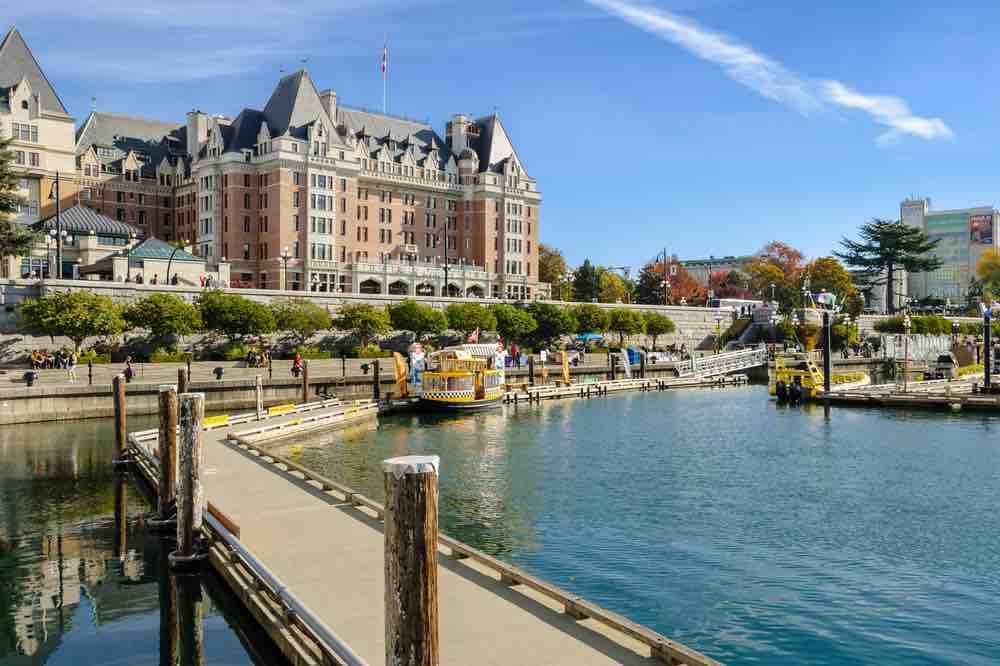 If there is one spot to visit during your trip to Victoria, it is the Inner Harbour. This is where the Royal BC Museum and Tourist Information Centre are located, Harbour Air seaplanes land and take off, and the Coho Ferry and Victoria Clipper passenger boats arrive and depart from.

You can view Harbour Ferries scurrying around, yachts moored on the docks and buskers entertaining the many tourists on the waterfront.

The Butchart Gardens is a group of floral display gardens in Brentwood Bay. The gardens receive over a million visitors each year. The gardens have been designated a National Historic Site of Canada. 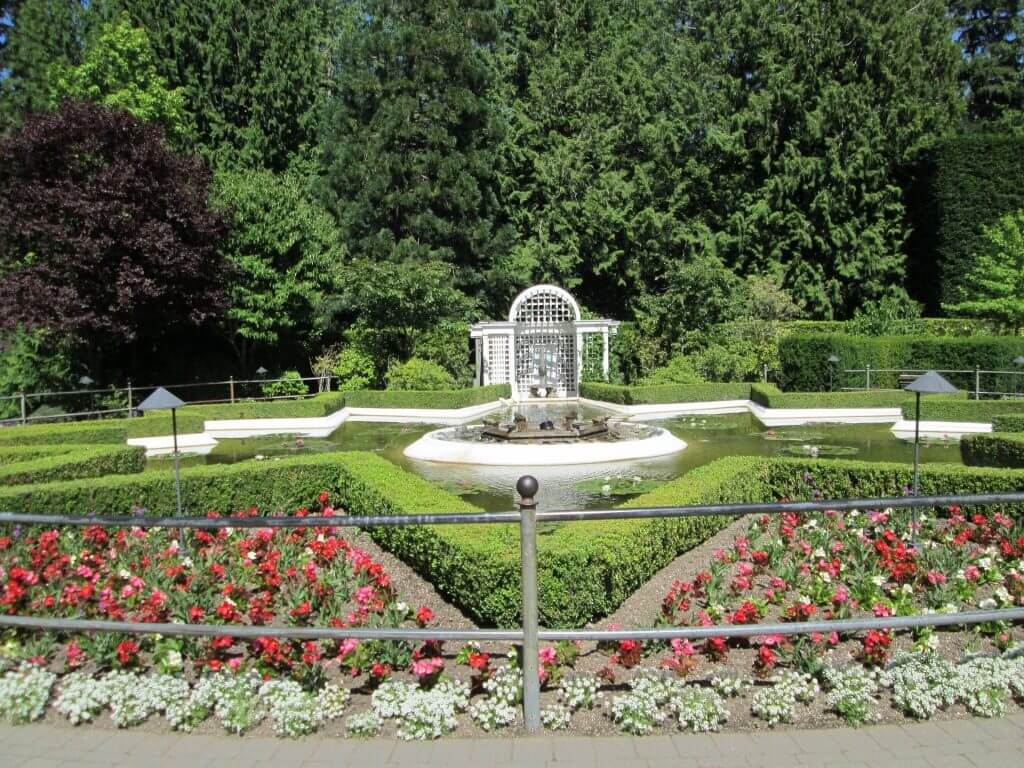 The whole family will love to take a stroll through the gorgeous grounds which are open year-round and display flowers each season. At Christmastime they have beautiful light displays, but nothing beats a walk through the famous Sunken Garden during the height of summer.

After you are finished exploring you can have an upscale lunch at the restaurant or visit the family friendly café.

3. Stroll Through Chinatown when Visiting Victoria with Kids

Victoria’s Chinatown is the oldest in Canada and the second oldest in North America after San Francisco’s. This classical Chinese neighborhood is characterized by narrow, winding streets dotted with little shops and restaurants. 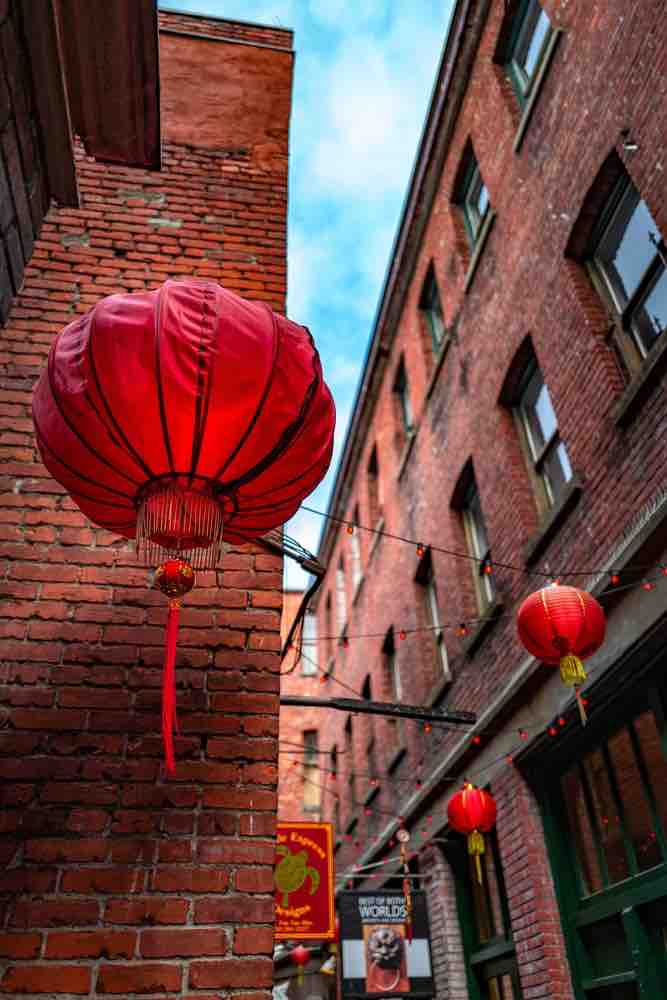 Victoria became the major entry point for Asian immigration to BC when migrant workers came to build the Great Canadian Railway. By 1911, Chinatown had a population of more than 3,000.

Chinatown is a great place to wander about and check out the gift shops and taste some delicious Chinese food. The Gates of Harmonious Interest mark the entrance to Chinatown and the neighborhood is decorated in bold colors of lucky red and gold.

But be warned- Chinatown is very small! It’s only about one block long so it doesn’t take very much time to see everything.

A short drive from Butchart Gardens is The Victoria Butterfly Gardens which is home to thousands of tropical butterflies and offers a unique opportunity for people of all ages to experience the beauty of a tropical jungle up close. 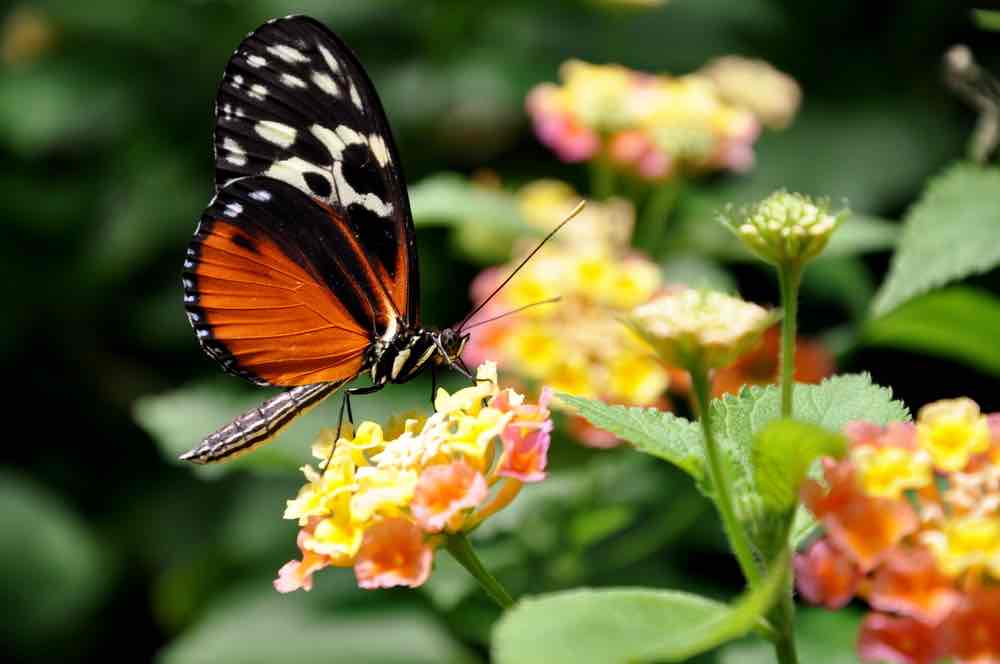 There are a large variety of tropical fish swimming in a pond and stream circulated by a stunning waterfall. Up to 70 species of butterflies fly through the large facilities which is the size of almost 3 basketball courts.

Stroll through the lush gardens full of tropical flowers, carnivorous plants and fruits of the world.

A visit to Craigdarroch Castle is a quintessential Victoria Experience. This fun and educational excursion is great for all ages. 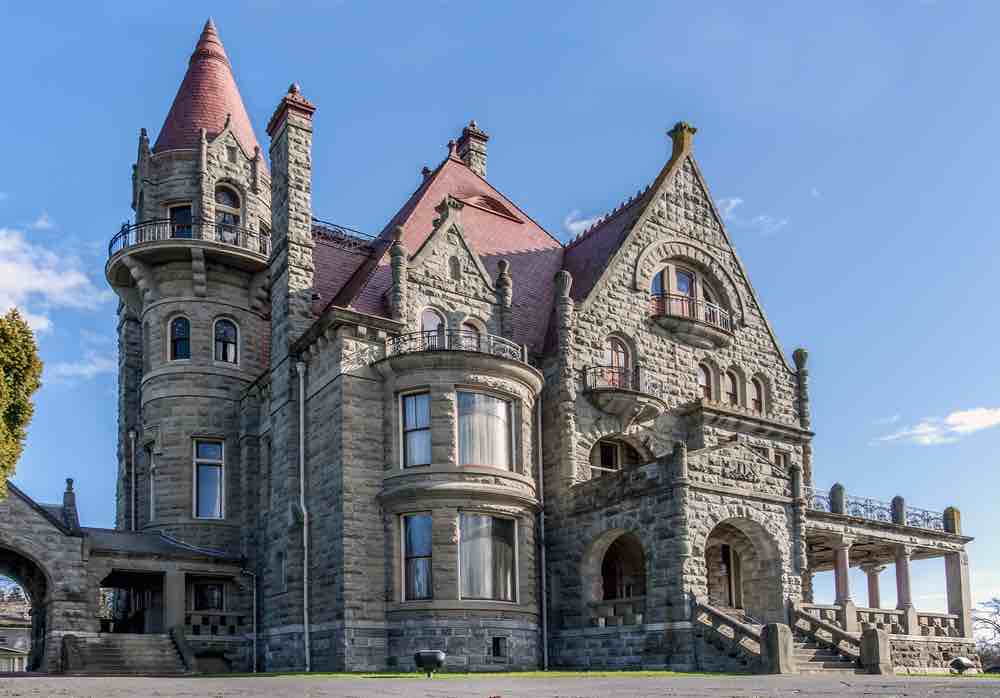 The castle was built by coal baron Robert Dunsmuir during the reign of Queen Victoria and is now a National Historic Site. Craigdarroch Castle has been meticulously restored and gives visitors a glimpse of privileged life in the 1890’s.

Book a Hop on Hop off tour with Craigdarroch Castle 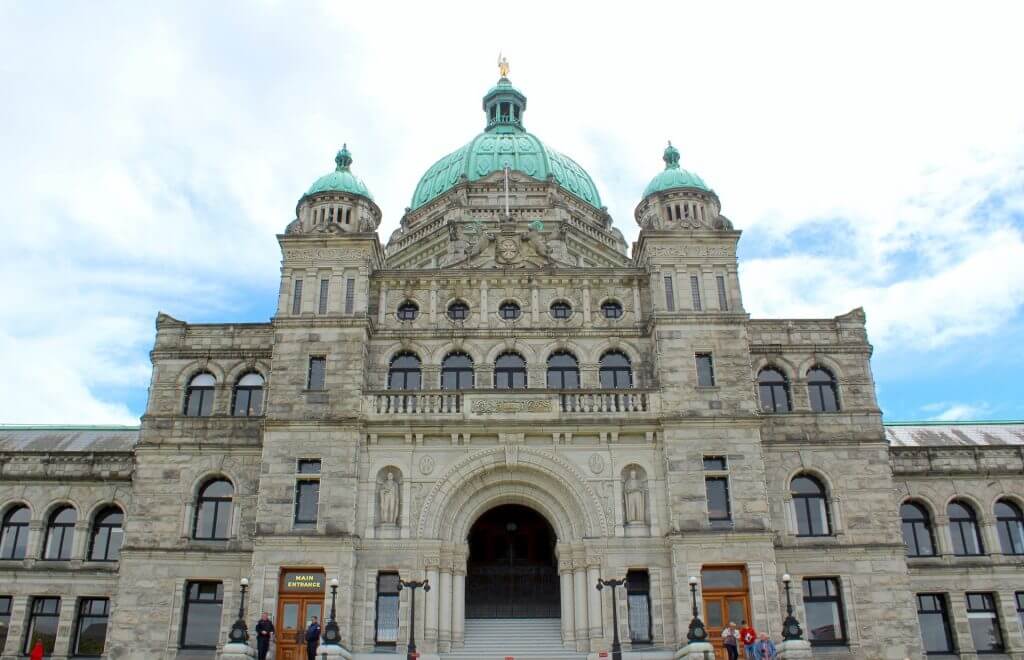 The Parliament Buildings are open to the public Monday-Friday between 8:30am and 4:30pm. You can join one of the regularly –scheduled guided tours or explore the buildings on your own.

During the summer season the Parliament Buildings are open for tours 7 days a week including holidays.

Guided tours are offered throughout the day. They are free and last approximately 35 minutes. The tour schedule changes daily to accommodate school and group bookings.

If your family likes to learn about interesting bugs and insects then a trip to the Victoria Bug Zoo is in order. There are roughly 50 species on display such as: giant walking sticks, praying mantis, glow in the dark scorpions, hairy tarantulas and Canada’s largest ant colony. 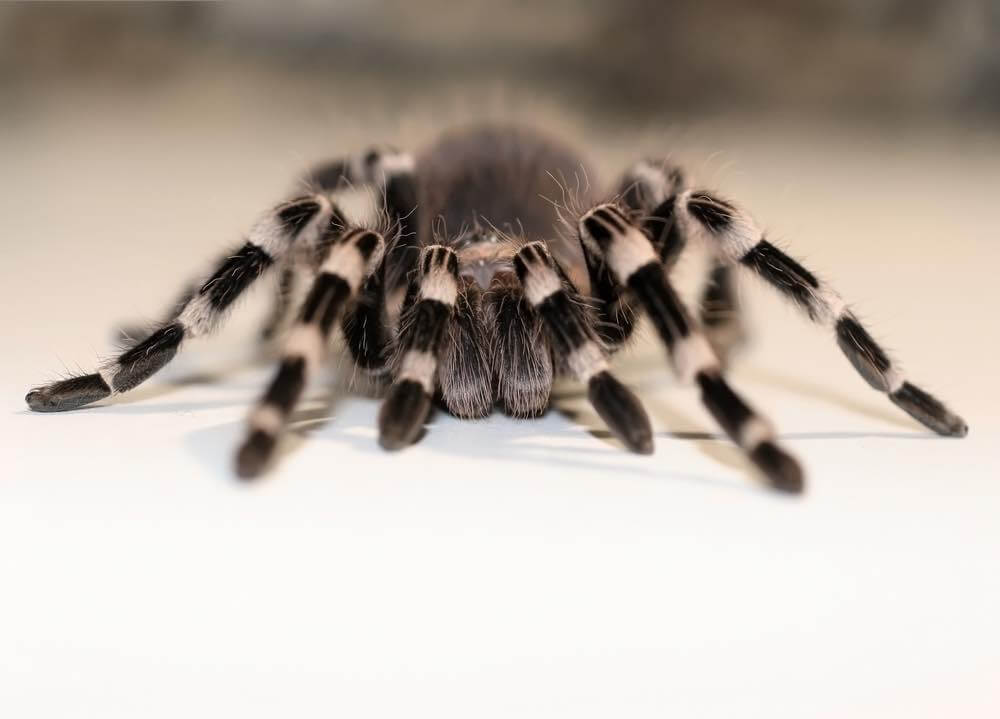 Tour guides will provide a wealth of information about the animals on display and if you choose- provide a safe bug handling experience!

But don’t worry, none of the animals can hurt you and you can choose the level of interaction with the animals you are comfortable with.

The galleries feature past and present natural world of British Columbia, First Peoples history and culture and the history of BC’s society and development. 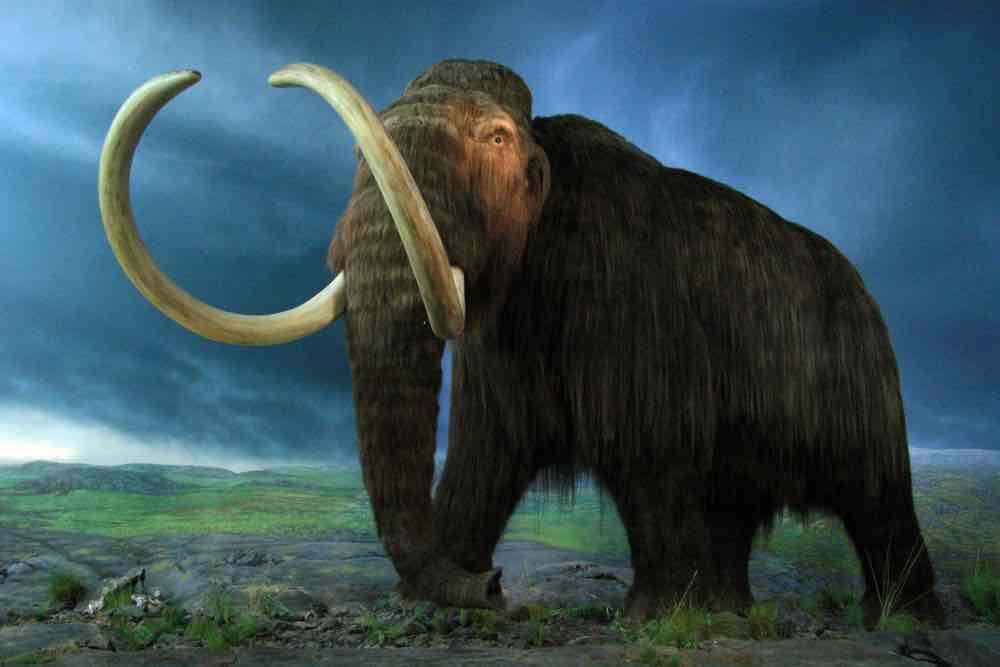 The famous life-sized woolly mammoth and the Ocean Station exhibit will be a hit with kids and adults.

Victoria and many other parts of Vancouver Island are a whale watcher’s paradise.

From May to October humpbacks, Gray Whales and Orcas can be seen breaching, hunting and breeding in the coastal waters from Portland all the way up the coast of British Columbia. 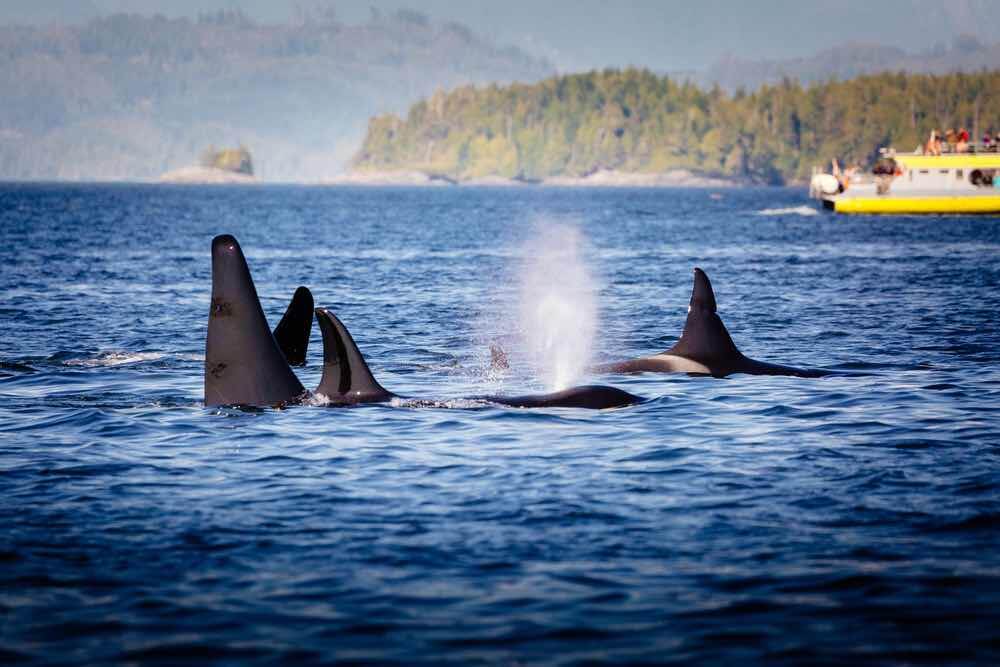 Victoria is one of the top spots for Orca whale watching on Vancouver Island but you have a chance to spot many other species of whales. Three pods of about 80 resident Orca whales live around the southern tip of Vancouver Island and the Gulf Islands.

Expect to spend about 2.5-3 hours on your whale watching adventure.

Just 16 km from downtown Victoria is Goldstream Provincial Park. The park is home to 600 year old Douglas fir trees and western red cedar as well as the arbutus, which is the only broad leafed evergreen in Canada and found exclusively on Vancouver Island and the southwest coast of British Columbia. 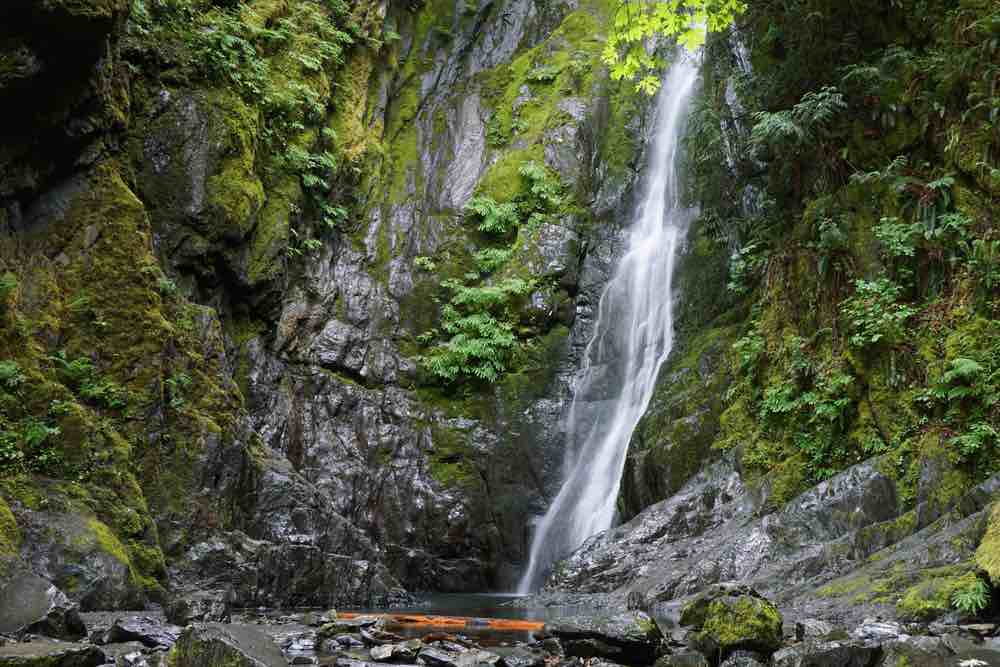 The park trails range from easy, wheelchair accessible walks to strenuous hikes along the creeks, through the forests and past abandoned gold mines from the Gold Rush days.

More advanced hikers can climb to the top of Mount Finalayson, one of the highest points in Greater Victoria. Another trail leads to the stunning Niagara Falls which cascades 47.5 meters down a rock cliff into a crystal clear canyon below.

The park also features a large picnic area with shelters as well as vehicle accessible camping and group sites. 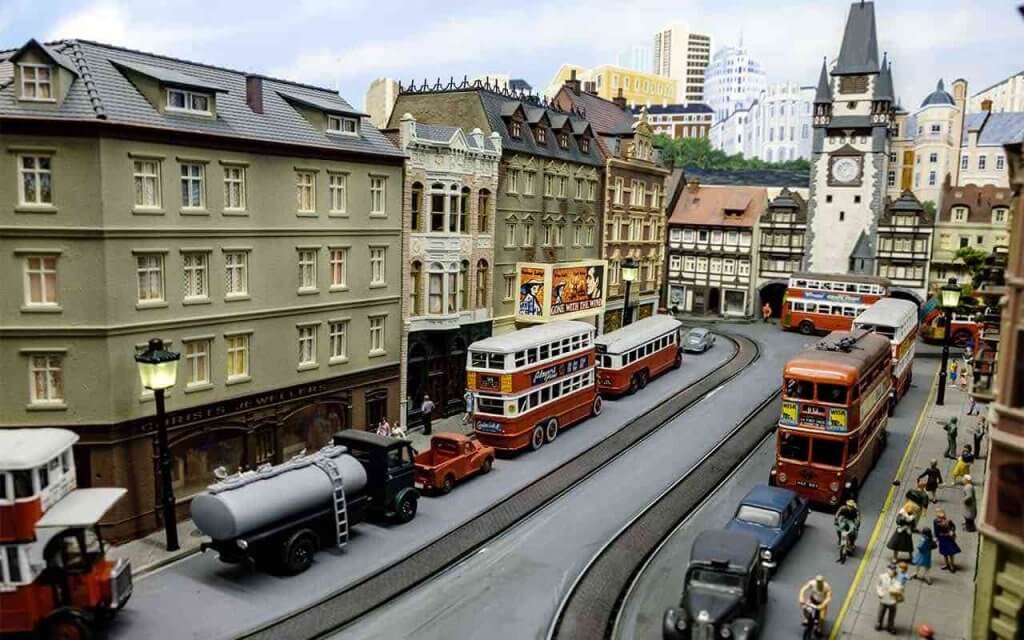 It consists of over 85 exquisitely detailed scenes in tiny scale, including castles, a full-on circus, an imagining of Camelot, a cosmic interpretation of the year 2201, and the Great Canadian Railway. You can also see the world’s smallest operational sawmill which took 11 years to make!

The museum is also home to a collection of doll houses, one of which is among the world’s largest.

History and aviation buffs will enjoy a visit to The BC Aviation Museum. This museum is home to a collection of aircraft and aviation artifacts related to the history of aviation in Canada with an emphasis on British Columbia.

The museum features civilian and commercial aircraft as well as military aircraft. 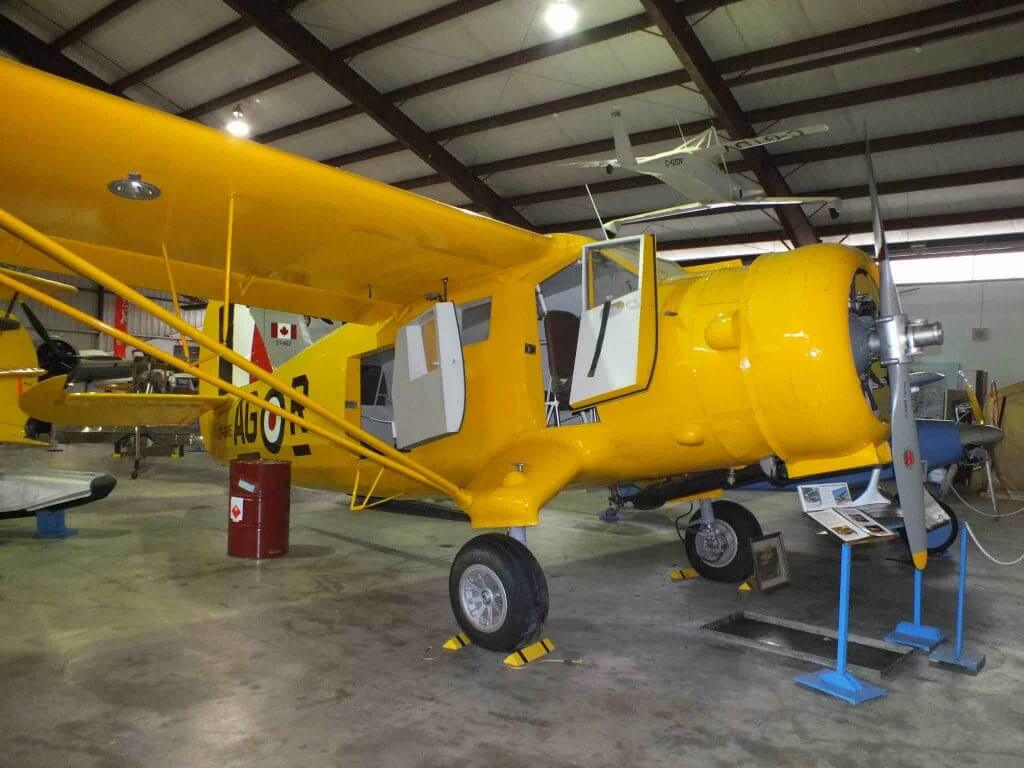 In the Memorial Room you will find many artifacts from the wars in which Canadians fought as members of the Royal Flying Corps, Royal Air Force or Royal Canadian Air Force.

The Memorial Room also includes an historical display of RCAF Station Patricia Bay, as it was during its time as a Commonwealth Air Training Plan Centre, complete with models of all the aircraft that were stationed there during those years.

Beacon Hill Park is in downtown Victoria and within easy walking distance from most of the downtown hotels. This beautifully landscaped 75 hectare park is located along the shore of the Juan de Fuca Strait. 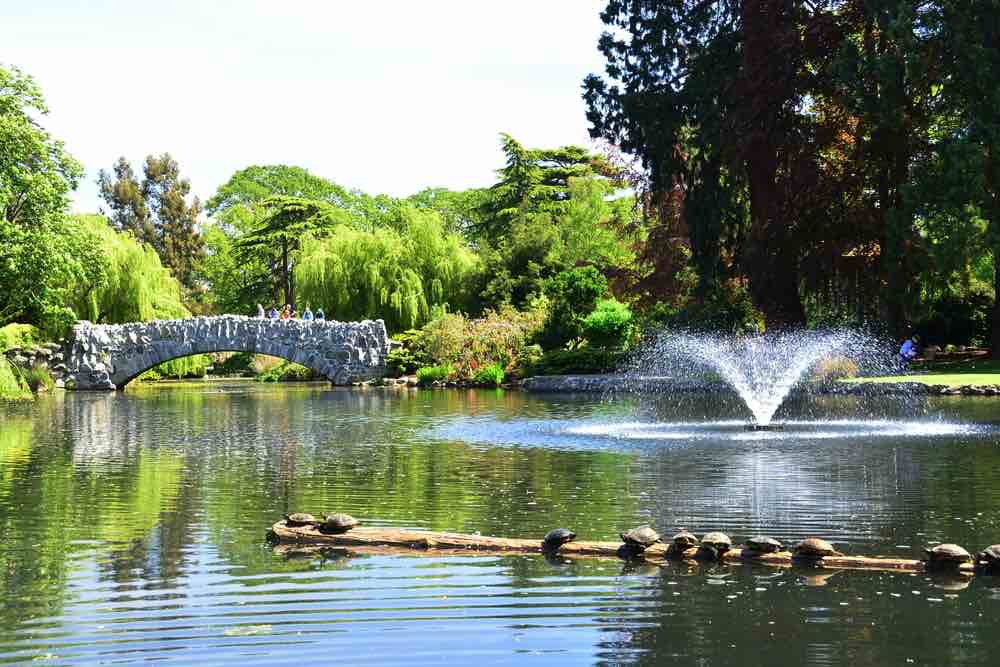 The park is 200 acres and there is a lot to see and do there so allow plenty of time to view the entire park there is beautiful scenery with walking paths and gardens.

At the park you’ll also find a petting zoo, pond with ducks and geese, bridges and tennis courts.

Adrienne Carrie Hubbard is a travel blogger who writes at Hubbard Family Travels. She helps family plan better vacations and believes that adventure doesn’t have to stop once you have kids.