I really love children’s museums. I may love them more than my 3-year-old. I just really appreciate places that are dedicated to giving kids a hands-on learning experience through play. We’ve explored children’s museums near our home and while traveling. Each one seems to offer something distinct that sets it apart from others.

This past month, we attended a birthday party at the Children’s Museum of Tacoma, Washington which was about 30 minutes south of Seattle. It’s located right in the middle of Downtown Tacoma, with limited street parking. 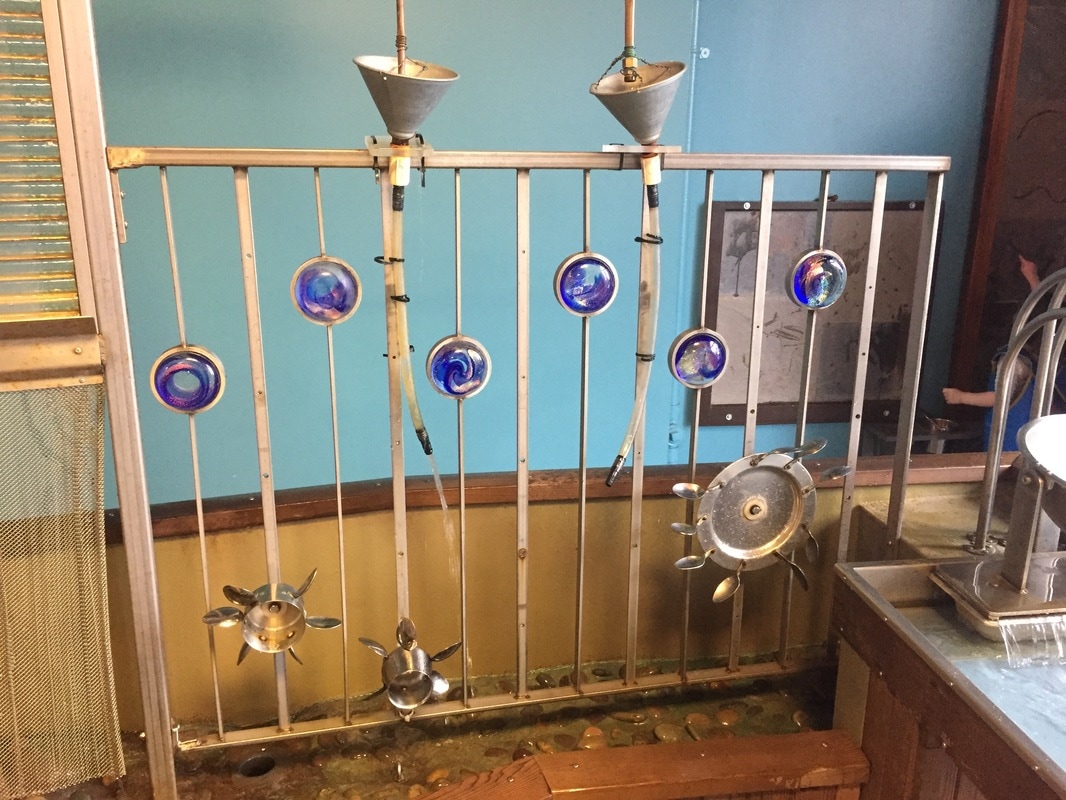 The water exhibit area was beautiful to look at and filled with energetic kiddos.

Our first experience was with the parking lot. We had no problem finding a spot at 9:50 a.m. on a Sunday. So, I took that opportunity to feed my baby before heading out. However, we stood outside in the rain for 15 minutes waiting in line to pay for parking. Normally I would have been just slightly annoyed, but we ended up being late to the birthday party because of it. As we headed in, we saw about 8 other families who were heading to the party stuck in the line. It’s too bad that we couldn’t just pay for parking inside the museum. Not a great first impression.

I liked the party room. There was plenty of room for parents and kids and there was seating against the window. The party attendant was also really friendly and great at giving a run-down of the rules before inviting us to explore the Children’s Museum of Tacoma. 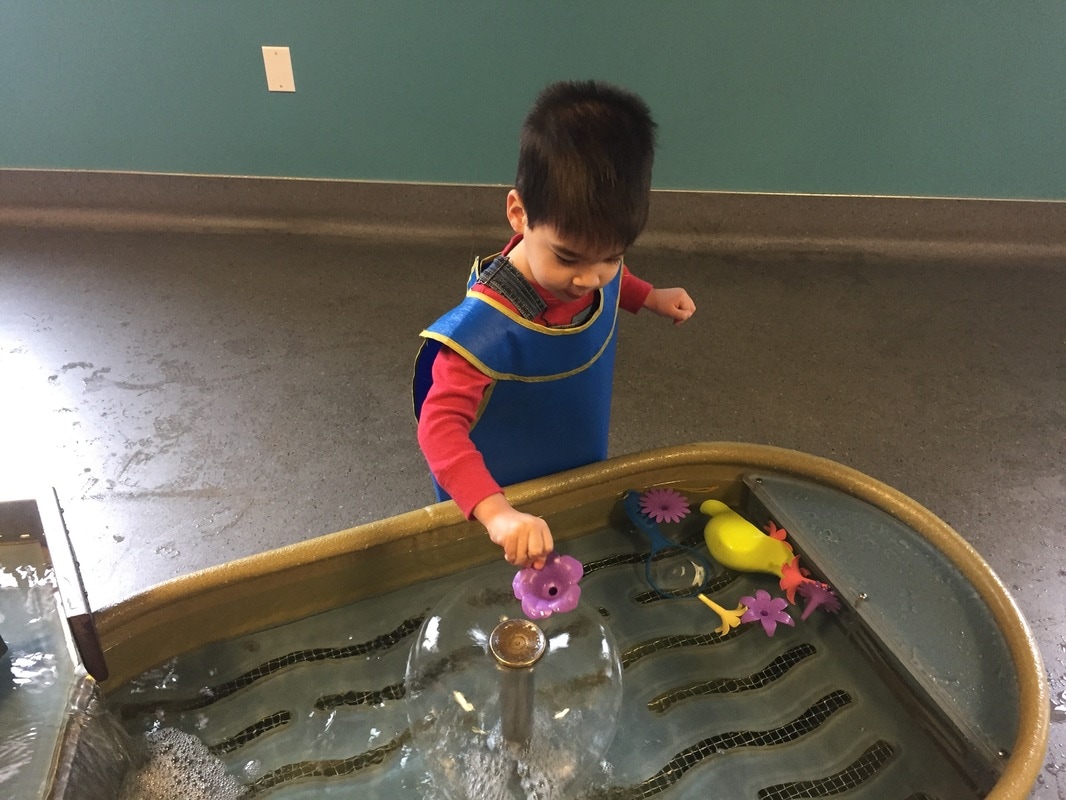 I liked the simplicity of the water play area.
Our first stop was the water area. My son played there at least 30 minutes straight. They had lots of Green Toys to play with. They also had squirt toys, which I’ve never seen at children’s museums before. This area was packed and there were more kids than aprons. It stayed pretty packed the entire time we were at the museum. 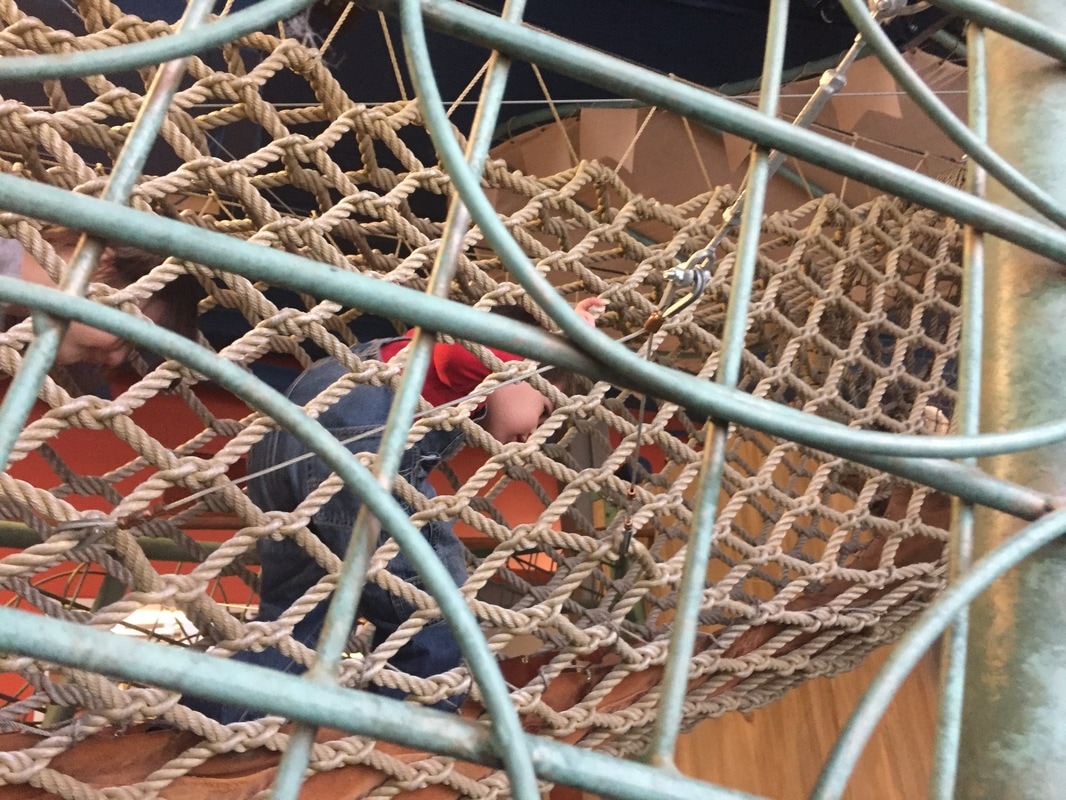 The Voyager exhibit area was perfect for getting energy out!

Then, my son headed over to the Pirate Ship where he enjoyed climbing through the rope tunnel and playing with the corded phone in the tower. Even though it was crowded with kids, he was able to move around quite quickly and freely. There were a lot of props nearby that would have been a blast with just a few less people around.

Right next to it was a cool reading nook and a slide. My son had so much fun on the slide! He did it over and over again and thought it was amazing! The slide is pretty slow, which is great for little kids. The stairs to get up to the slide are narrow (too narrow for more than one kid) so there were a few tears as kids tried to climb over other kids to get to the top. 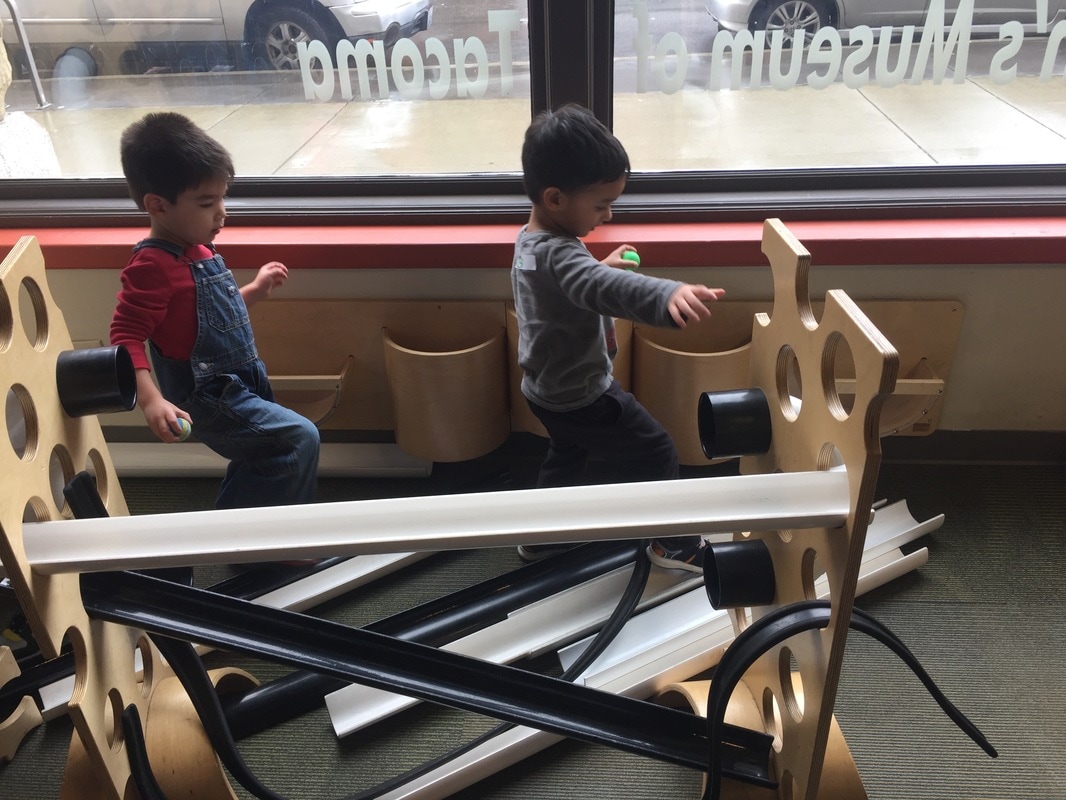 My son and his buddy had fun collaborating on their Invention.

The Children’s Museum of Tacoma dead-ends with a large-scale marble run and scarf vacuum activity. My son played with the scarf vacuum for awhile. It felt a bit small for the amount of kids who wanted to play with it.

I was especially impressed with the marble run and I’m contemplating figuring out how to build one for our house. The kids were thoroughly entertained. 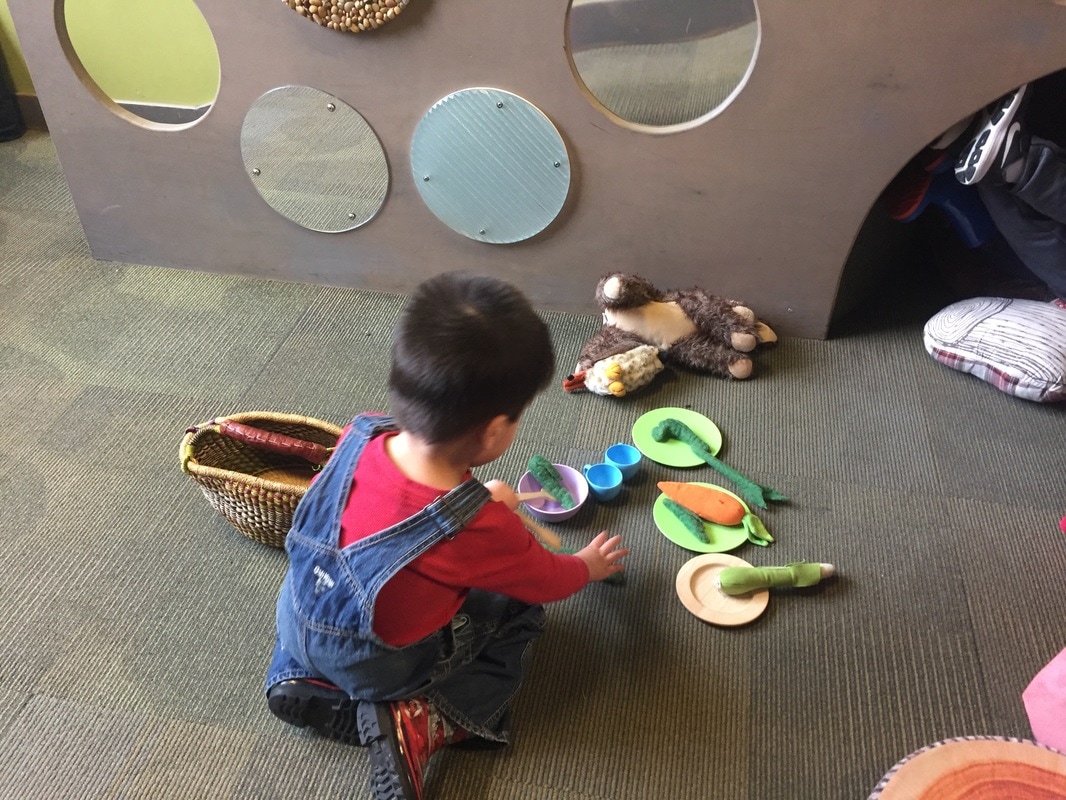 The Woods was a great area for imaginative play.

7 Tips for the Children’s Museum of Tacoma 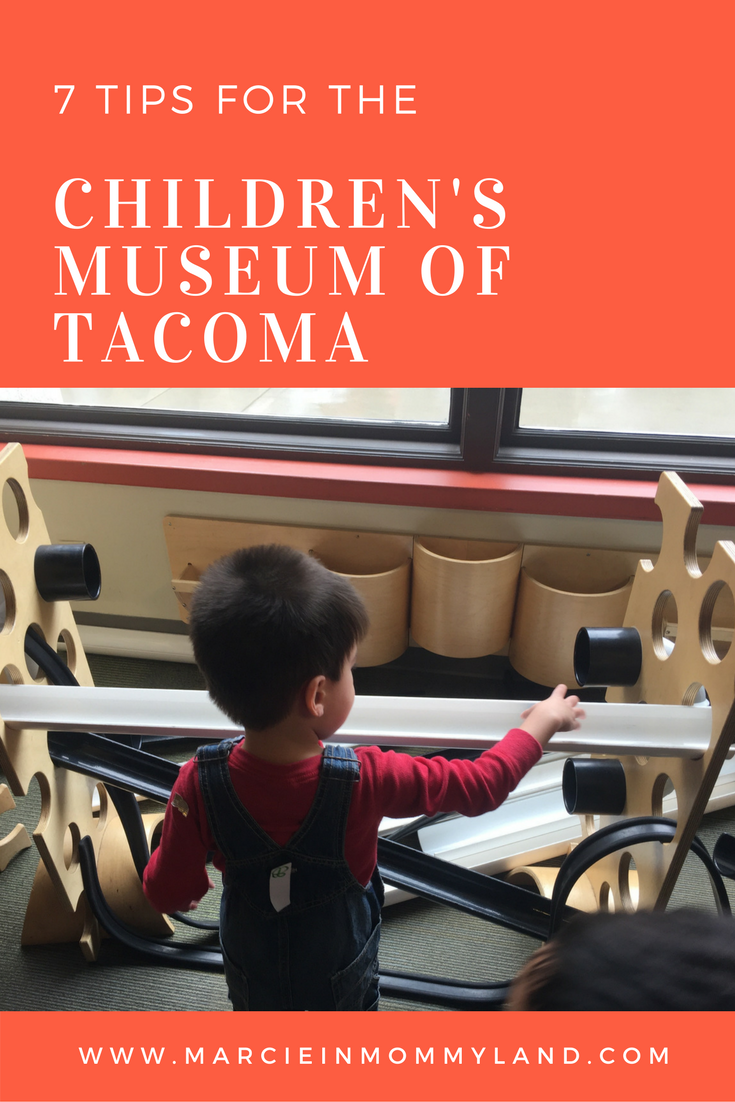 Top 10 Fun Things to Do with Kids in Tacoma, WA | Marcie in Mommyland

[…] Read my full post about the Children’s Museum of Tacoma. […]

Sorry to hear about your parking experience, but the rest of the museum sounded like fun. I think that's really great your museum is pay as will. Our children's museum is pretty expensive.

I love it when museums are accessible for everyone. I've had sticker shock at so many places geared for kids.

My first-born is hoping to go to college in Seattle this fall. She got into Seattle U and now waiting to hear back from U Dub. If she ends up there I'll probably bring my youngest over to the Children's Museum of Tacoma for a visit. Thanks for sharing!

Oh how exciting! Seattle is a great place to go to college!

Thanks for the info. My husband was born in Tacoma and has been wanting to do a trip to Washington. We have a 7 year old and 3.5 year old so this sounds like something my youngest might like, although it looks like my oldest may not be too into it.

Your oldest may enjoy the Washington State History Museum in Tacoma more. I know it may sound boring because of the name, but they have a ton of kid-oriented exhibits that are pretty cool!

This one is great for little ones because it's not too big!