If you ask me about my Holiday Season, I can sum it up with the words: The Snowy Day. Thanks to Amazon Prime, my 3-year-old and I watched their version of The Snowy Day about 50 times (I’m not exaggerating.) I had surprising never read the book as a kid, but it seems to be everyone’s favorite winter-time book for kids. After seeing the Amazon Prime version, I see the appeal. So, when I was invited to Seattle Children’s Theatre’s The Snowy Day and Other Stories by Ezra Jack Keats, I had the perfect date in mind.

My son has had limited experience with live theatrical performances. We took him to see a kid’s show at Teatro ZinZanni last month, but it was mostly music (from Grammy-nominated Recess Monkey) and circus acts. He also really enjoyed seeing Daniel Tiger Live at McCaw Hall a couple of months ago. We’d taken him to a few movies and he was entertained throughout the end credits. Since he loved the story of The Snowy Day so much, I had a feeling this would be a good play to try out. 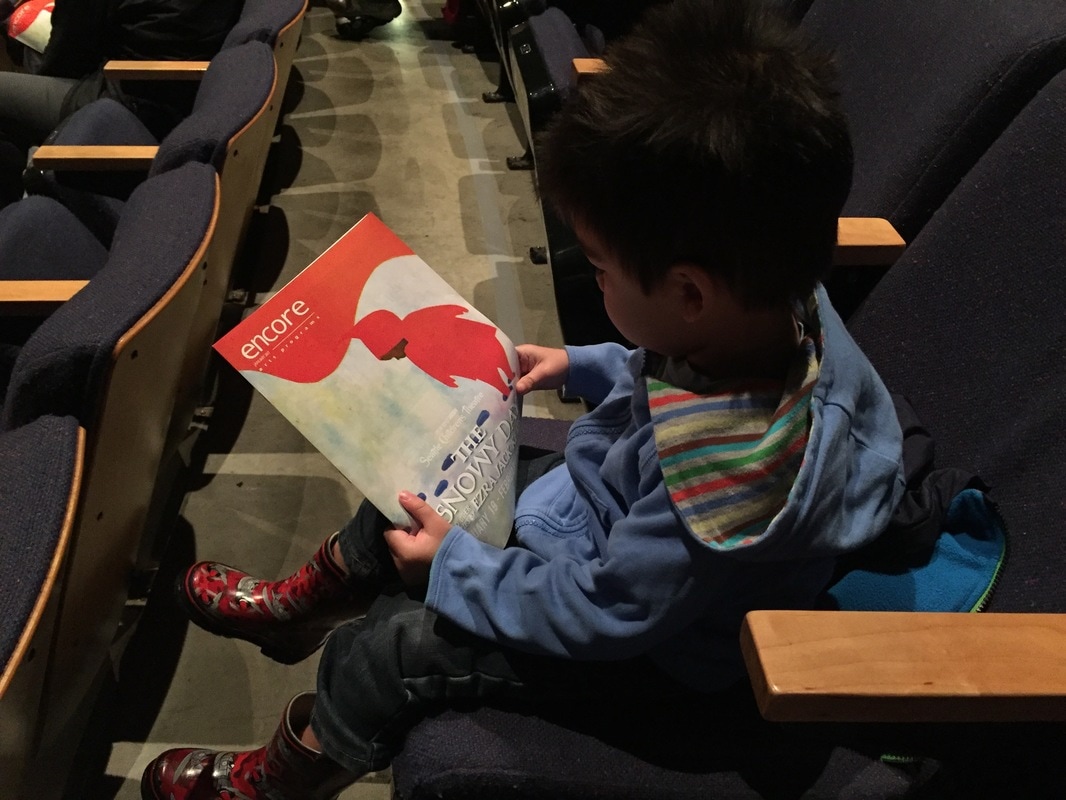 My son thumbed through the program while we waited for the show to start.

We arrived about 5 minutes before the show started. I let my son pick out our seats and as we walked around, I realized that ALL the seats were good seats. It was nice to see the theatre full of families with small children. The family next to us had a young toddler who wanted to walked up and down the aisle and we saw Dads bouncing babies in carriers. As the show started, the crowd quieted down and then I started to hear little tiny voices around us asking “Why? Why is it getting darker? What’s happening?” It’s always fun to experience something through the eyes of children. My son kept asking “When is the movie starting?” and I explained over and over that we were seeing a play, not a movie. But, since he had never seen a play before, he just couldn’t comprehend what was happening.

The Snowy Day and Other Stories by Ezra Jack Keats features 3 actors and many shadow puppets. The other stories consist of Whistle for Willie, Goggles! and A Letter to Amy. I had never read these stories before and I was excited to experience them with my son. For the most part, he was interested in the acts and asked me a lot of questions throughout the play. I think the shadow puppets were confusing for him and I wished we would have gotten there early enough to play with them before the show started so he’d understand what was happening. However, shadow puppets aren’t very common and I’m not sure when he’ll have the opportunity to see them live again. 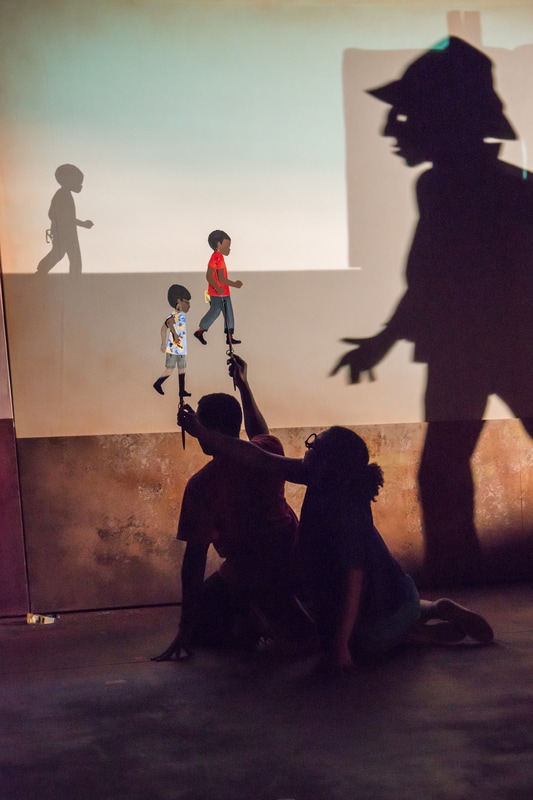 What was really cool about this production is that it follows Peter over a period of a few years, so he’s a constant character. My son turned to me halfway through and told me “Peter is growing because he sleeps a lot and drinks lots of milk and eats his dinner.” It’s always nice when the arts underline messages we give our kids.

There was also a lot of kids trying to whistle during Whistle for Willie. It was adorable to hear the audience try right along with Peter. And when Peter finally whistled, the kids were so excited for him! I loved how engaged the audience was with the show! 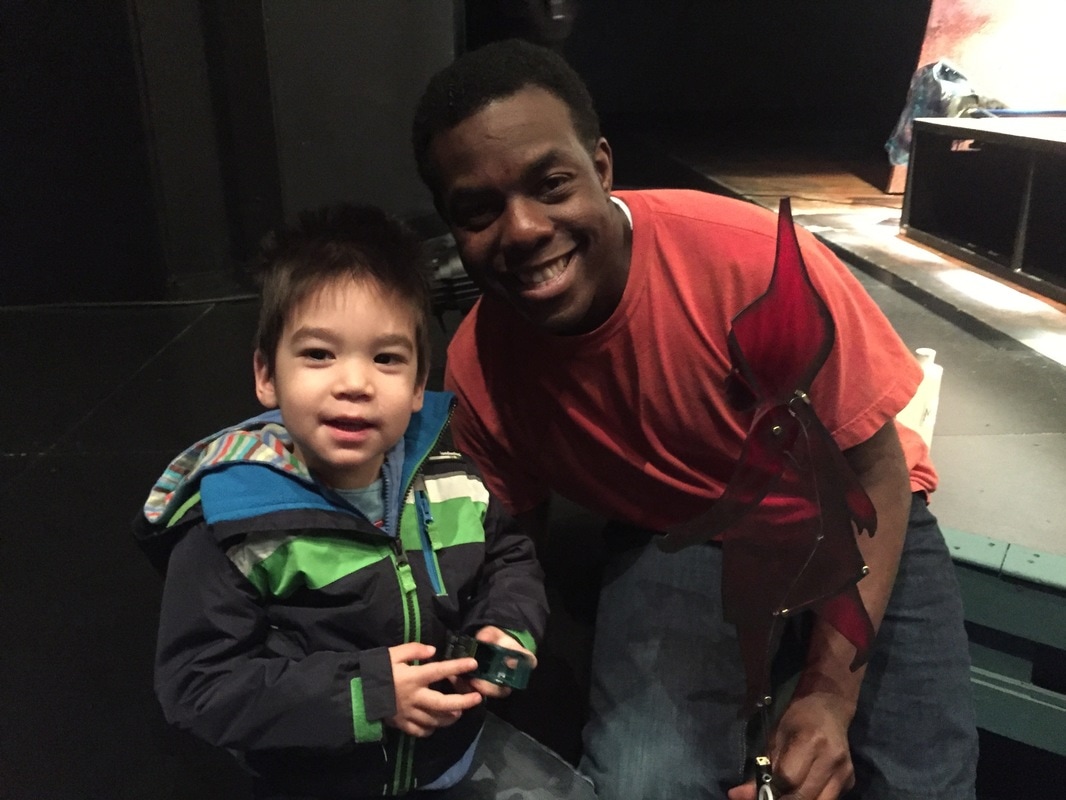 My son was excited to meet Mikell Sapp (the actor who plays Peter) AND the puppet himself!

Something that I wasn’t expecting after the play ended was that they actors came back on stage for a Q&A. What made this special is that the actors had questions for the kids before the kids asked questions of the actors. At the end of the play (spoiler alert!) there’s a scene where Peter blows out the candles of his birthday cake. One child asked if the candles were real (they were not.) The next kid asked if the cake was real (it also was not.) So, the actors asked the kid what kind of cake would he like for his birthday, to which he immediately responded, “A REAL one!” It was a fun dialogue.

There also was an opportunity for kids to see how the shadow puppets worked and meet the actors. My son is an observer, so we waited until almost everyone had come up to the actors to get autographs, ask questions and look at the puppets before we approached them. I really appreciated this part because it made the whole theatrical experience more accessible for him. 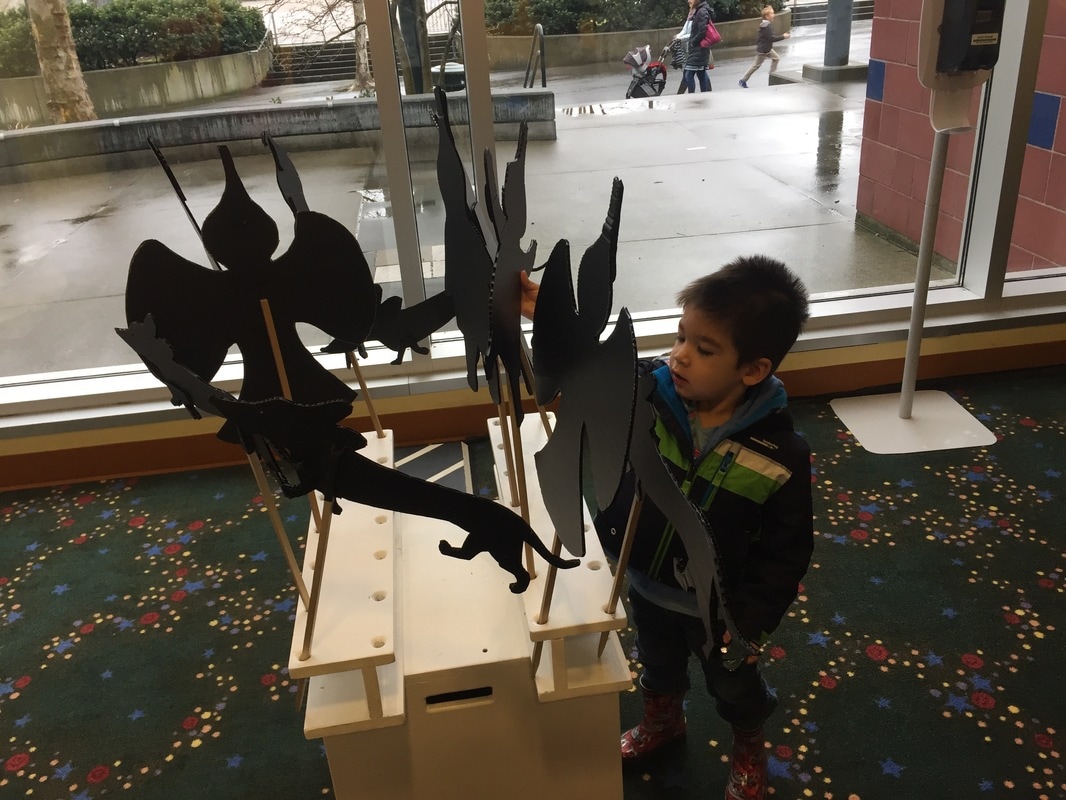 There were shadow puppets available in the lobby for children to play with. 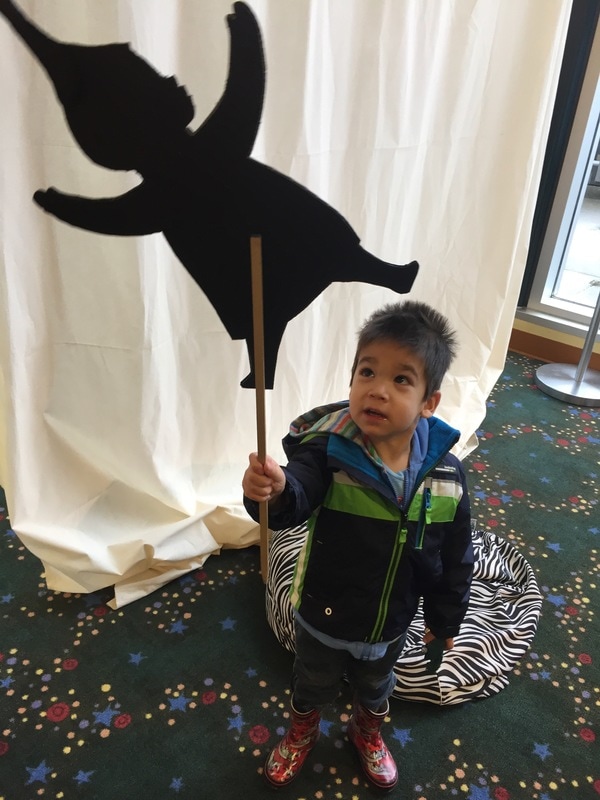 Of course my son chose the Peter puppet to explore!
For those who are unfamiliar with Seattle Children’s Theatre, it’s internationally recognized as a leading producer of professional theatre, educational programs, and new scripts for young audiences. As of December 2016, SCT produced more than 251 plays, 110 of which were world premiers, inspiring more than 4 million children. SCT’s School Children Access Programs provides $1.4 million in significantly reduced complimentary tickets for schools and community organizations in the Puget Sound area. 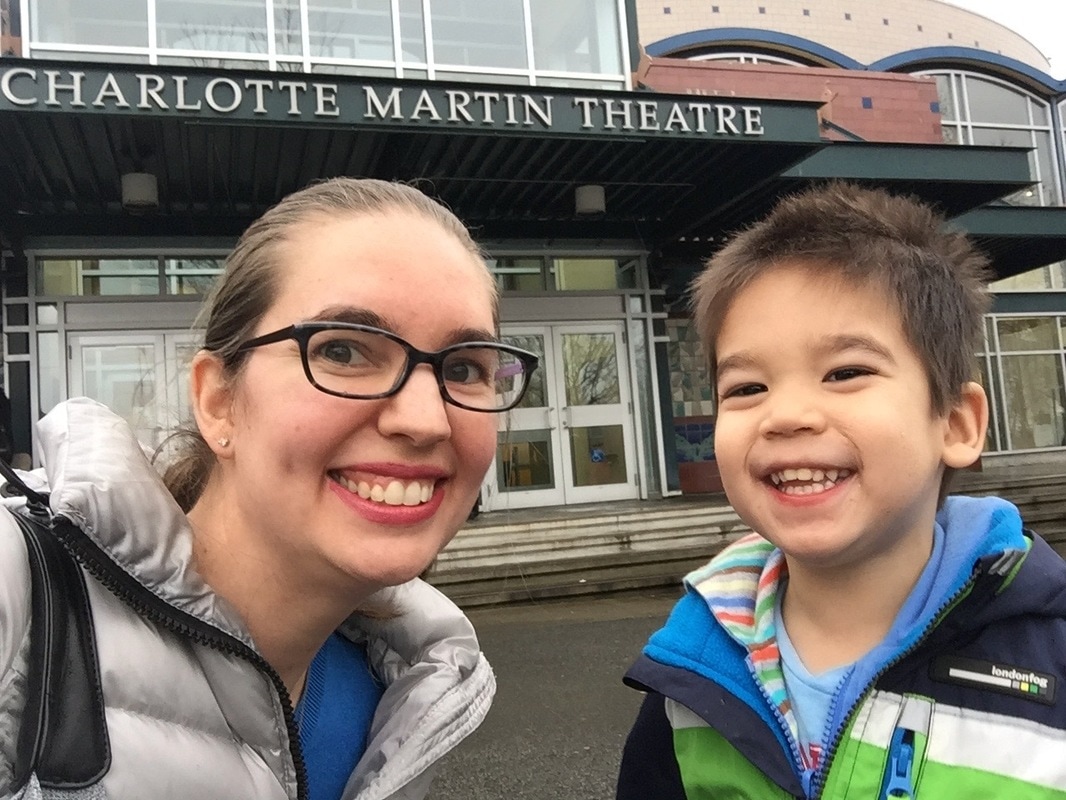 Looks like a great time! I love the theater and try to go any chance I get!

I love seeing him in the theater. My daughter is 10 now but she always loved sitting in the theater. Movie theater or a play, either way she absolutely loves it. She wants me to find new plays all the time for us to go to.

She might enjoy seeing productions at your local High School!

Amazing! I hope I can go to your place. I would like to watch Snowy day and other stories. I love to watch theatrical performances, because I’ve been in theater for how many years. My mom inspired me to join in a theater when I was 17 years old. I am so happy for your 3 year old son. He looks so happy in your post.

Theatre is so much fun for kids!