The Seattle International Film Festival (SIFF) runs May 17 to June 10 in locations around Seattle and the Eastside. While they offer educational programs and film screenings throughout the year, this festival is their main event.

This year, they are opening up their press partnerships to include bloggers. I’m ecstatic they SIFF contacted me to be an official SIFF Influencer this year! Use my promo code marcie2018 for $4 off your tickets.

If you’d like to experience the Seattle International Film Festival with your kids, there are some family-friendly film options. The descriptions are from the official website, as I haven’t seen these yet to form my own descriptions.

Like an indigenous version of Spellbound, this empowering documentary showcases the determination of six young participants in Canada’s inaugural First Nations Provincial Spelling Bee who, with the full support and encouragement of their community, dream of competing in the national championships in Toronto.

“Ultimately an inspirational story for young and old and the importance of always trying to better ourselves no matter what situation we find ourselves in.” David Voigt – In The Seats

Bee Nation is in English, runs 78 minutes long and will be playing in Shoreline on May 26 at 1pm and at SIFF Cinema Uptown on May 28 at 4pm.

BELLE AND SEBASTIAN, FRIENDS FOR LIFE

In the final chapter of the beloved family adventure trilogy about a boy and his dog, Sebastian is starting adolescence and Belle is now a devoted mother of three adorable pups, but a new challenge awaits after a stranger appears in their Swiss village and claims that he is Belle’s rightful owner.

Belle and Sebastian, Friends for Life is in French, runs 97 minutes and will be playing at SIFF Cinema Uptown on May 19 at 11:30am, Lincoln Square on May 20 at 1pm and Kirkland Performance Center on June 2 at 1pm.

A disgraced basketball coach is given the chance to coach Los Amigos, a team of players who are intellectually disabled, and soon realizes they just might have what it takes to make it to the national championships in this hilarious and heartfelt box office smash out of Spain.

“Danged if it doesn’t still somehow work, though, courtesy of a breezily assured pace, actors who wisely underplay whenever possible, and an ending that’s just ridiculously satisfying, even when you can see it coming from three screens over.” Andrew Wright – The Stranger

Champions is in Spanish, runs 120 minutes and will be playing at the Kirkland Performance Center on June 1 at 9pm and SIFF Cinema Uptown on June 8 at 6:15pm & June 9 at 3pm. 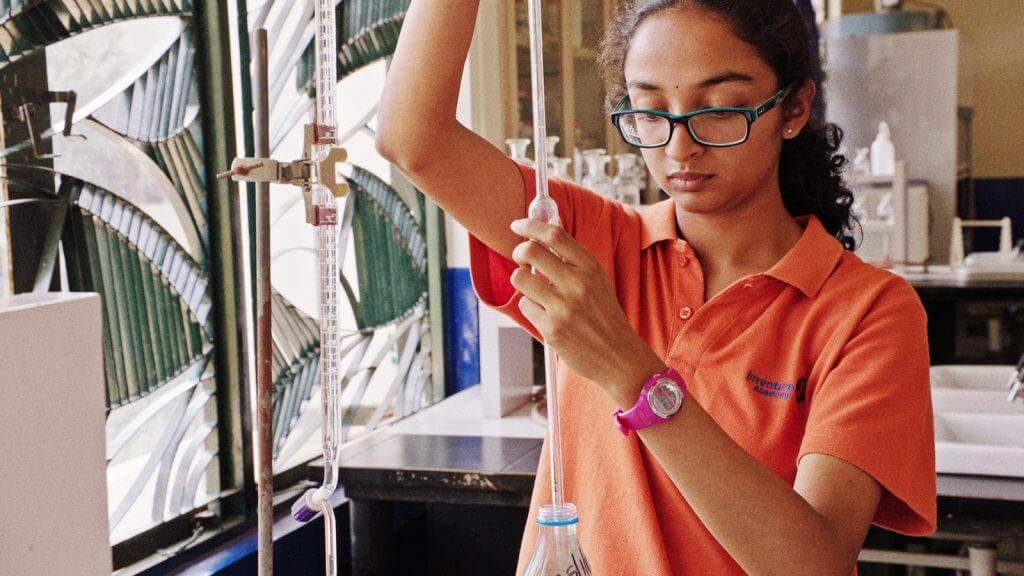 Meet the passionate teen innovators from around the globe who dedicate their blood, sweat, and Bunsen burners to craft cutting-edge solutions to the world’s environmental threats and present their findings at the world’s largest high school science competition, the Intel International Science and Engineering Fair. Ages 13+

A heartfelt and charming journey begins when Abraham, a spry octogenarian tailor and Holocaust survivor played by prolific Argentine actor Miguel Ángel Solá, leaves his Buenos Aires home on a one way trip across Europe in search of the man who once saved his life.

“Solarz develops his protagonist beautifully showing the deep, personal pain he feels from his dark, torturous past, but also gives him a determination, inner strength and pride that have prevailed throughout the character’s life.” Mark Saldana – True View Reviews

The Last Suit is in Spanish, runs 92 minutes and will be playing at SIFF Cinema Uptown on May 23 at 7pm, SIFF Cinema Egyptian on May 25 at 4pm, and Kirkland Performance Center on June 3 at 6pm.

LITTLE TITO AND THE ALIENS 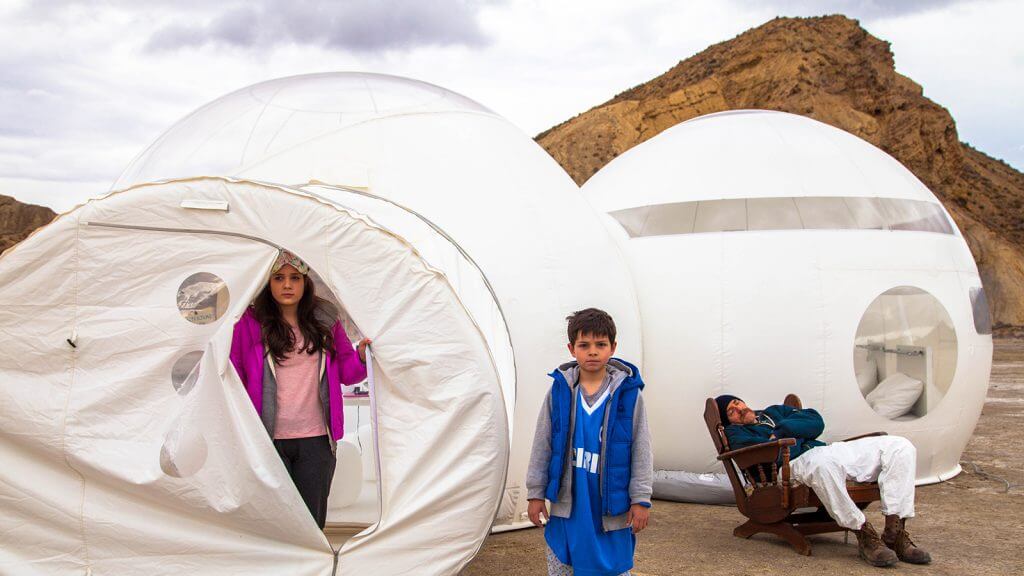 In this moving family drama, a widowed Italian scientist living isolated within a shipping container smack dab in the middle of nowhere Nevada is asked to care for his teenage niece and precocious young nephew, forcing his curmudgeonly heart to find new life.

Little Tito and the Aliens is in Italian, runs 92 minutes long, and will be playing at SIFF Cinema Uptown on June 7 at 7pm, SIFF Cinema Egyptian on June 8 at 4pm, and AMC Pacific Place on June 10 at 4:30pm.

Every year, over 30,000 students prepare for rigorous and daunting piano exams in Ireland. Welcoming audiences into living rooms, music studios, and churches, this edifying documentary explores the bond between teachers and pupils as well as the intense musical dedication required to make the grade.

Making the Grade is in English, runs 96 minutes long, and will be playing at SIFF Cinema Uptown on May 22 at 6:30pm, SIFF Cinema Egyptian on May 26 at 11am, and Kirkland Performance Center on June 3 at 1pm.

MOOMINS AND THE WINTER WONDERLAND

Sweden’s beloved Rankin/Bass-style stop motion Christmas special features the adorable fuzzy hippopotamus-like creatures the Moomins, who wake one morning to discover that winter has come to their peaceful valley. This new English-language version features the voices of Alicia Vikander and Bill and Stellan Skarsgård.

Moomins and the Winter Wonderland is in English, runs 83 minutes long and will be playing at Majestic Bay on May 19 at 1pm, SIFF Cinema Uptown on May 20 at 11:30am, and in Shoreline on May 28 at 1pm.

PICK OF THE LITTER

It’s puppies galore and a ruff’n good time as we watch five Labrador siblings undertake guide dog training, from basic manners to the intensive 10-week course after their first birthday. If only everyone could graduate; not that there’s anything wrong with being a fluffy civilian.

Pick of the Littler is in English, runs 80 minutes long and will be playing at Majestic Bay on May 23 at 4:30pm and at AMC Pacific Place on June 4 at 7pm.

In this beautiful, bittersweet, and profound film from Kenya, a town comes together to make the wishes of a terminally ill young girl come true-help her achieve her dreams of becoming a superhero through the magic of cinema.

“A love letter to the power of escapism, a devastating portrayal of grief and a Kenyan family drama that defies stereotypes, Supa Modo serves as an important reminder that even when heroes die, they can continue to inspire others long after they’re gone.” David Opie – Little White Lies

THE BIG BAD FOX & OTHER TALES…

From the creators of Ernest & Celestine comes three tales-a fox who mothers a family of chicks, a rabbit who plays the stork, and a duck who wants to be Santa Claus-each told with a spontaneity and laugh-out-loud style reminiscent of classic Looney Tunes.

“A lively trio of cartoons that are wacky, heartwarming and wise, The Big Bad Fox and Other Tales showcases an animal farm like no other.” Jordan Mintzer – The Hollywood Reporter

The Big Bad Fox & Other Tales… is in French, runs 83 minutes, and will be playing at AMC Pacific Place on May 27 at 11am and SIFF Cinema Egyptian on June 2 at 11am. 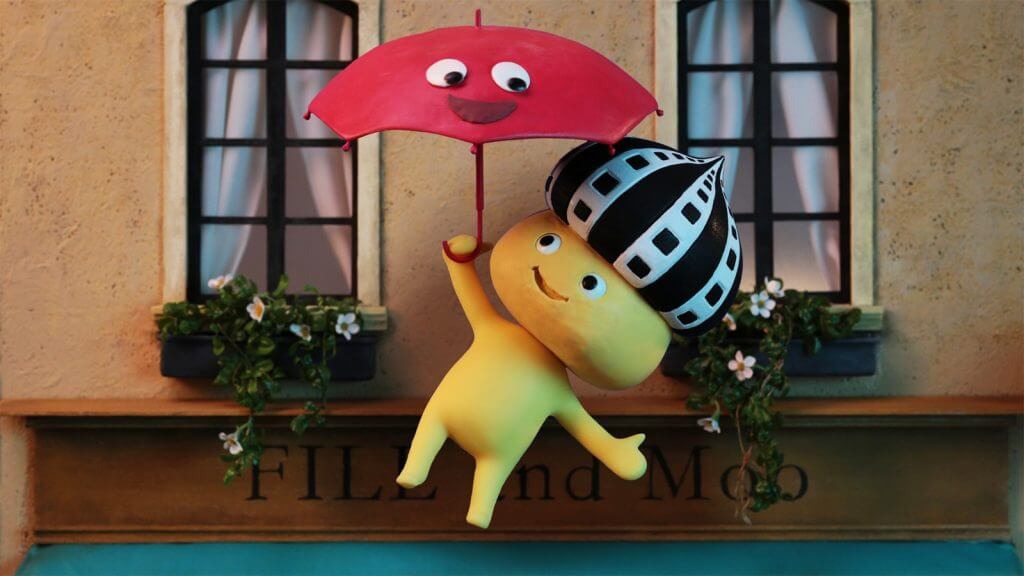 Bring the whole family to the cinema for a playful set of animated, live action, and documentary short films curated for the young and the young at heart.

The Family Picture Show is in English, runs 83 minutes, and will be playing at SIFF Cinema Uptown on May 26 at 11:30am.

Fun Things for Families in Seattle

YAY! thanks for the code!

I highly recommend Catwalk as well, a documentary about the Canadian cat show circuit. My sons (ages 7& 10) loved it, as well as Pick of the Litter.

Way to go, Marcie! We love SIFF, and have seen some interesting movies in the past. Hope we get the tickets. :) But if not, we'll definitely use your code. The spelling bee movie looks interesting, but I'm kind of nerdy like that.

Yes! That one stood out to me, too!

Can't wait for SIFF to start!

I know, right? Should be a great festival!

Sounds fun for the whole family!

I know, right? My kids are so much hipper than I ever was :)