I’m always on the hunt for travel-themed toys for my son. Not necessarily toys that are great for travel, but ones that inspire thoughts about travel and adventure. My son has a great interest in airplanes and airports. He likes to tell me where the airplanes are going and what they are going to do at the airport.

Diggin sent us their Boxset Airplanes to review. It arrived just in time for a play date, so we unboxed it and the kids immediately got to work unpacking the pieces and trying to build the runway.  Then, they immediately brought the pieces to me to put together before they rushed back to grab the airplanes. They were actually silent as they decided where to put the runway pieces and explore the box. The only argument they had was when one wanted to turn it back into box so he could carry it around while they other still wanted to play.

After the play date was over, my toddler continued to play with it for a few more hours. He incorporated his cars/trucks from the movie Cars and created quite a few elaborate scenes with airplane crashes and emergency vehicles. Then he had the airplanes fly around our house finding objects and bringing them back to the airport. We also Facetimed with my Mom in Hawaii where he showed her the airport and all the airplanes and talked about where they were going. 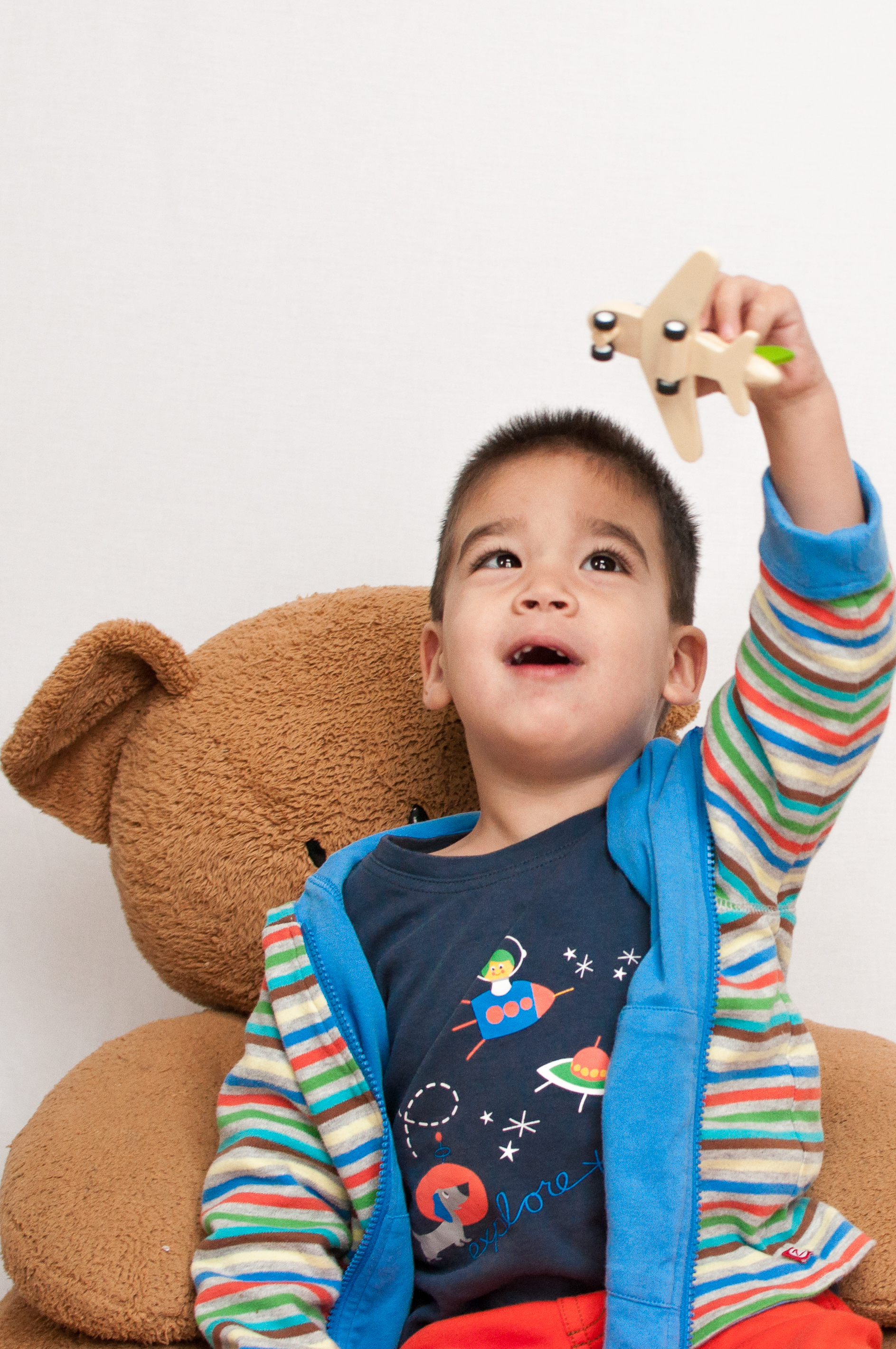 I could see this product being fun to take on a trip. I’m picturing my son playing with it on the floor of the airport in front of the window at the gate where he normally stands to watch the airplanes take off. I could also easily see this as a fun item to set up in a hotel room to occupy him while we’re getting ready for our adventures.

This product says it’s geared for kids ages 3 and up. My son was 2 months shy of 3 years old when he first started playing with it and it was the perfect fit for him. If you have younger kids, you’ll want to keep an eye on the connector pieces since they are small. 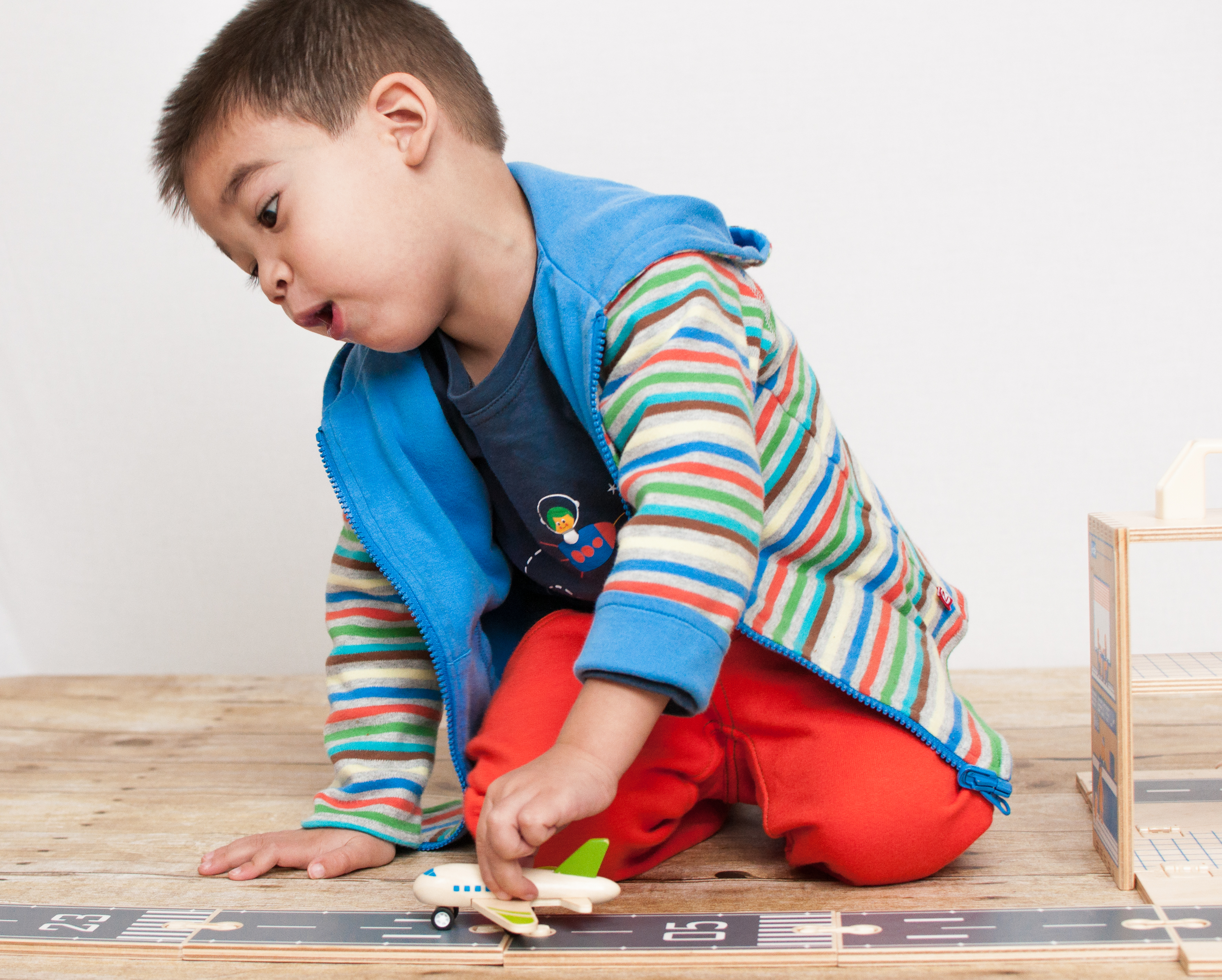 We’ve had the toy for more than a month and I’m truly surprised that he will play with it for several hours everyday. He loves to pack it up and tote it upstairs to his bedroom where he will promptly open it up and play with it. Then, he will say it’s time to clean up, pack it back in the box and carry it downstairs to show us something.

My son recently flew to Hawaii with his Grandma and when he returned, he was excited to use his announcer voice and say phrases like “Get ready for takeoff” and “We’re coming in for landing” as he plays with the airplanes. He was able to reenact he whole flight with Grandma for us using the airplanes, runway and airport, including the flight attendants offering him juice!

The label on the box also advertises a train version and a car version. My son immediately said we “needed” those. If they will also provide as much entertainment as this one, I’d say we just might “need” them, as well! 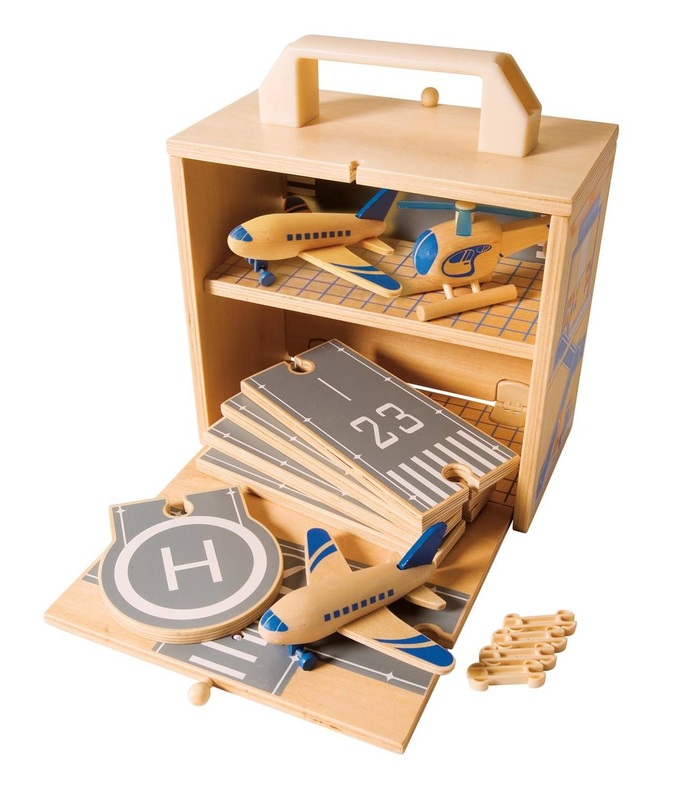 I’m really excited to give away one on my blog!
Diggin gave me this product for review purposes. All opinions are my own.
Click here to cancel reply.

What a fun airplane set! I love how it looks like it's easy to pack up and travel with too!

Terumi, it is! We just tried it out on a recent trip to Vancouver, BC and it was perfect for our hotel room!

How fun! Appears to be of good quality too. Perfect for Owen since he loves planes. How do I enter the giveaway? Paige would like this and when Ty gets older it will work for him too. Thanks!

Hi Aimee, It's really good quality! Owen has bashed it, stood on it and tossed it down our stairs and you can't tell! Just enter your email address at the bottom of the post and click the green "enter" button to enter the giveaway. Good luck!

Oh this look so fun! My girl's would LOVE this! Thanks for the giveaway! xoxo

It is, Portia! Diggin also makes several other boxsets that look like a box full of fun!