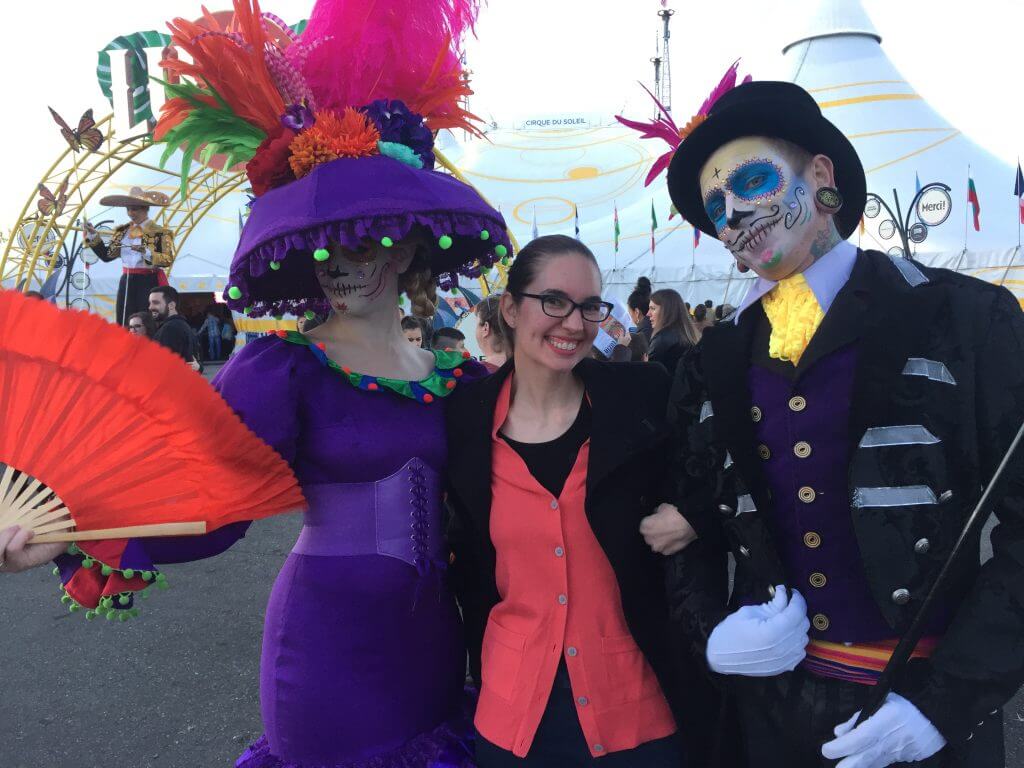 Before the show, several cast members were available for photos.

Opening night was an experience within itself. There were several performers roaming around in front of the entrance entertaining the crowd and posing for photos. Once we entered the Big Top, it really felt like we were at the circus. There were souvenir booths filled with brightly colored items and lots of popcorn! The crowd was a mix of people coming from work, those wearing “Northwest Chic” casual wear, and those who really got in the spirit of Cirque du Soleil. When we got to our seats, I was surprised how intimate the space was knowing that it can seat 2,600 people. The air was filled with energetic anticipation for the show. 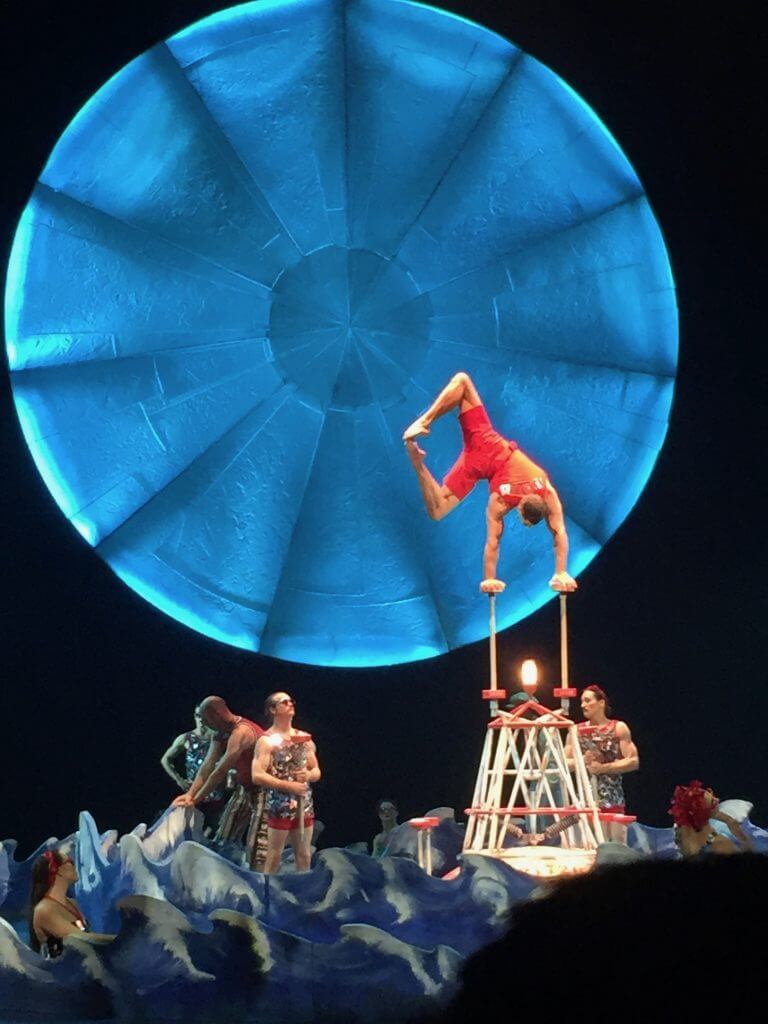 A lifeguard struts about on a buoy among the waves in
a tribute this time to Mexican cinema of the 1920s.

The 3 best words to describe the show are: Mesmerizing, Beautiful, and Awe-Struck. Luzia is set in fantastical Mexico full of vibrant colors and powerful music. They did a wonderful job of incorporating unique aspects of Mexican culture, including Mexican wrestling, golden age of Mexican cinema, football, Day of the Dead and more.

The costumes themselves are worth drooling over. In one of the first acts, a woman dons a butterfly dress that is massive and full of movement. There are quite a few bird costumes that are spectacular. The real show-stopper was the white dress that magically bloomed red flowers.

The best part of the show in my opinion was the use of water. The name Luzia is a combination of the word luz (meaning light in Spanish) and iluvia (meaning rain.) I live in Seattle and opening night was one of the first evenings it wasn’t raining in what felt like eons. So, of course Cirque du Soleil brought the rain inside. The way they incorporated the water into the show was exquisite and not only did it add another level of wonder to the performances, but also allowed for some humor. 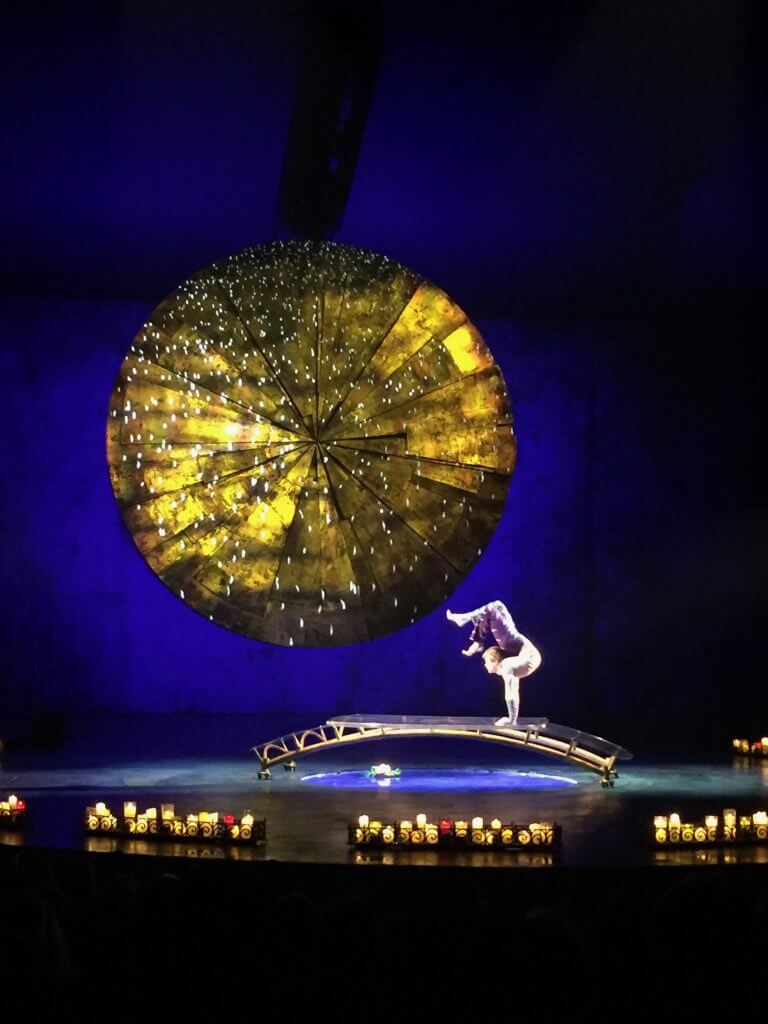 An artist enveloped in a mystical aura amid glowing candles puts his body in knots with astounding ease and flexibility.

I looked around throughout the show and saw quite a few small children. There were a few parents who were wearing their babies and toddlers in baby carriers, which I thought was a great idea. I also saw kids curled up in their seats nodding off after intermission.

Overall, I would definitely recommend Cirque du Soleil’s Luzia to families with children. I also highly recommend to parents as an unforgettable date night worthy of hiring a sitter. As soon as the show ended, I told my husband I couldn’t wait to see the next one! 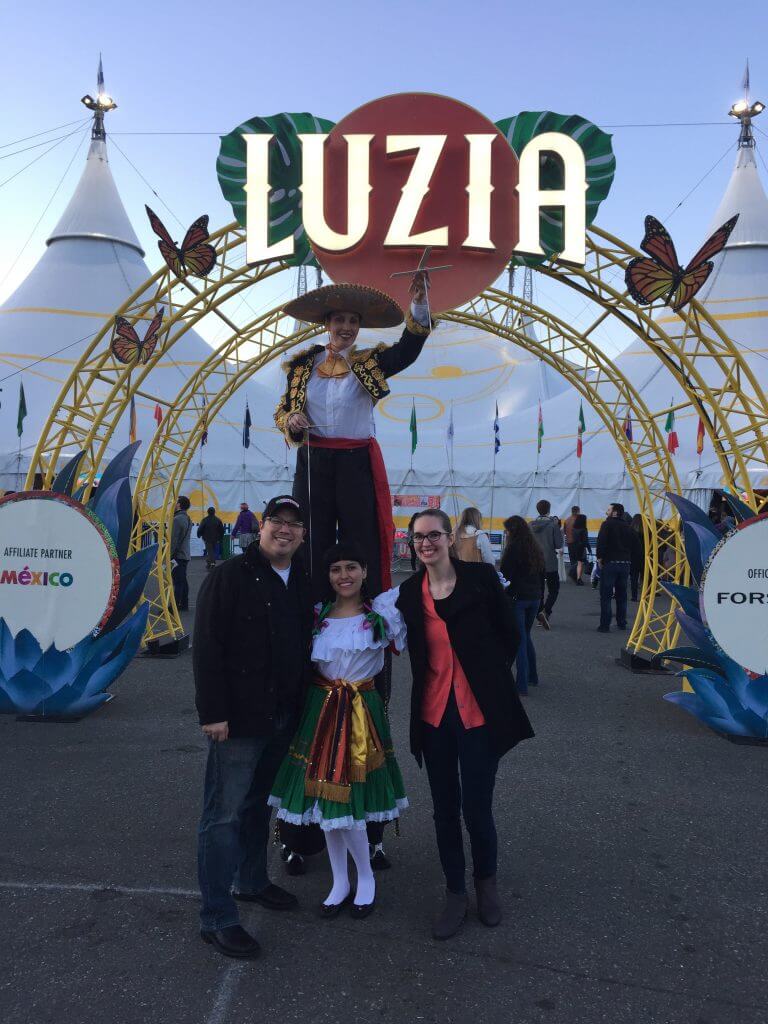 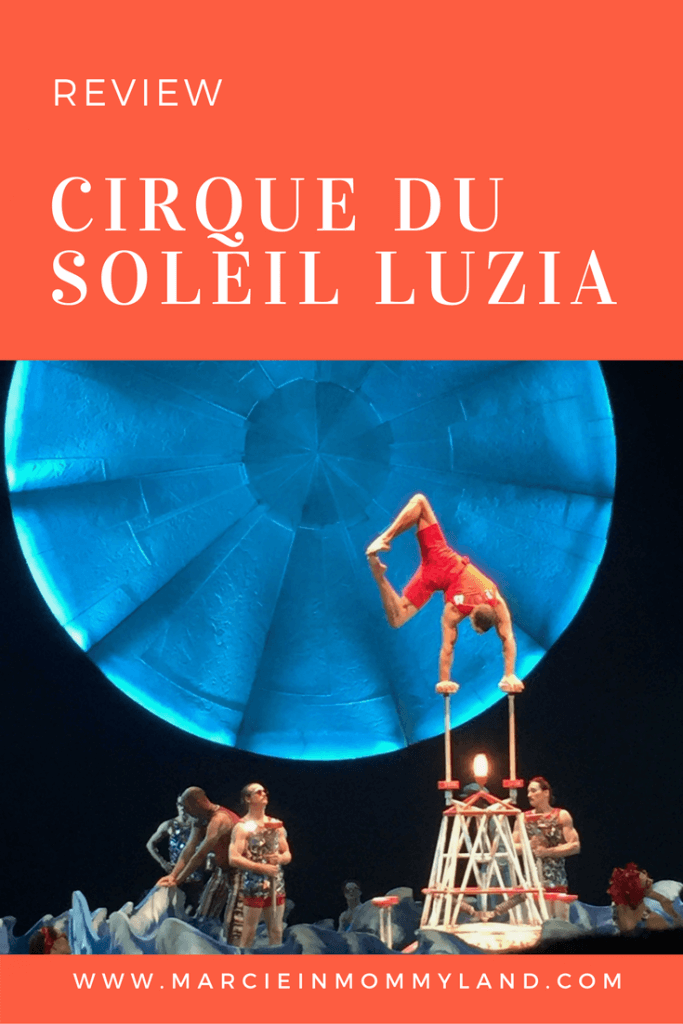 I received complimentary tickets to Cirque du Soleil’s Luzia in exchange for an honest review.

This show looks really good! I love Circ shows. I can't believe some of the things that they do!

I know! The performers are so athletic and talented!

This looks like such a fun event! And it's really close to where my in-laws live as well!

Wow it looks like so much fun! I've always wanted to attend one of those with my kids. I think they would love it! They might get a little scared though.

This one wasn't very scary. I think the giant bugs was the only semi-scary part.

We have been to one cirque show and I'm so glad to read that this newest one is ok for kids too. Mine love the amazing acrobatics and I hope we get a chance to attend this one.

Yes! I was happy it was so family friendly!

Oh how! It definitely looks like it was a beautiful show! Would you believe I've never been to one?!

I hadn't either and people looked at me like I was a hermit!